When we hear of the likes of SpaceX or even Tesla for that matter, these advanced technological companies have always seemed at far reach for those of us in the archipelago. Videos from a distant, technologically-blessed USA just seem foreign to the residents of Indonesia, who think about them as we once thought about Hollywood Movies featuring in the cinema: “we’ll be the last to get that!” 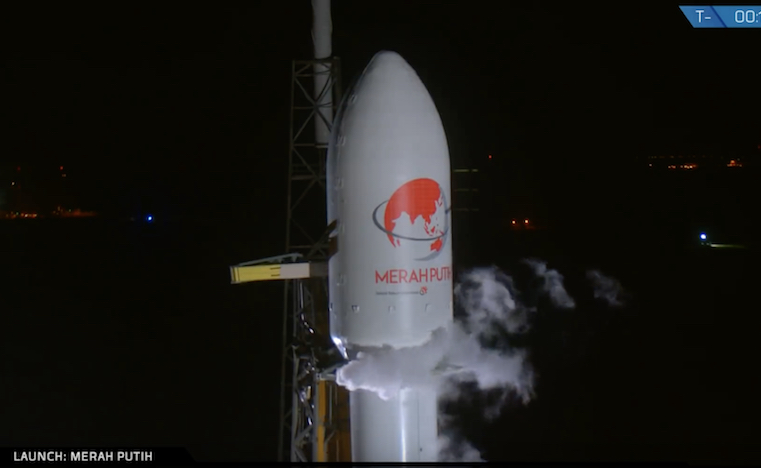 However,  times have changed. Indonesia, now one of the world’s top growing economies, is part of the global dialogue. This week that dialogue consisted of government-run communications company Telkom working together with SpaceX to launch their ‘Telkom 4’ Satellite. This new satellite was launched to replace the first Telkom satellite which has been operational since 1999.

Telkom 4, patriotically named “Merah Putih” (or red and white, a reference to the Indonesian flag), will orbit at 32,000 kilometres above the Earth’s surface and will be fully functional by the third week of September. The Satellite has 60 transponders and will help to spread the services  of the current Telkom 2 and 3s satellites to cater for Indonesia’s rising demands in communications. 24 of the 60 transponders will be used to customers in SEAsia and South Asian countries.

Beyond just the practical uses of the satellite however, there is without a doubt something “cool” about Indonesia working together with SpaceX. Yes, the company’s services allow for an efficient and more cost-effective launch but it also signals that Indonesia is playing with the “big boys” of the world, working together with one of the most promising technology companies to date, putting Indonesia’s name on the map.

Watch the highlight of the launch of Telkom 4, and just try not to think a satellite with “Merah Putih” on its head, flying into space is totally awesome – because it totally is: