Connect with us
Photo: Encyclopedia Britannica

You probably already know that Java is incredibly densely populated – and it’s no surprise given that it’s home of 60 percent of the Indonesian population.

Here’s a look at how densley populated each province in Indonesia is. 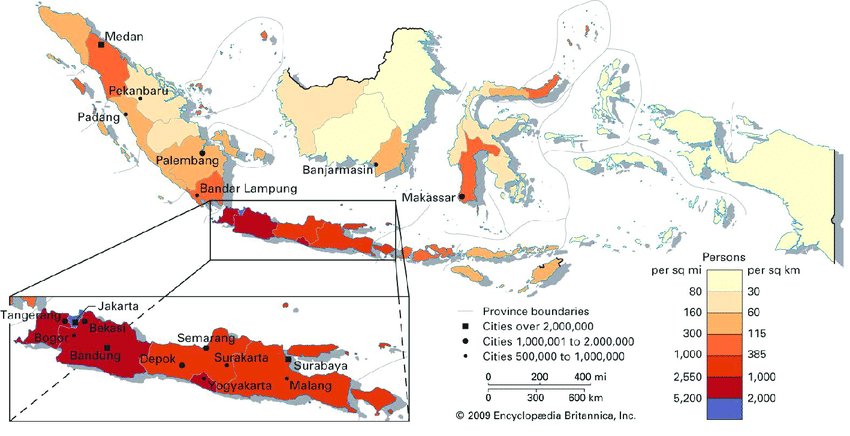 The image above gives an illustration of the Indonesia archipelago and its population which shows an uneven distribution.

Java (red color) is the most densely populated island, with mean density of over than 250 inhabitants per square kilometer.

Jakarta, the capital of Indonesia, is the most densely populated city in Java, with a density of 15,327 inhabitants per square kilometer.