Amongst the tragedy of the Sulawesi Earthquake, one Manchester City fan has something to smile about.

Manchester City’s record signing, Riyad Mahrez, sent 12-year-old Rizky, who is also his biggest fan, a message of support after he escaped death in the most incredible way. 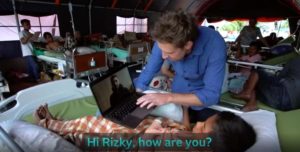 Risky was watching Man City highlights in an internet cafe when the Earthquake hit. Breaking his arm while trapped under the rubble, it was a neighbor that finally rescued the young football fan.

What happened next could bring a tear to your eye…

The story is reminiscent of the Martunis Ronaldo, who was adopted by Cristiano when he was orphaned following the 2004 Tsunami.

Thankfully, Rizky was reunited with his family. But the hope that footballing heroes can inspire in the young boys and girls in Indonesia’s tragedies cannot be overstated. 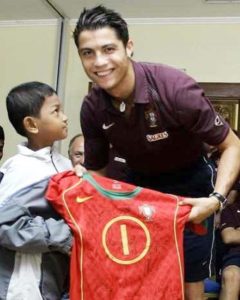 Interestingly, this message was sent over the weekend… before Man City’s 0-0 draw with Liverpool.
Mahrez missed a penalty in the final minutes of the game.

And he really missed it. 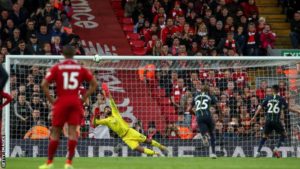 Was Mahrez’s mind on Rizky and the Sulawesi Earthquake victims rather than on the game?

But the fact that some things are more important than football would help explain one of the worst penalty misses in history. 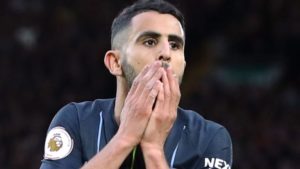