Attendees described the performance as “The Worst Performance Ever” and a “Disgrace”.

Macy Gray performed at Finns Beach Club in Bali on Saturday night – a performance which was received so badly by the audience, Finns offered to refund all general admission tickets. An insightful summary was provided by one Facebook user as shown below:

After hours of intense backlash on social media the next day, Finns made the call to refund the tickets – thumbs up! 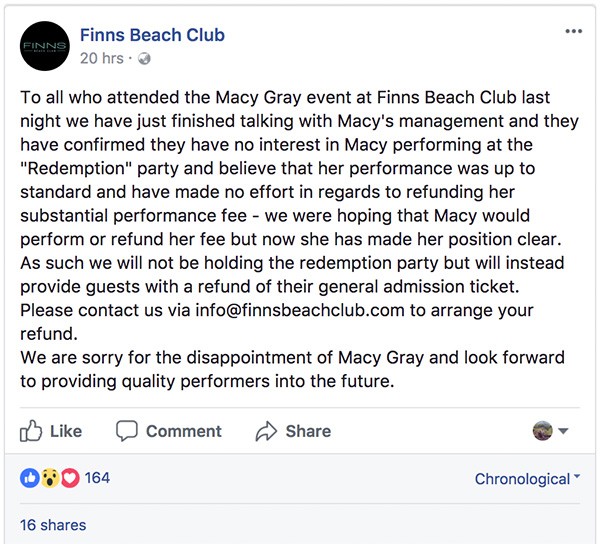 Check out a video of her performance here:

Man Releases Snakes In Courtroom To Fight “Injustice”
Inventive, Complicated Names For Kids Is The New Trend In Indonesia