A week is a long time in Indonesian News.

Understandably you might have missed something. So we scour the internet for the important, positive and mildly interesting stories from the last week of noise so you don’t have to.

So here’s our Round up of the Good, the Bad and the Ugly to come out of the archipelago in the last week of news.

And we start, here…

In return for exiting the region, Uber will take a 27.5% stake in Singapore based ride-sharing Grab. Though it also poses an opportunity for GoJek, prompting this open letter from the Indonesian company.

In typical Indonesian style, it’s forthright honesty and respect can also be read as a middle finger to the company that started it all… 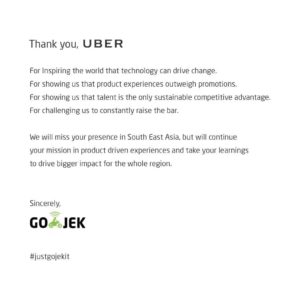 They may need that extra market share, as GoJek drivers protested their unlivable Rp. 1,600 per kilometer wages last Tuesday.

With uncharacteristic haste, government officials were talking to the heads of GoJek and Grab on behalf of the drivers the next day. Though the wage increase is more likely to be around the Rp. 2,000 mark instead of the Rp. 4,000 they were hoping for.

It can get heated at protests, but this one must have been particularly sweaty in those thick green jackets… 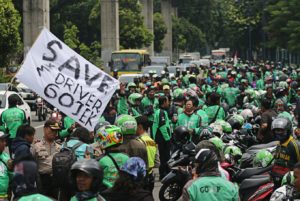 One of the most admired footballers and men on the planet almost broke the internet during his stay in Indonesia last week. David Beckham was in town promoting an anti-bullying campaign on behalf of his 7 Fund.

Incredibly, according to UNICEF:

“1 in 5 teens (in Indonesia) aged 13 to 15 – or 18 million students – experiencing it, leading to mental health problems and school dropouts”

It was a 15-year-old girl from Samarang, Sribun, who shared center stage with the footballing legend for her courage in overcoming the bullying at her school and leading their anti-bullying campaign.

And if anything is going to silence the bullies, it’s a couple of snaps with Becks himself. 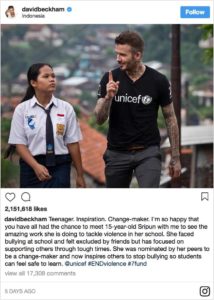 6.4 Earthquake In The Banda Sea

There is always a particular alertness when an Earthquake occurs in Indonesia, which is why last week started with a bit of a scare on Monday when headlines reported a 6.4 quake in the East of the Archipelago.

A Tsunami warning was elevated, but thankfully we are not reporting a catastrophe. 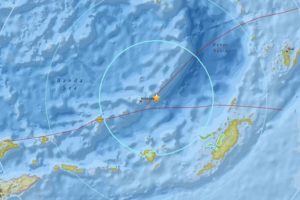 We can all relate to that eagerness to get home after a long days work. But the rush hour in Jakarta can bring out the inner child innovator.

In desperate attempts to get the first Ojeks home, commuters at Duri Trainstation can be seen running up the descending escalators like children in an empty shopping mall. Needless to say, the video went viral.

Miss Posman told Mr Forte that she gambled on movements on the DAX, the German Stock Exchange, and regularly earned £500 a day. The love fool that Mr. Forte was, he believed her.

According to the Daily Mail:

“By the time he realised she had run up a £3.5million gambling debt, he and his parents were £169,000 poorer and his marriage was over.” 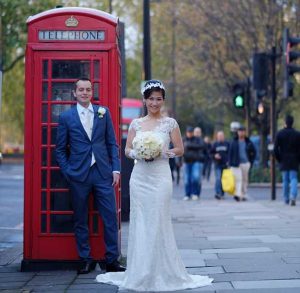 Photo of the Week

We end with the classic negotiation of bikes on a one lane bridge. Who do you think won in this… 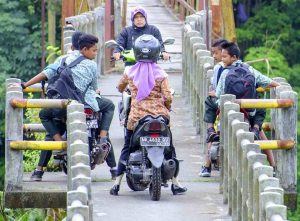