The 2020 New Year’s Day floods in Jakarta may be the historical moment when Indonesia’s capital lost its War with Water.

When the world’s most congested streets are motor-less,

When your government has already decided to relocate from the world’s most populous island, 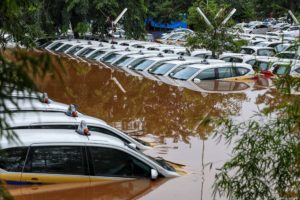 The new decade hit us in the way it means to go on.

At this rate, Greater Jakarta will be the the first Megacity to be consumed by water since Great Atlantis.

It’s the most amount of rain on a single day ever recorded, smashing the previous 340mm set in 2007,  though records only date back to 1996. 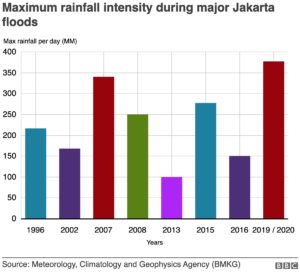 Rainfall above 150mm per day is considered extreme by the agency.

So we are at double-extreme-plus.

The El Nino weather cycle has lead to a delayed rainy season. As a result, no weatherman or authority figure would dare declare that the first bout of heavy rain this is season will be the last, or even the worst. 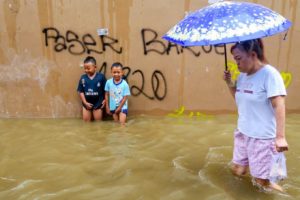 The “New Normal” of climate disruption can be a misleading term.

It suggests a new predictable climate pattern we can get used to, and plan for, even if it is more destructive. 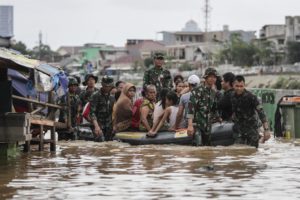 This situation Jakarta finds itself in is deeper than rainfall.

A modern Jakarta built upon a Batavian blueprint. 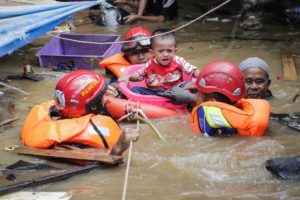 The bravery and selflessness of recovery teams cannot be understated.

Though they face, literally, an uphill task when 40% of Jakarta is already below sea level, due to the extraction of drinking water through illegal wells.

It’s the quenching of thirst that is the main cause of the city’s existential crises. That in itself is a technical problem, but one currently deemed too challenging too honestly attempt.

But if the recovery effort is expected to cost $1.5bn for the New Years floods, where does that reactive spending end? How many more catastrophe’s along the Ring of Fire, climate or otherwise, are we in store for in 2020?

It seems we could have a Manhattan Project level of engineering expertise, imaginative thinking and a blank cheque tackling Jakarta’s dire situation. Collective wisdom could still arrive at the same conclusion as the Indonesian government: 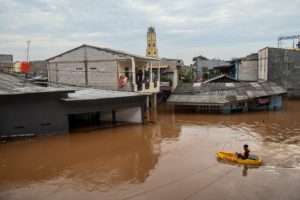 Reasonable fear is turning attention from prevention to mitigation.

This is why meteorology and geophysics expert from the Bandung Institute of Technology, Armi Susandi,  has said:

“The only thing that we can do is adapt to future conditions.”

“The government should also give incentives to the people regarding disaster mitigation, as well as promoting climate-change adaptation. For example, building necessary facilities that will ease the impact from climate-induced disasters.”

In the blink of an eye, before we could even imagine an underwater Jakarta as a possibility, we are already considering it a lost cause.

Even if, and when, the unfathomable fathoms itself, there will still be Jakartans. 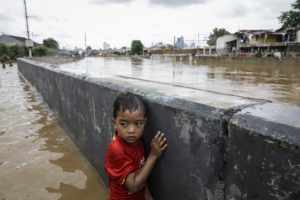 There will still be millions living amongst the submerged ruins of a once populous, never glamorous though always charming Megacity, consumed by thirst and a hunger for growth.

Hence, there needs to be an order of magnitude increase in the severity, humanity and intelligence in which we approach this realistic fate.

Otherwise, even by the end of the decade, we will be longing for the floods of New Years 2020.

A Floating Market Emerges Among The Jakarta Floods
Netherlands vs. Indonesia During The Wet Season