Jakarta is the most popular Instagram destination in Asia, and came in sixth place globally, according to research by airport bus company Hoppa.

The research is based on the number of posts published on the social media platform from March 2018 to March 2019, containing hashtags from various destinations.

Jakarta, with over 55 million hashtagged photos, has also been named one of the fastest growing cities in the world by the World Travel and Tourism Council (WTTC) 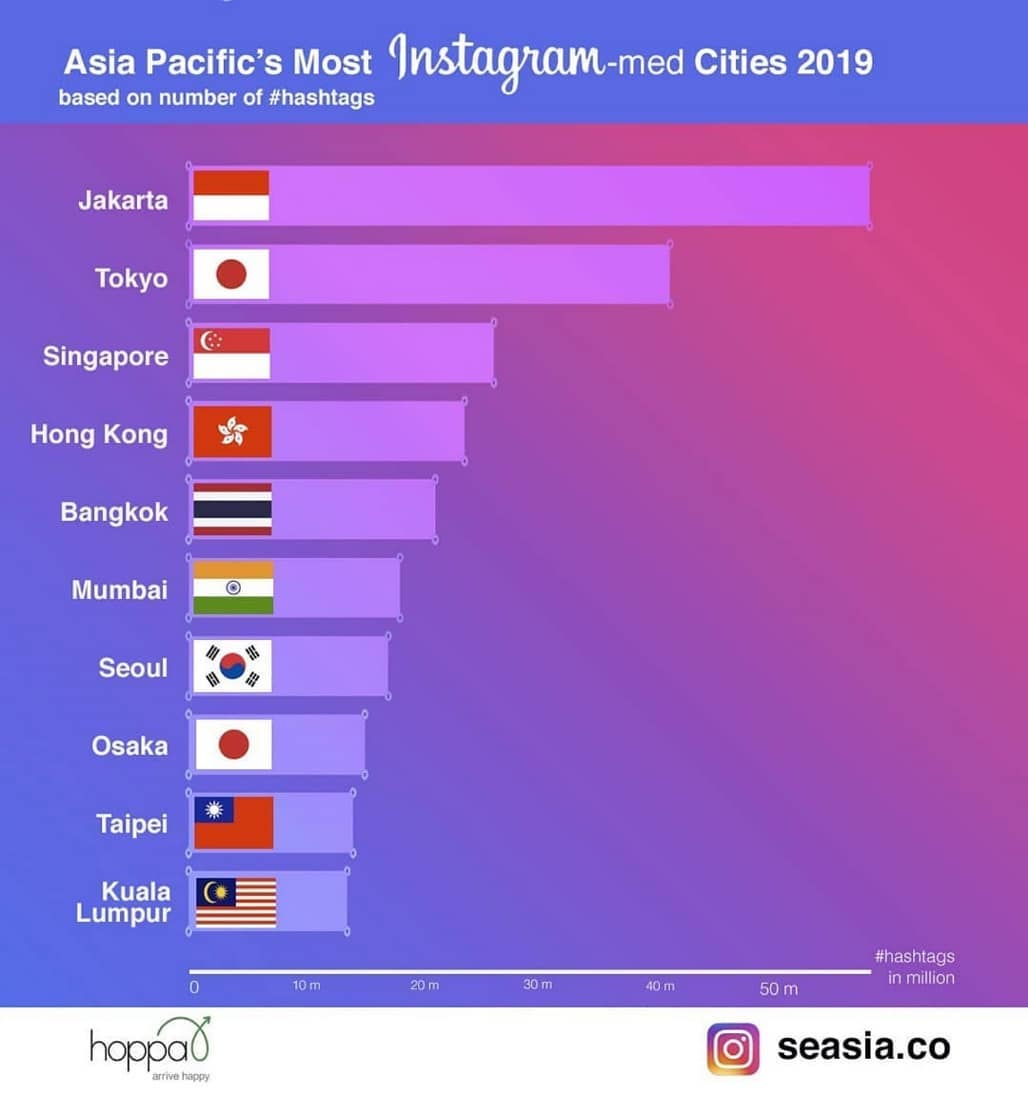 London is the world’s most photogenic destination for 2019 with 118 million hashtags. The English city beat Paris and New York, the latter of which was ranked first when the study was last conducted in 2016.

Here are the full results: