Connect with us
New York Times

Jakarta is facing its own inconvenient truth.

Indonesia’s capital is sinking even faster than climate change can cause sea levels to rise. And while the opinions of those who believe humans aren’t the cause of climate change continue to hinder meaningful action, Jakarta’s situation is undeniably man-made.

And it’s happening as you read…

Sea levels are rising by 2mm a year around Indonesia 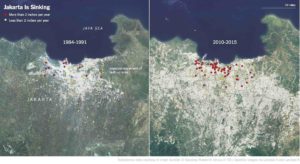 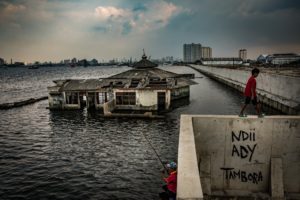 On average, Jakarta is sinking between 5cm-10cm 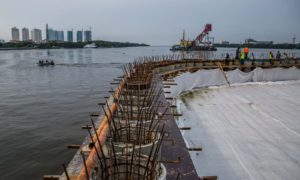 50 times faster than the coastline is rising 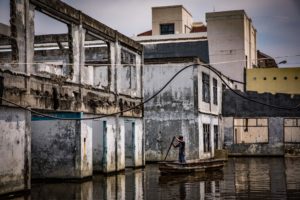 More than 4 million people live in neighbourhoods below sea level 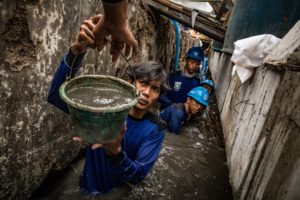 40% of Jakarta is below sea level

This is happening so quickly that the coastal wall that is being fortified after previous leaks, may itself be underwater by 2030. 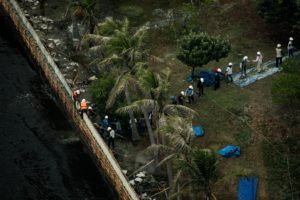 The reason for this state of affairs is simple. Jakarta does not pipe in enough drinking water into the capital, making it necessary for thousands of wells to be dug below the city to provide sufficient drinking water for it’s 30 million inhabitants. 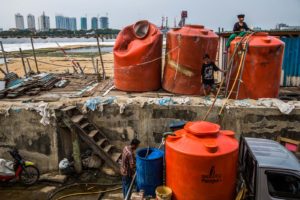 Without a modern sewage system, the old Dutch-era canals are grossly ill-equipped to deal with the sewage of the city. 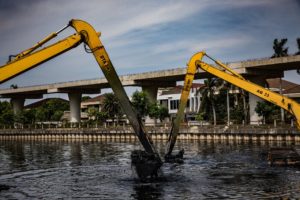 In addition, the concretization of Jakarta due to massive amounts construction serve to apply more downward pressure on the land, without replenishing groundwater supply.

As the New York Times put it:

“Jakartans are digging illegal wells, drip by drip draining the underground aquifers on which the city rests — like deflating a giant cushion underneath it.”

We Have 10 Years To Save Jakarta

Ambitious plans to build the National Capital Integrated Coastal Development (NCICD) or Great Garuda – a Great Sea Wall off the coast of Jakarta – is a USD$40 billion attempt to halt the encroaching sea levels. Though huge reservations remain on how effective, this will be, potentially being an expensive bandage to a more fundamental problem. This is to say nothing of the tens of thousands of residents who will need to be relocated. 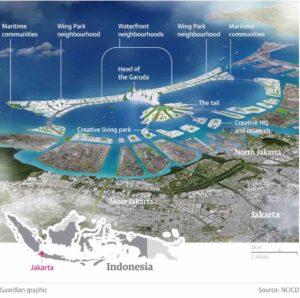 The planned, though postponed, revamping of the sewage system will cost Rp 7.2 trillion (US$528 million). On top of this, Jakarta needs to find a way to allow the groundwater to replenish faster than we are extracting it by piping fresh water into the capital and providing it directly to homes.

Imagine a Jakarta where you could drink from the tap?

It’s exactly these kinds of solutions we need in the next decade if Jakarta is to stay above water.

Alternatively, we all evolve gills.

Indonesian Start Up Makes Edible Cups From Seaweed
Bali’s Mt. Agung Erupts Again – But Is It Over?