“For the gram” has never had a more sinister meaning.

Four Indonesians have been arrested in Surabaya because of an alleged baby-selling operation using Instagram.

An account that had 700 followers before it was removed, posed as a family welfare agency, posting images of pregnant woman, ultrasounds and babies.

The account was full of baby’s pictures, their faces blurred out, along with details of their age, location, and religion.

This is how they advertised, contacted and sold babies. 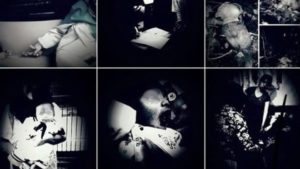 According to Surabaya police, a telephone number was provided so potential buyers could continue negotiations via WhatsApp.

Though none of the posts explicitly revealed the intention of buying and selling children, police have arrested four people after intercepting a transaction was due to take place on 3rd September. 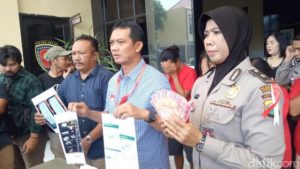 A 22-year-old woman only known as LA, attempted to sell her 11-month-old baby.

The broker stood to earn Rp.5 million for her role.

Alton Phinandita, the alleged owner of the Instagram page, would have got Rp.2.5 million – presumably for being the most sadistic influencer on the platform. 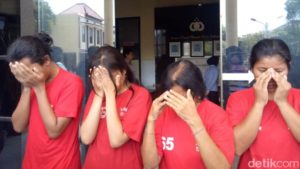 Thanks to the diligent work of the Jatanras cyber team, the baby-selling ring was brought down. The agency in charge of patrolling Indonesian cyberspace deserves particular credit, due to the incredible amount of noise and nonsense out there.

Instagram took down the page as soon as it was alerted to the situation.

There’s a range of emotions that one feels when hearing that a baby-selling operation occurred in plain sight.

Disgust is perhaps the initial reaction.

What must a mother be going through for her to arrive at a price for her child, 1 month away from it’s 1st birthday?

Despite LA’s Instagram enablers, it was the fear of having a child outside of wedlock, the “shame” she would bring on her family that drove her to sell her child. 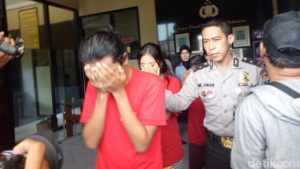 This truly is a 19th Century approach to female empowerment.

Indonesian family planning, and the lack of support – financial and emotional – for single mothers.

10 Things You Need To Know About Bitcoin, Cryptocurrencies And Blockchain In Indonesia
Lion Air Flight JT-610 With 189 Passengers Crashes 13 Minutes After Jakarta Take-Off