Connect with us
Photo: Joshua Oppenheimer

Joshua Oppenheimer is at it again.

And in Semarang, hundreds of members of the military command in Central Java’s capital, Semarang, attended the screening of “Senyap” (“The Look of Silence”) last week. The film is by award-winning American director Joshua Oppenheimer — a documentary movie about Indonesia’s bloody anti-communist purge, which has often been blamed on the Indonesian Military.

This move should be lauded. Since Oppenheimer’s first film, 50 years of secrecy and evasion over what really happened in 1965 are being heard, and being paid their due diligence by Indonesia’s most powerful institution.

Could this be a bold new step by the military in coming to terms with the truth of what happened in the 1965 coup, and their role in aiding it?

The screening was held soon after the, “Look of Silence” was awarded a Bodil Award from the Danish Film Critics Association for best documentary film, and was held in the headquarters of the district military command.
In attendance was Lt. Col. Taufik Zega, as well as chiefs of subdistrict military units under his supervision. 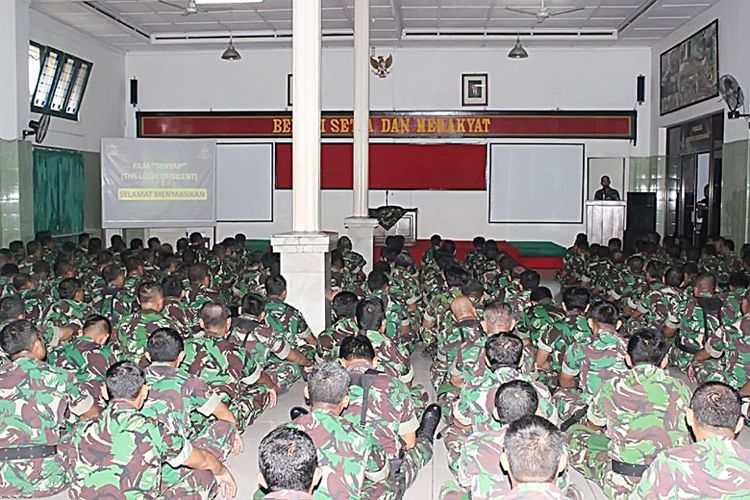 It may be a stretch to imagine a full analysis of the “facts” were presented in attempting to “avoid misunderstandings”, but opening Oppenheimer’s emotive storytelling to the commanding heights of Indonesia’s military should not be understated.
The film itself presents an honest insight into the events of 1965 and the ramifications that can still be felt today. 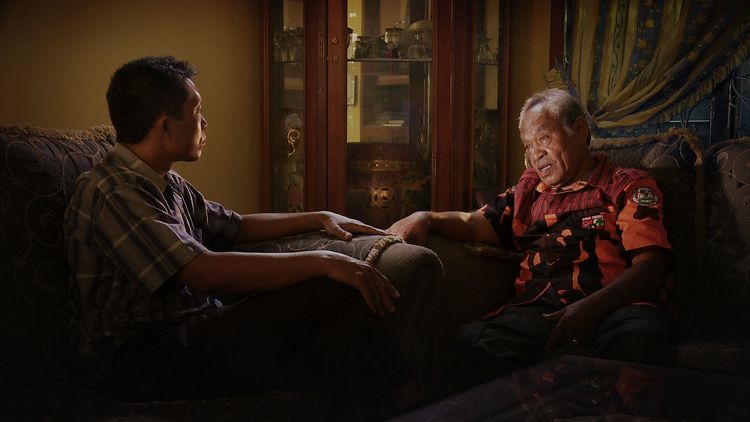 While “The Act of Killing” explores the anti-communist pogrom by getting the perpetrators to re-enact their crimes, “Look of Silence” examines the massacre through the eyes of its victims.
The huge transformation in the “post-Act of Killing Indonesia” over the past 3 years is evident by the contrasting reactions to the two movies. While “The Act of Killing” screenings were held in secret, many of which were broken up by the same forces that were exposed in the movie, now “The Look of Silence” is being watched by the military and openly discussed.

In the long battle for truth, this should be seen as a huge step in the right direction. The military is now openly coming to terms with their involvement, and actively discussing this hidden history with the next generation of Indonesian soldiers.
After 50 long years, we are finally seeing progress.