The Resonanz Children’s Choir (TRCC) has once again proven their abilities to the world by bringing home another trophy from the  30th European Grand Prix for Choral Singing. 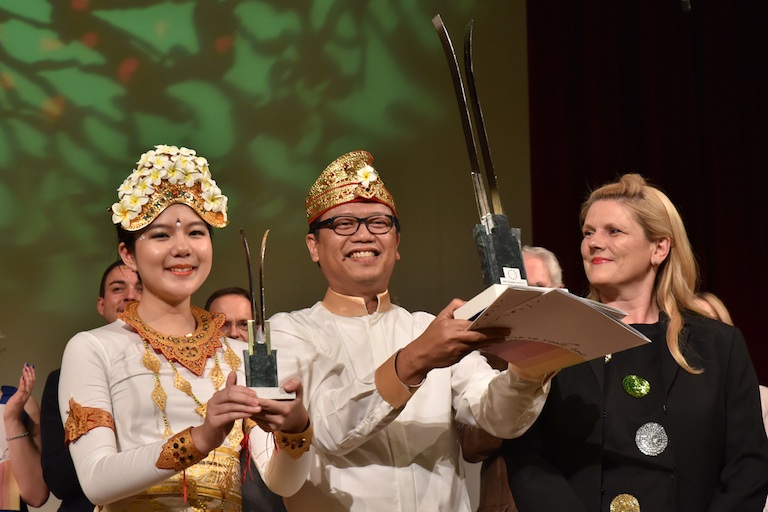 Last year, the Resonanz Children’s Choir won 1st prize in the Children’s Choir category of the Tolosa Grand Prix held in Spain. This granted them entry into the prestigious European Grand Prix for Choral Singing, the finals of which was held in Slovenia on the 21st of April 2018. The choir, led by conductor and director of TRCC Avip Priatna, is well known for their creative and choreographed takes on traditional Indonesian songs.

This year, dressed in the golden ‘prada’ wrap of Balinese traditional dress with a frangipani-adorned headpiece, much like Bali’s rejang dancers (or udeng for the men), The Resonanz Children’s Choir performed an original arrangement of song and choreography that pays homage to the island of the gods. 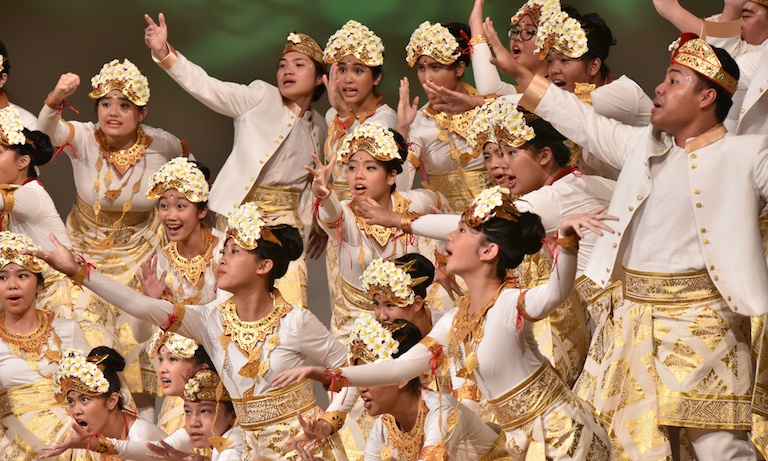 The astounding performance saw elements of the Kecak Dance, with subtle “cak” being heard, Balinese prayer chants as well as classic Balinese dance stances and styles presenting a visual feast for the audience. The children’s ability to sing perfectly whilst performing these dance moves is certainly something that should be applauded.

Whilst in no way taking away from Avip Priatna’s and the Resonanz Children’s Choir’s skill and determination, it goes to show that when we are able to capitalise on our amazingly colourful and intriguing culture, the world will always be amazed. Watch their brilliant performance below: