Indonesia’s traditional fried-based diet is the source of many overweight citizens.

But say this to lovers of ayam goreng and expect retaliation.

One such (unverified) story of fried chicken retribution went viral on Thursday, 30th May.

So the story goes, Frederico Hill was innocently queueing for some food at an unknown restaurant.

Behind him in line, a mother and child are arguing over the quantity of chicken that said child would be sanctioned for lunchtime.

“The mother allegedly told her kid that he can only eat one piece (of fried chicken) if not he will “end up fat like uncle in front”, referring to Hill”.

So angered by the snide comment from the woman behind him, Hill asked restaurant staff if the all the chicken they had was on display.

Hill proceeded to buy all the chicken that was left, forking out Rp.240,000 for 15 pieces of Chicken.

“Hill described how he then watched the staff explain to the mother that their chicken was sold out, and she would have to wait 30 minutes for the next batch to be ready.”

“He also added that her child kept whining through it all.”

Hill said that seeing the look on their faces was “priceless”:

Revenge May Be A Dish Best Served Cold, But Fried Chicken Isn’t

The objective humour of this scenario is captured by the great meme game of the netizens commenting on the original post. 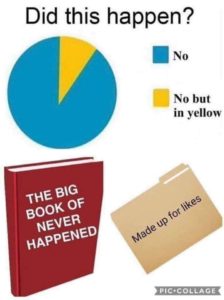 While the spitefulness and image of a whining kid who’s a chicken wing away from a meltdown is chuckle-worthy, this joke came at the expense of 15 chickens.

Let’s hope he either gave them away, or he actually did live up to the “fat uncle” accusation and finished them all himself.