Kopiko has boldly gone where no coffee-flavoured candy has gone before.

The famous Indonesian sweet was spotted at the Thanksgiving dinner of the International Space Station, appearing in two pictures posted on the ISS official Twitter account on Nov 24th. Here’s the tweet, but what’s that familiar black package hiding at the back? 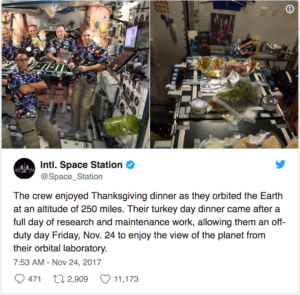 Spotted by the ever watchful eyes of the Indonesian internet, the picture went viral within Indonesia’s social media circles. 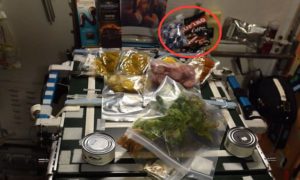 Though a surprising appearance on the other side of the clouds, it makes sense that such candy would be made use of by the ISS. Have you ever tried to make a cappuccino without gravity? Global marketing director of Kopiko’s producer, PT Mayora Indah, Ricky Afrianto remarked,

“Since they can’t really drink liquid coffee [in the ISS], having the Kopiko coffee candy is a good idea.”

A novel solution for the caffeine addicts to get their fix in the outer atmosphere!

If you’re interested, Thanksgiving in space this year also included lettuce that is not of this world…

Indonesian Logo Quiz – How Well Do You Know Your Brands?
Metalhead Jokowi Given Metallica Box Set By Danish Prime Minister