Despite the most costly natural disaster in over a decade, Indonesia has recorded it’s largest number of tourists ever… by November 2017.

The Central Statistics Agency (BPS) announced that tourist arrivals from January to November 2017 reached 12.68 million – 21.84% higher compared to the same period in 2016.

Indonesia had a target of 15 million tourists for 2017. 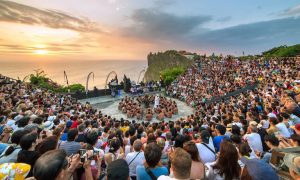 According to BPS head Suhariyanto, the top four contributors of tourism were: 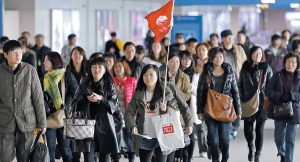 Unsurprisingly, Indonesia’s most popular destination was Bali, receiving 5 million tourists by the end of October. According to Bali’s Government Tourism Office, that’s an increase of nearly 1 million tourists over the same period last year.

The makeup of Bali tourist’s nationality is slightly different to wider Indonesia:

Despite Bali’s huge increase in tourists, the eruption of Mt. Agung caused economic havoc after its eruption over 26th-30th November. 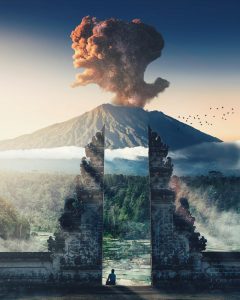 The Natural Disaster Mitigation Agency (BNPB) has stated that the eruption of Mount Agung in Bali has caused losses of around Rp 11 trillion or USD812 million. Rp. 9 trillion of the loss was from the local tourism industry.

What do these numbers show?

While many westerners are attracted to the freedom and beauty of Bali, our ASEAN neighbours tend to enjoy Indonesia’s less well-known yet equally tranquil destinations.

The increased Chinese influence on Indonesia’s tourism is where the real influx of visitors is coming from. Expect this to go up and up.

Mt. Agung is proof that the tourism industry can be fickle and an economy reliant on it is subject to fluctuations. With the inevitability of natural disasters in the age of climate change, combined with Indonesia’s precarious position along the unpredictable ring of fire, forward planning and safeguards are a must. 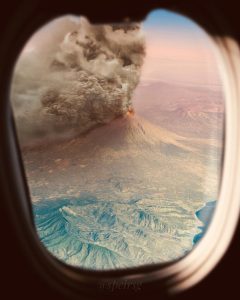 But what these numbers show most of all, come rain or shine, ash cloud or lava flow… people from around the world still love coming to Indonesia.

And that number is sure to increase.