Indonesia has been named the third-most spammed country in the world by Swedish-based smartphone application Truecaller, up from 16th position.

According to the latest Truecaller Insights Report published on Dec 3, Indonesian users currently receive up to 27.9 spam calls per month, with financial services (40%) and insurance brokers (23%) identified as the country’s top spammers.

The data was compiled from incoming calls between Jan 1 and Oct 30 that either were marked as spam by users or automatically flagged, which in total has globally identified 116 billion unknown calls, 26 billion spam calls and 8.6 billion spam SMS messages. 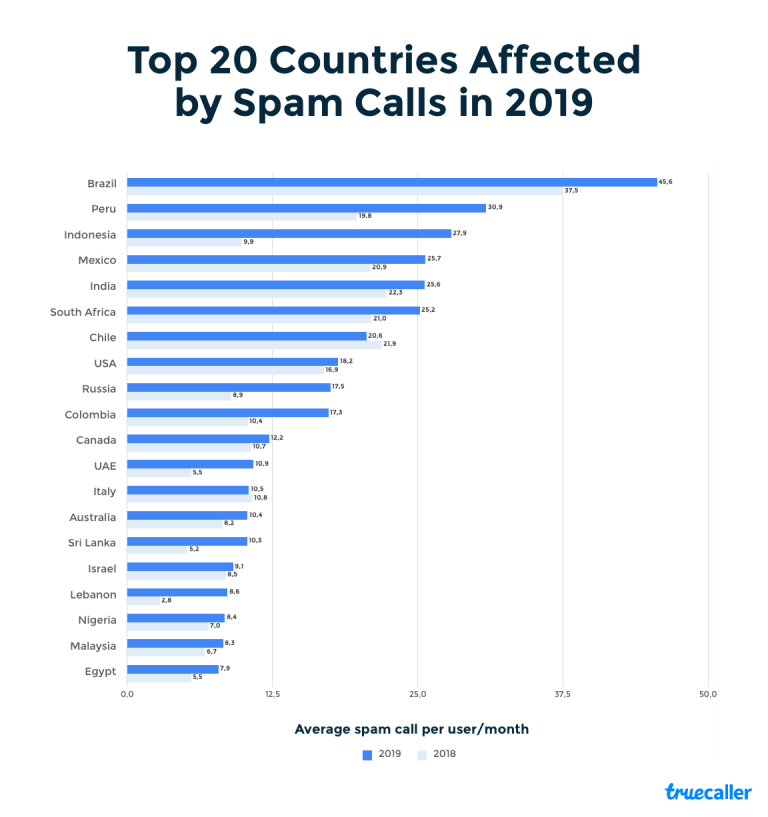 “The most alarming trend is that scam calls have more than doubled in the past year – going from 10 percent to 21 percent,” according to the report, adding that it had received feedback from users that scammers had taken the country’s recent unrest as an opportunity to scam people.

Among the popular scams are said to be the “one ring scam or Wangiri scam”, as well as a fake hospital/injury call where someone calls to report that a family member or friend has been hospitalised and a request to send money for treatment.

The two countries that were more spammed than Indonesia this year were Brazil and Peru.

Aside from spam calls, Indonesia was also ranked 10th in the report’s top-20 countries affected by spam SMS messages in 2019, which saw Ethiopia, South Africa and Kenya sitting in the top three.

On average, Indonesian users receive up to 46 spam SMS messages every month.