In the foothills of Bali lies one of the cleanest villages in the world.

Penglipuran, 45km from Denpasar in the Bangli Regency, offers a drastic contrast to the usual tourist hotspots in Bali. Voted the 3rd cleanest village in the world, the quaint home of 1,000 Balinese has seen an increasing in visitors and global attention due to their innovative methods and desire for sustainability.

So what is Penglipuran’s secret?

In living memory, all the way back in 1990, Penglipuran was just like any other Indonesian village. The local inhabitants had their long held culture and religious practices. To keep them alive, they came up with a plan for their ancestral traditions to run parallel to the unstoppable march of modernization. And it’s working. 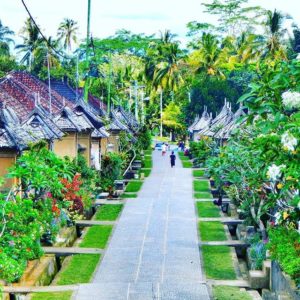 With the help of the Department of Culture and a Tourism Management Program, Penglipuran has avoided many of the developmental programs planned for the area involving bricks and mortar. That’s why it can maintain it’s bamboo architecture. This natural theme carries out through to the house interiors, from the kitchens to the furniture. 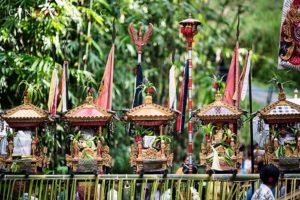 Walking through the old-Hindu angkul-angkul entrance is like stepping through a portal to another dimension. A version of Indonesia where plastic is scarce, all waste is minimal and in its place. In the bin, not on the streets. They even have designated smoking areas… 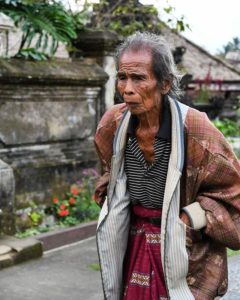 Caring for the local environment is embedded in the daily way of life – an awareness taught from childhood, for generations. In this vein, art studios and school performances are regularly held during the Penglipuran Village Festival to help reinforce this culture of cleanliness within the local consciousness.

The mothers and housewives of the village perform a crucial role as well. Once a month they gather to collect and sort the rubbish. Organic trash is processed into fertilizers while plastics are sold for recycling or put in a “trash bank.” 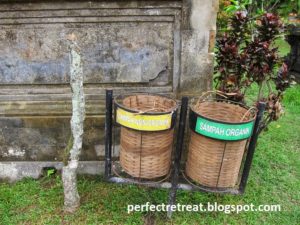 Here is the truly interesting aspect. The village is supported by the Visitors nominal Rp. 30,000 entry fee and customary (but by no means mandatory) donations. This almost acts as a guaranteed income for the 1,000 residents, affording them the incentive to keep their neighbourhood clean. How many places in Indonesia, and indeed the world, do woman get paid to perform the role of housewives and caring mothers of the community? Far too few is the answer. 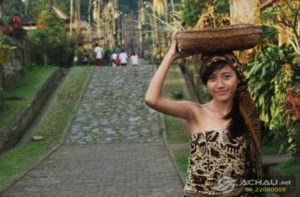 And the more that Penglipuran becomes an environmental anomaly, the more eco-tourists it will attract, reinforcing the community to keep it clean for the communal income. This is even maintained during the majestic bi-annual Hindu Galungan celebration. 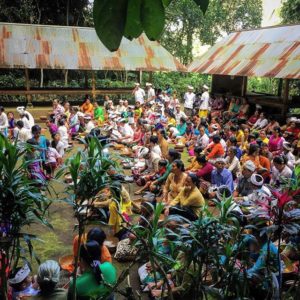 As if the colourful celebrations and the environmental dedication were not enough, the village overlooks the towering Gunung Batur. Not a bad setting for the worlds third cleanest village. 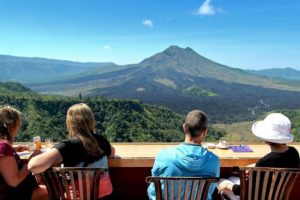 So what exactly are the secrets to Penglipuran’s cleanliness?

It’s actually simple. They share the aspirations of every village, kampung, town and metropolis in Indonesia: adhering to long-standing, cultural and religious traditions. Looking after the local environment of one’s ancestral home is second nature to any culture. 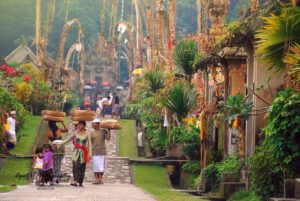 A crucial difference in their ability to do so is the funding they get for keeping the streets rubbish-free. Instead economic benefits of thoughtlessly disposing of cheap, un-biodegradable waste, they are actually being incentivised to take care of their little village home. And by rewarding the housewives of the community to perform the far too often neglected role of mothers of nature and society, they can afford to create a little island heaven amongst a growing sea of trash.

That’s why Indonesia, and indeed the world, are taking note of Penglipuran.