The Coronavirus was declared an international emergency by the World Health Organization on Friday.

Somewhat poetically, the turn of the Chinese New Year heralded ‘the Year of the Rat’ – the same agent and origin of the Bubonic Plague.

Today, we may be confronting the early stages of a virus that spreads exponentially, with symptoms taking 2 weeks to emerge.

All of Indonesia’s mainland neighbours have announced their own cases. Countries as far removed as Britian, America and Australia have also discovered the Coronavirus.

How has Indonesia so far escaped its own confirmed case?

Simple… Indonesia doesn’t have the means to identify the virus. 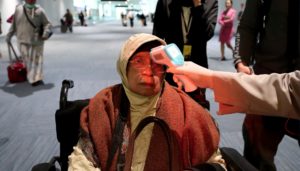 There are suspected cases in Jakarta, Bali and Sorong  – with more emerging.

40,000 workers at a vast Chinese-controlled industrial complex were quarantined yesterday, suggesting the huge potential for a confirmed case. 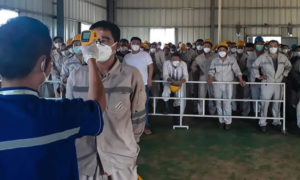 Yet at the time of writing, we have zero official cases.

According to the Sydney Morning Herald:

“Indonesian medical laboratories lack the testing kits needed to rapidly detect the Wuhan coronavirus, according to one of the country’s leading molecular biologists, and the virus may already be present in the country despite government claims of no infections.” 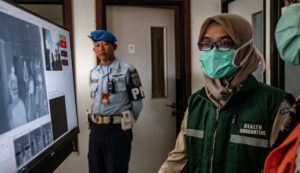 Professor Amin Soebandrio, the chairman of Jakarta’s Eijkman Institute for Molecular Biology has claimed “in the coming few days we will receive the specific kit” for identifying the Coronavirus.

The challenge is: how do you distribute these means of testing across 17,000 islands to protect its 260 million people? 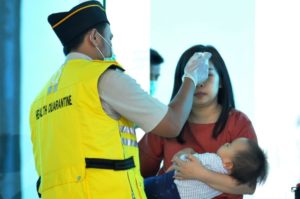 AFP | An Indonesian health official checks the temperature of passengers at the airport in Palu, Central Sulawesi.

Ocean barriers, in this regard, provide more obstacles than defence.

Indonesia is an intimately connected archipelago that is bridged by a vast boat system. Boats carry people and livestock as equally precious cargo. 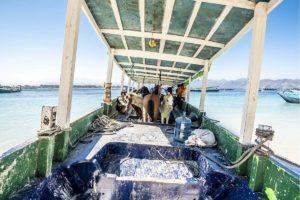 Indeed, Indonesia may be one of the most difficult nations to protect against the spread of an infectious virus.

Informationally, it is incredibly difficult to inform a population that is so susceptible to the spread of hoaxes – an informational disease in itself.

According to Foreign Policy Magazine, anti-Chinese conspiracies are already making the rounds on WhatsApp, such as:

“Throw out your Xiaomi mobile phones! The coronavirus comes from China and is spreading through the server, coming out from Xiaomi speakers!” 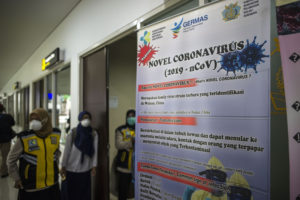 Structurally, decentralisation – completely inverse to China – means we can be slow to respond in a unified way, particularly when it comes to establishing health testing and caring measures across thousands of islands.

The language of Health Minister Terawan Agus Putranto has done little to tone down the concerns of Indonesia’s preparedness.

“If there is an escalation, we will make sure we are equipped to handle it. A hundred hospitals are more than enough at this stage. Everyone is ready. We have checked their readiness,”

“I believe that if we pray together we shall be spared by the outbreak.”

Is wishing for competent health advice a legitimate prayer? 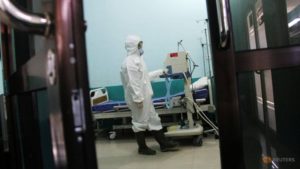 We are in the period of the unknown.

Media globally is taking the Coronavirus as seriously as if we were on the verge of World War Z.

As a result, conjecture has become the cultural antidote used to help make sense of a virus we don’t fully understand.

One ominous potential we have yet to fully consider is the prospect of the coronavirus reaching ‘Extreme Market’ in North Sulawesi.

Consider this: Extreme market, where everything from Dogs to Bats is available for purchase, dead or alive, bears an uncanny resemblance to the Wuhan market where the Coronavirus first emerged. 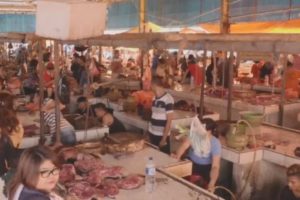 Indeed, the hygiene measures of Extreme Market probably makes the one in Wuhan look like a sanitized hospital. 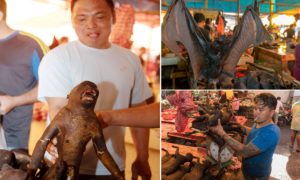 As a matter of extreme urgency, can we make one of these “testing kits” available at the Extreme Market?

Failure to do so could see the town Tomhon City become the Wuhan of Indonesia. 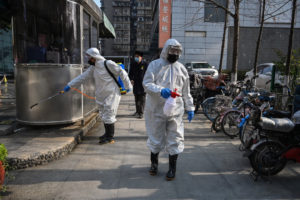 But preaching calmness as a disguise for inaction is no excuse for not taking this global epidemic seriously.

When so many lives could be at stake, across an island nation that has so many barriers to effective prevention, the sooner we take the necessary precautions the better.

There is literally no time to waste.

Netherlands vs. Indonesia During The Wet Season
Wild Horses In Sumba Island, Indonesia