The official instant ramen power rankings have been published.

LA Times food columnist, Lucas Kwan Peterson, proclaims he tried every variety of ramen in the known universe and came up with a ratings system to rank 31 varieties. One of the rules was to limit the list to no more than three (3) varieties per brand.

A key criteria used was “Truth in Advertising” or “Does it taste like the thing it purports to taste like?”. For example, does the shrimp ramen taste like shrimp? Does the chicken taste like chicken?

Here are the results: 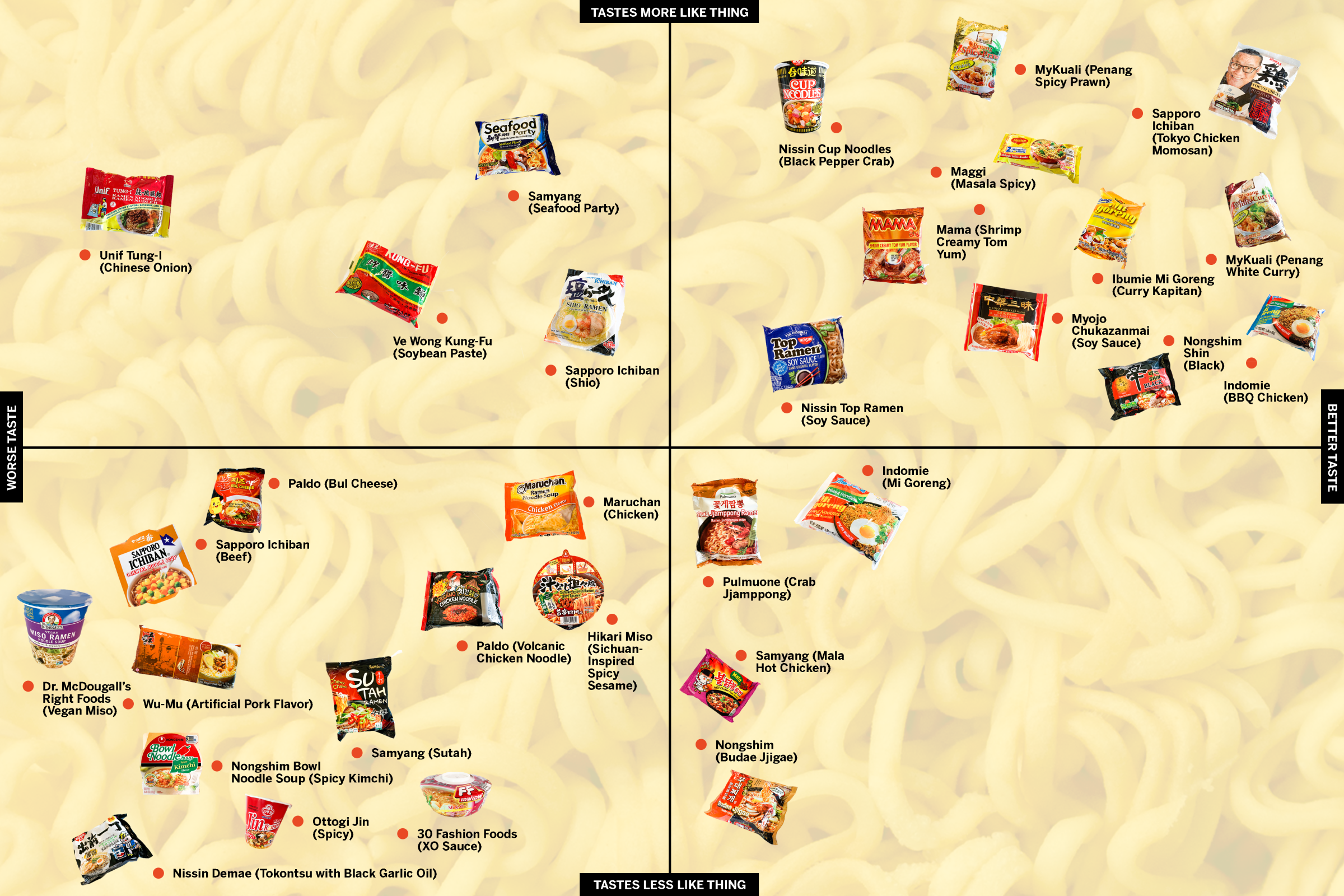 So, how about the actual rankings?

Indonesia’s Indomie Mi Goreng featured twice in the top 10, at 1st place and 10th place, with the Barbecue Chicken variety taking out the top spot. 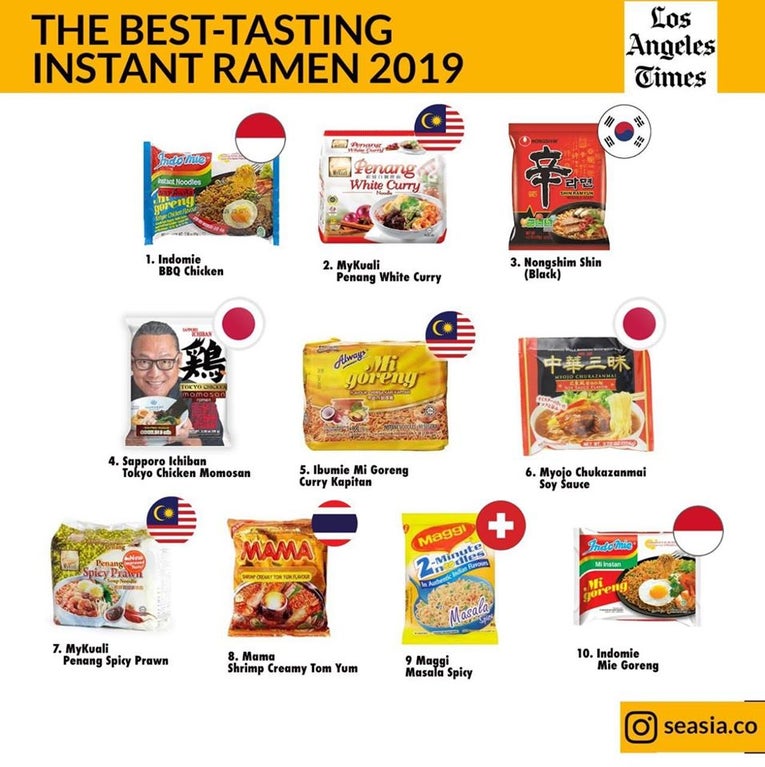 Here’s the food columnist’s description of the winning ramen:

I suppose you could say putting Indomie in the top slot is technically cheating — it falls more under the category of “instant noodle” as opposed to “ramen,” as the preparation instructions specifically say to drain the water before eating. But I’m going to allow it, because as Martha Stewart would say, it’s a good thing.
The five distinct flavor packages that come with the noodles are exciting in and of themselves. There are three liquids (some oniony oil, a sweet kecap manis, a little chile sauce) and two dry sachets (the MSG-rich chicken powder and some fried shallots). They all mix together to become, how do you say, totally and utterly heavenly? The smoky chicken flavor balances out what could be perceived as one possible weakness of Indomie noodles, namely that they’re a little too sweet. The chile sauce gives a tiny bit of heat, and the texture of the crunchy onions really puts it over the top. Could and would eat daily.

Indonesian Stereotype On Singaporean Television
Quiz – Which Indonesian President Are You?