Indonesia and China confirmed a $28.81 billion currency swap on Monday, after the APEC Summit in PNG.

It will allow the two nations to swap a total of 200 billion Yuan for 440 Trillion Rupiah, and vice verse.

There are some important implications of this deal (aside from the Rp.440,000,000,000,000 figure reminding everyone how weak the Indonesian currency is). 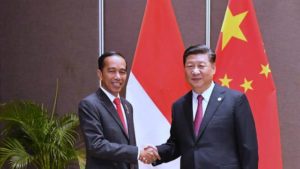 “The agreement reflects the strengthening of the monetary cooperation between Bank Indonesia and the PBOC, while also showing the two central banks’ commitment to safeguard financial stability amid ongoing uncertainty in the global financial market.”

WTF Is A Currency Swap?

A currency swap allows 2 parties to exchange payments or loans at fixed rate in each others currencies.

It encourages trade in both currencies between the countries.

It also helps guard against fluctuating exchange rates and reduces the borrowing rate in the foreign currencies. 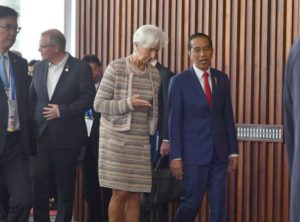 “The measure may help the parties curb pressure of the Indonesian exchange rate against the US dollar, and potentially get rid of it.“

Not 2 months ago, the Rupiah looked on the brink of catastrophe. Now after a single agreement with China, these woes could be significantly reduced, if not totally eradicated (at least for now).

The deal seems to be one of few success stories to come out of a dramatic APEC summit in PNG. It was the first APEC summit where a Communique was unable to be agreed upon. Ever. 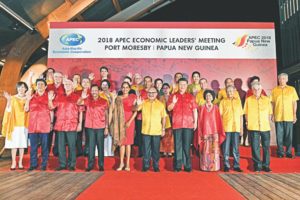 This is because of the escalating US China Trade War.

US economic intervention in SEA is dwarfed by the financial influence from Beijing.

Not only has China signed a similar deal with long time US ally Japan, but Turkey and Qatar have signed one of their own.

Turkey and Qatar agreed a currency swap deal in August after hostile US rhetoric towards Ankara (another country with a struggling currency), while Qatar have been blockaded by US Oil Bros Saudi Arabia. 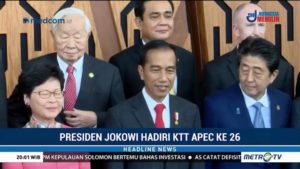 Imagine the Indonesian Chinese Currency Swap Deal as an agreement to spend up to $28 billion on each others economies.

Except, it’s hard to imagine much investment from Indonesia going to China.

Instead, it’s likely to be totally the other way round.

China are ramping up their Trillion Dollar Belt & Road initiative, and it’s coming to an Indonesian island near you. For better or worse, like it or not.

China’s more proximate SEA nations have less control over their induction into the Chinese sphere of influence than Indonesia.

Because Pence is absolutely right to warn of the Chinese “Debt Trap”. But what exactly is the other Super Power offering the region? 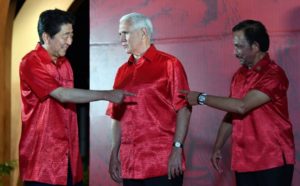 The current US protectionist foreign policy is only leaving a vacuum for China to swoop into the Pacific unabated.

Without a US alternative vision, China is successfully undermining US Dollar Hegemony while fortifying its regional relationships.

All the while Indonesia are the short term benefactors.

After all, it’s not in Indonesia’s nature to refuse tons of money. 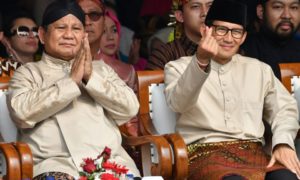