Yes, you read that right. We think that Indonesian politicians should travel more. In fact, we think it may even help the country. Before you get too excited, let us explain.

Now, we know what you’re thinking, “WowShack, you want our public servants to use tax payers’ money to have a luxury holiday abroad – are you kidding?”. With certain notorious cases, like ‘a certain speaker of the house’ spending Rp.4.6 Billion on a trip to New York in 2015, we can see your concern. 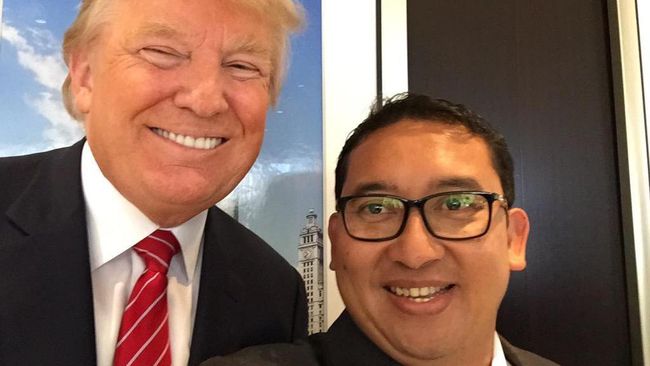 The notorious trip to New York, where speakers of the house met Donald Trump. Source: @fadlizion

However, we’re not talking about buying first class plane tickets and 5-star resorts. This is not about sending them on holiday, we’re talking about ‘travelling’- throwing them a backpack and dropping them in the middle of South America!

Do a quick search into Google and type “the benefits of travelling”, you will get an unlimited list of articles that shout out the benefits travelling has at a personal level. We want to be clear that travelling and holidaying are completely different: travelling is more about discovering countries, going cheap, backpacking, taking local transport, eating local food, staying at home stays and hostels etc. It’s journey’s such as these that are said to be great ‘transformative’ experiences for people.

So, we took these benefits into consideration and applied them to 8 ways in which we think travelling can help mould the politicians of tomorrow, and therefore the Indonesia of tomorrow as well:

There’s nothing worse than close-minded people, oh wait yes there is – close-minded people that run a country! Never leaving your own country keeps you in a bubble, leading you to think “this is the only way”. Travelling is known for broadening people’s horizons. If our politicians saw other ways of life and learned new perspectives, perhaps they’d look back at Indonesia and think “ actually things can change, we can be better”. 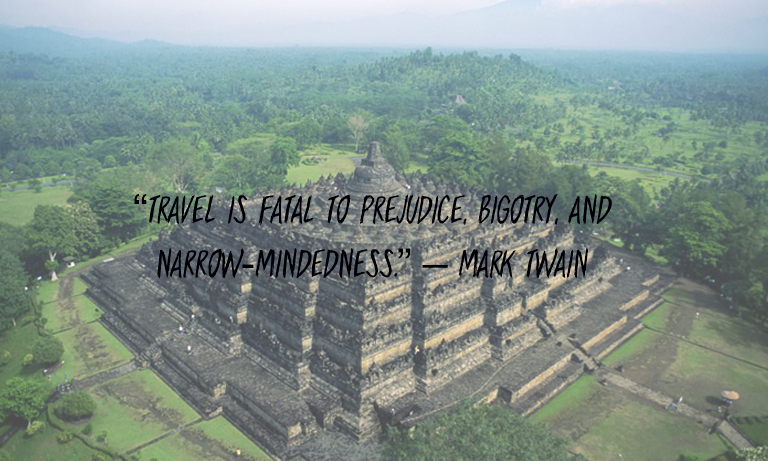 (2) Learning from other countries

It’s arrogant to think that we have all the answers. Travelling exposes us to the great things other countries are doing. What if our politicians learn how to turn rubbish into electricity (like Denmark), how to preserve ancient Indonesian artefacts (like France), how to preserve our beautiful national parks (like the US). Exposure to other countries can only increase knowledge needed to make ours greater. 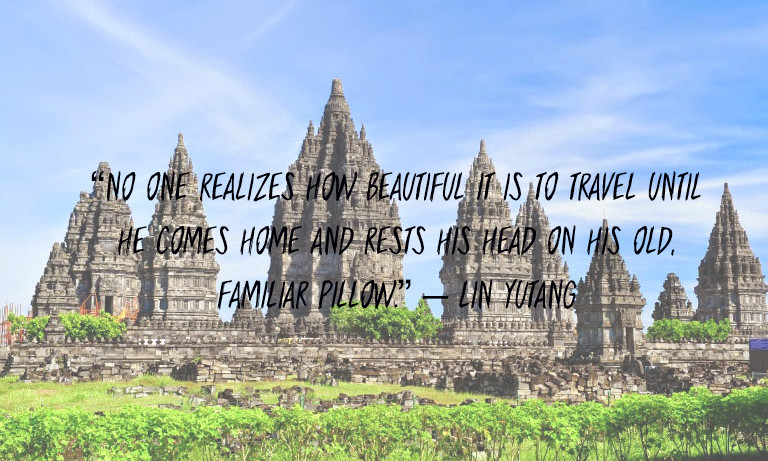 Without leaving Indonesia it’s impossible to know how rich this country really is. Wealth is relative, right? Well, imagine our politicians coming back from the deserts of Dubai, or the cold tundra of Mongolia. They’ll come back pulling their hair saying, “guys, we have forests, volcanoes, rivers, coral reefs, tigers, elephants, rice fields, spices, waterfalls, Komodo dragons! Aren’t we lucky?” 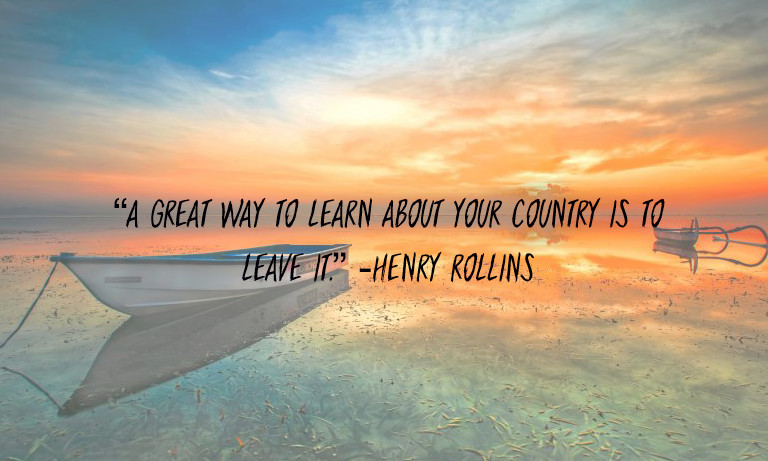 Something Indonesia hasn’t quite got right yet. As a young country we’re so obsessed with the new; development is a sign of success! If our politicians travelled to the likes of Edinburgh, Scotland, where the roads remain Victorian stone and medieval castles rule the hills, they may realise that history also makes us rich – a country with a rich story. Perhaps then they’d learn that old is also gold. 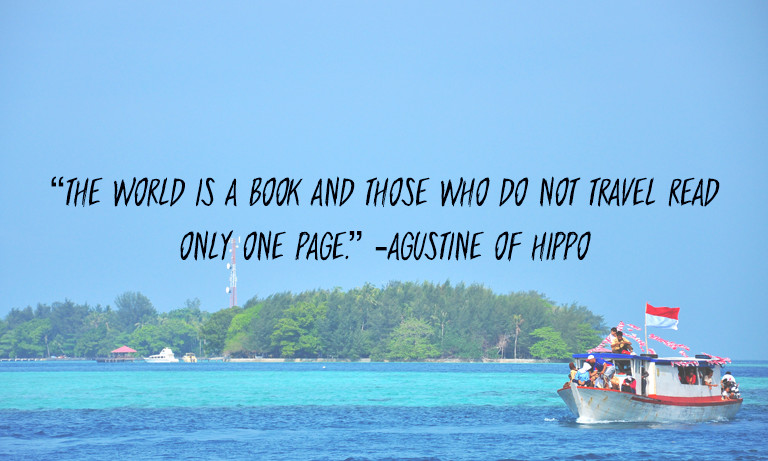 Travellers are forced into situations where no one really speaks the same language. But you learn to communicate because if you don’t you’re stuck! Learning new languages, finding new ways to connect and communicate, these are the skills travellers develop. This would help our politicians not only in foreign relations, but relations between our islands, cities, cultures and indigenous communities – we learn to find new ways to communicate with one another. 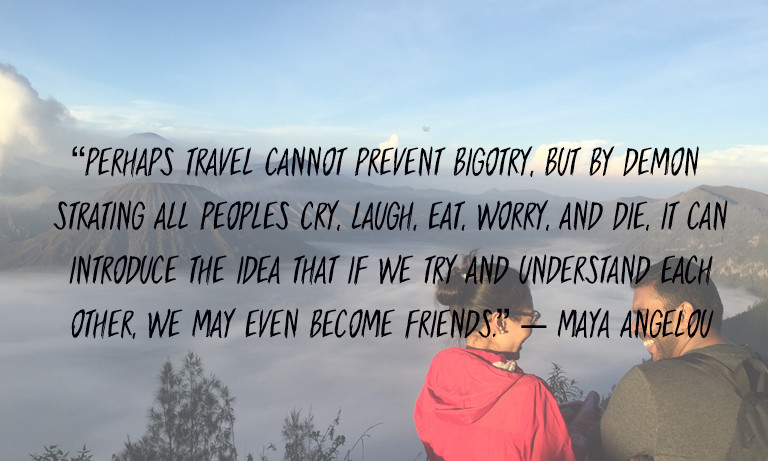 This is particularly important for those dealing with international relations in our government. How can our politicians understand the needs of other countries without seeing a world beyond Indonesia? 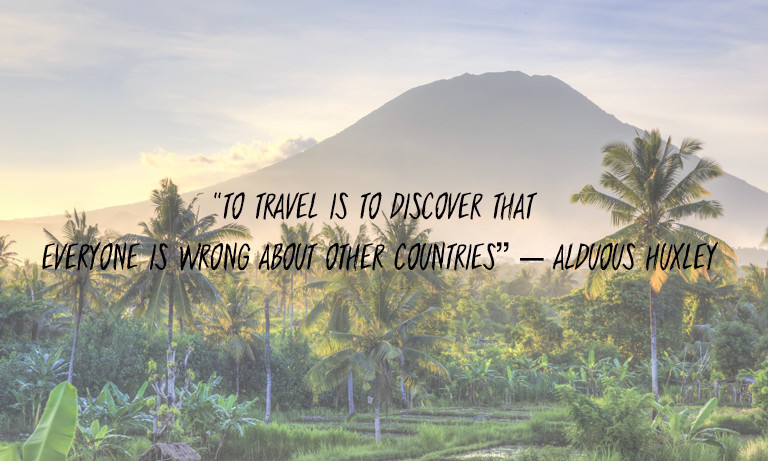 (7) Seeing the world as one

Whilst travelling helps to broaden horizons, it also helps in realising that all of us are in this together. Politicians especially can be very country-focused, winning the hearts of their own country whilst denying the fact that we, the Earth, are in this together! Developing a global perspective is key in fixing problems like climate change or marine pollution – something in which Indonesia already has an important role to play as a global citizen. 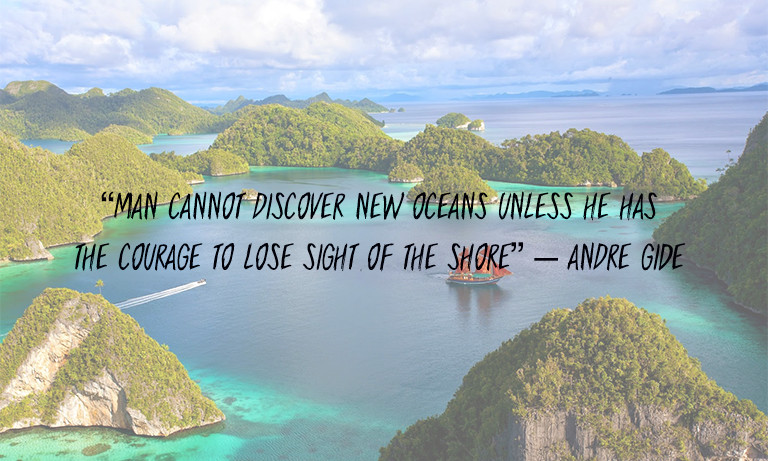 Perhaps one of the most profound effects of travelling is that people develop new values for life. Once you’ve walked the Inca trail for 3 days to Machu Picchu, witnessed the great valleys of the Greek Peloponnese, watched as rural Chinese villagers fish in the Yangtze at dawn, life proves that there are wonders that go beyond money. When you’ve met the friendly, generous locals who help and host you through your travels, you realise it isn’t money that makes people happy. Corruption comes from a state of mind, one of greed, one that believes money will solve all problems. Remove this state of mind and we may see a change in the way things are run. 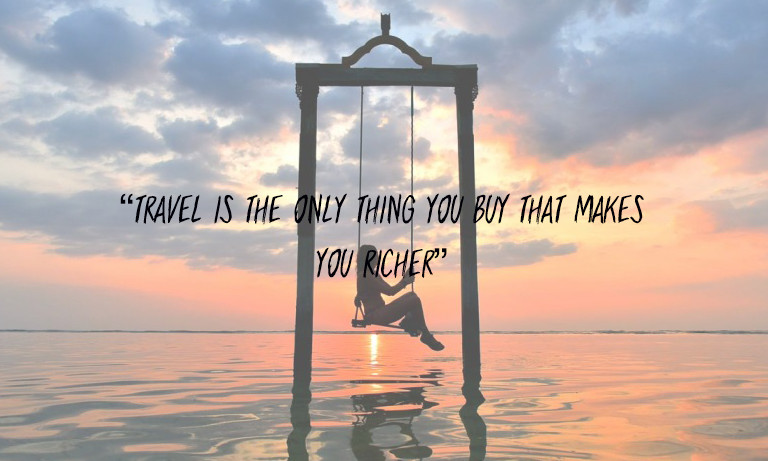 Is this all a bunch of fluffy bulls**t? You could say that.
None of us really expect our current politicians to drop it all for a ‘gap year’ through Eastern Europe. But we’re not focusing on today’s generation. Imagine this scenario: a government-led programme that encourages young Indonesian politicians to travel for a year around the world, backpacking, to discover, absorb, grow, appreciate and learn.

The average year of cheap, backpacking travel is estimated to cost Rp.65,000,000; the budget of the ‘notorious New York trip’ of Rp.4.6Billion alone could fund 70 future politicians to explore the world before starting their careers in government. This would be an investment for a more open-minded, forward thinking, less corrupt government here in Indonesia for the future. It would also encourage smart, adventurous Indonesians to join the government, something that isn’t happening enough!