The largest Muslim-Majority Democracy in the world is still playing Christmas songs.

While most of Christendom decried the most miserable Xmas since 1BC, Indonesian establishments can still be heard playing Michael Bubble’s Christmas Album. In Jakarta at least – it would appear that the festive season continues well into the first month of 2018.

Still at some restaurants, your attentive, smiling, hijab-wearing waitress/DJ will be playing Christmas Classics. 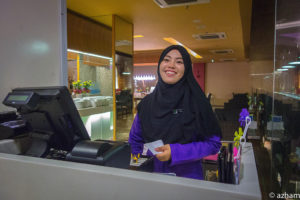 Walk down the aisle of your supermarket or Circle K, and you’ll find yourself strolling to the rhythm of “I’m Dreaming Of A White Christmas” (Which, ironically, the vast majority of Indonesians who spend every December in the tropics can only dream of). 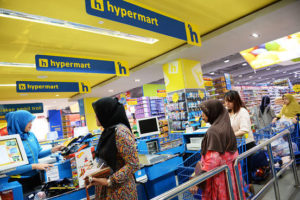 Take any given elevator – from the office to a hotel – and still, Christmas anthems follow you.

Even at the alters of the worlds one truly global religion of consumerism – the shopping mall – “Jingle Bells” echoes from store to store in an attempt to goad shoppers into spending the last of their holiday paychecks. 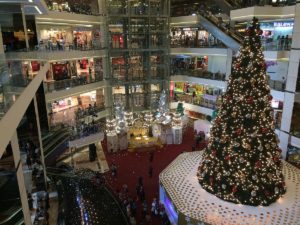 In Indonesia – and this goes for every Christmas period – these festive songs seem to be covered by the same non-descript female/male singer that no one has ever heard of… unless Justin Bieber has suddenly remixed every Christmas song ever made without anyone realizing. But hey, anything is possible these days.

As the rest of the world has left Christmas 2017 where it belongs (on the 25th December last year), why are we still hearing these songs two weeks into the New Year? Here are 5 competing theories:

1) Indonesian’s, in general, have come to love Christmas music, and recognize it as a new genre of music. Like Hip-hop, or Dangdut.

2) That Fundamentalist Christian (You know, the one that tried to save the Balinese from hell?) has infiltrated the airwaves in an audacious bid to convert Indonesia’s 90% non-Christians.

3) The salespeople and businessmen of Indonesia believe that Christmas tunes hold a mystical power that entices people to spend their money on stuff they don’t really need or want.

4) Nobody has thought to change the Christmas Playlist on every single sound system in the country.

5) A crazy combination of all the above.

Whatever the real reason, there is something endearing about the fact that you can still hear Christmas music in public spaces and what it says about the openness of the Indonesian people.

The truth is, it’s what Indonesian’s believe Christians want to hear.

It’s in the shared national and cultural perception that it’s the Christians of Indonesia’s “turn” or “time of year” to celebrate their beliefs. And there is a lot to rejoice in that idea… 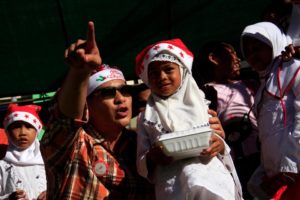 Even if it’s been extended far beyond Christmas day itself.

East-Meets-West: The Mie Goreng Cheese Sandwich
10 Examples That Prove Indonesians are the Best Business Opportunists Ever