Connect with us
Photo: Seasia.co

The national flag carrier is recognized in the category of global airlines with more than 10,000 flights during November 2019.

The airline achieved 95.8 percent in its on-time performance (OTP) record. 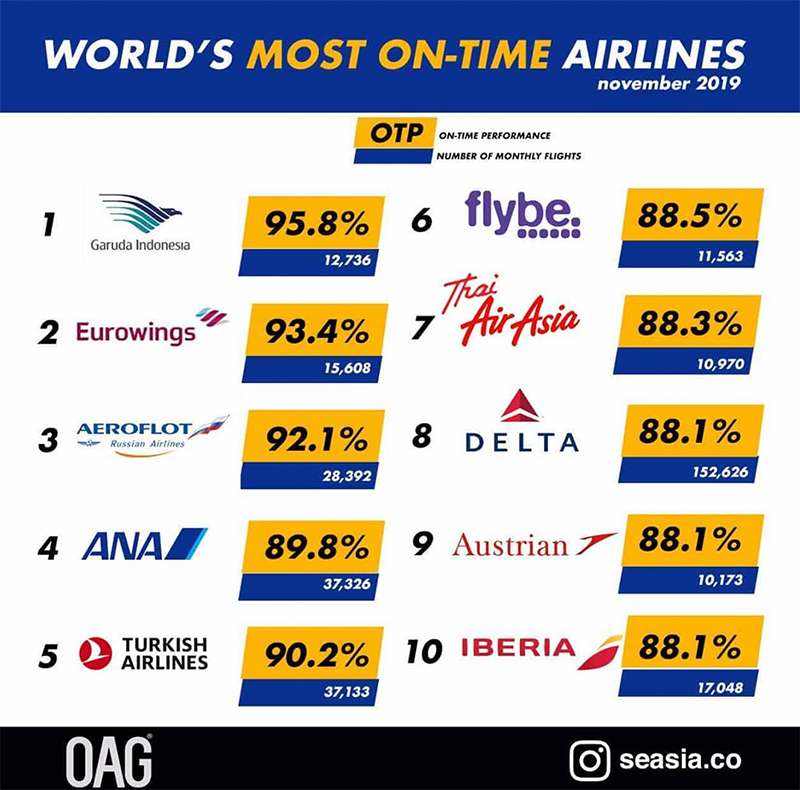 Earlier this year, the annual OAG report listed Garuda as maintaining its top performance since December 2018, as well as securing the position of the only Asian airline to hold the title for five consecutive months.

Earlier in the year, the operational director of Garuda, Bambang Adisurya Angkasa said that maintaining the airline’s punctuality would be challenging as the Idul Fitri peak season was coming.

“We will continue to perform on time through the inspection of flight operation, particularly in safety measures […], therefore we are confident we can go through the peak season safely, punctually and comfortably,” Bambang was quoted as saying.