What would you do if your name was forbidden? 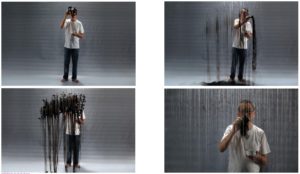 The Chinese minority experience in Indonesia has never been straight forward, and the Suharto regime represented a particularly brutal time.

For most, it meant losing freedom of speech and succumbing to corruption.

For artists, it also meant depoliticising their creations, or else suffer the consequences.

For the Chinese-Indonesian minority, it meant being robbed of their loved ones, traditions, legacy, and name.

For Chinese-Indonesian artists, it meant all of the above.

Yet amidst all this, some were brave enough to speak up. 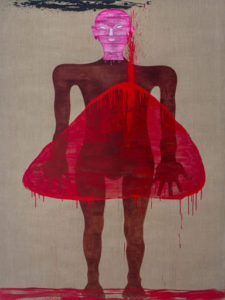 FX Harsono, born in Blitar, East Java in 1949, created political art throughout the chaos of the Suharto regime, fueled by the danger of incarceration. 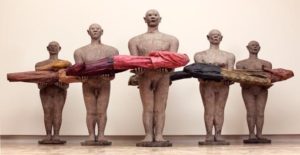 They Give Evidence | Dadang Christanto

In Harsono and Christanto, we have two different artists who, in their own ways, not only help reclaim Chinese-Indonesian identity, but also provide a lifeline to an almost lost cultural history.

“I’m an Indonesian. So I want to show I am an artist who has a sense of social, humanitarian and cultural responsibility to the country I live in.”

In an environment of classical, technique-savvy painters, Harsono was one of the few conceptual artists in Indonesia during his early years.

His notable earlier works “Paling Top 75” and “Rantai Santai” came to prominence in 1975. 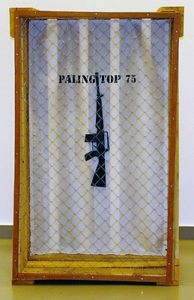 Both pieces were full-frontal assaults on Indonesia’s authoritarian regime. 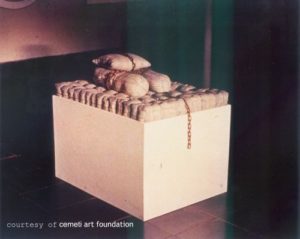 And when May 1998 brought riots, massacres, and destruction, Harsono was quick to speak up.

Harsono’s iconic performance in 1998, “Burn Victim“, was an ode to the hundreds of people that died when a Chinese-Indonesian-owned shopping mall burnt down.

Harsono ignites model torsos before proceeding to crawl meekly in front of them, holding a sign: “Who takes responsibility?”

As he challenged the regime further with every piece, Harsono created art that was a cry of frustration, confrontation, and devastation, on behalf of his people.

Then came the fall of Suharto, where a new-found liberalisation finally allowed a whole host of silenced voices to rise to the surface, presenting more opportunities for Chinese-Indonesian artists to flourish.

Artists shifted their frustration towards excavating the lost Chinese-Indonesian heritage.

One of them was Dadang Christanto.

“I am a survivor. Pain all the time. Honestly, it is hard, I will tell you this. Sometimes I think I should fix my personality problem.”

Having produced artwork several years before Suharto was dethroned, Christanto still continues to advocate for justice upon Chinese-Indonesians today.

The haunting memory of his father, who was abducted when he was an 8-year-old boy, seeps through the art he creates.

His works, as suggested by his signature lone character, reflect the Chinese-Indonesian individual’s existence in society. 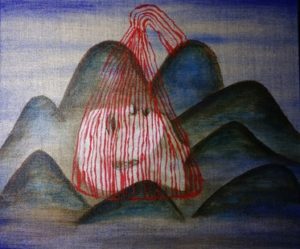 “Who’s The Hiding” depicts an invisible individual within the public.

The viewer can’t help but to look a little longer, conjuring poignant memories their mind.

This impactful viewer experience continues in his series M I S S I N G: a daunting display of portraits.

As an homage to his father, and others who were abducted, the series addresses the topics of social injustice, poverty, and humiliation.

But by reclaiming his inner turmoil, he also reclaimed his identity – and that of an entire community. 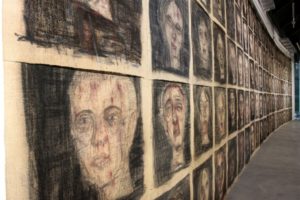 Dadang Christanto and FX Harsono’s artworks provoke as much thought as untameable sorrow.

Exploring how two artists from similar upbringings tell us different tales of the same story.

Harsono, like an artistic knight, took the view that the brush will always be mightier than the sword.

He lived by a courage that says:

This common trauma was enough to silence the vast majority of Indonesia’s population for three decades.

But nothing can repress the burgeoning desire to tell a story forever. 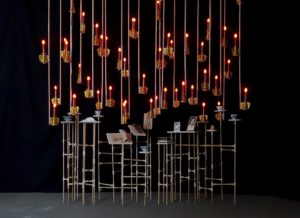 It marks the freedom to recall the narratives that would otherwise have been lost to those who would rather forget than forgive.

What these artists advocated for at the end of the day, was the freedom to create, protest, and demand for the betterment of humanity.

Indeed, their hope is for future generations to only know such suffering through art exhibitions, not experience.