Flora Christin Butarbutar was once your average girl from Medan, Sumatra, trying to find her place in the world. Now she is officially Indonesia’s first female longboarder to join the Asian Surf Championships.

Not too long ago, she was living in Jakarta – a place hardly famed for its surfing opportunities. Feeling claustrophobic in the nations congested capital, Flora went on a soul-searching mission around South East Asia, eventually landing in Bali. And What else is a woman to do on the island of the Gods, apart from ride those waves?

1) Flora has been surfing less than two years and can hardly swim. 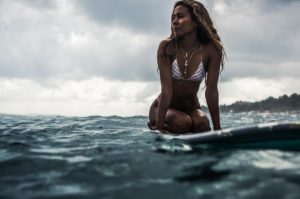 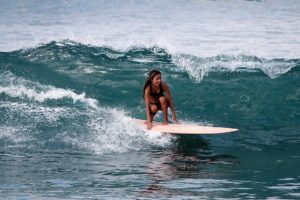 3) She is participating in international events such as the REnextop Asian Surfing Tour as the only Indonesian in her division, and the Deus 9ft & Single competition in Bali. 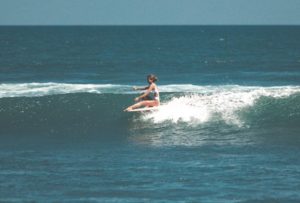 4) Flora has three commercial sponsors who help pay for her flights and competition entry fees. 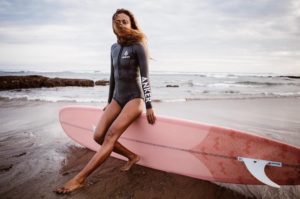 5) She says: “I want to show people, especially the girls, that there is an Indonesian female longboarder out there. I want to share my story that nothing is impossible.” 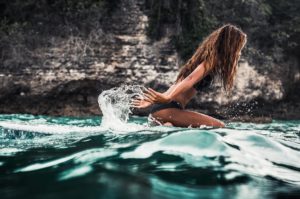 6) On the obstacles for female surfers: “All we see on TV is adverts for skin-whitening products. Our parents only teach us to study and have a career, sport is not part of the story.” 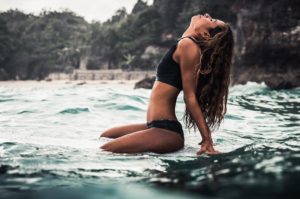 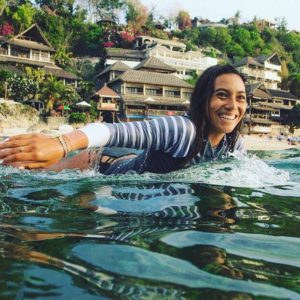 8) Flora is filming a documentary called Bali Goddesses that aims to inspire female surfers living on the island. 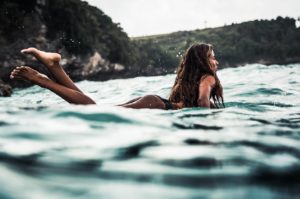 9) She is also planning female surf camps to get more women on boards. 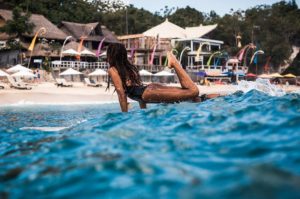 10) “When I am surfing, people always say, ‘why don’t you get your own people to surf your waves?’ I want to change that.” 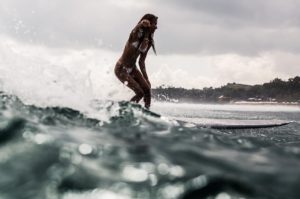 As Flora stated in an interview with Medan Tribune, she wants to:

“inspire other women out there to get out there comfort zone”

In the hard to navigate waters of female roles in the modern world, women like Flora Christin Butarbutar play a crucial role for those who don’t know where they stand – boys and girls alike.

Flora’s rise also comes at a time when our Minister for Maritime Affairs has been listed on the BBC 100 most influential woman of 2017. And while their exploits differ in scale and substance, there is one thing they may agree on:

Whatever it is you want to do in life, start in the ocean. 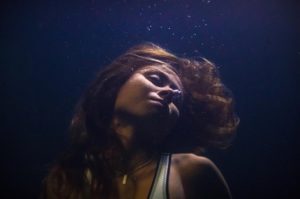 Article inspired by Elly Whittaker’s piece for the Jakarta Post

“AyoPolygamy” App Helps Indonesian Men Find Their Next Wife
Does Indonesia Have The World’s Greatest Ancient Ritual For The Dead?