Rebel Price Diponegoro’s gold-inlaid Kris has been returned to Indonesia, after being lost in Dutch archives for 45 Years. 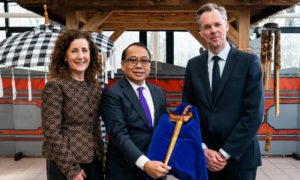 Diponegoro is considered an Indonesian hero for his leadership in the Java War, a five-year rebellion against Dutch rule between 1825-1830. 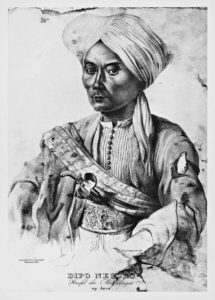 The war’s end on 28th March 1830 saw Diponegoro surrender his Kris at the feet of Lieutenant Governor General of the Dutch East Indies, Hendrik Merkus. 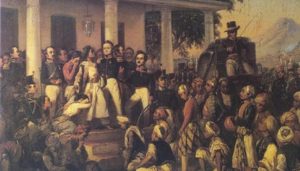 The Javanese Prince was exiled to Celebes, then Makassar, where he died aged 69.

His struggle may be a few pages back in the history books, but the Kris that represented the last concerted effort for Independence for a hundred years has been yet another Javanese mystery. 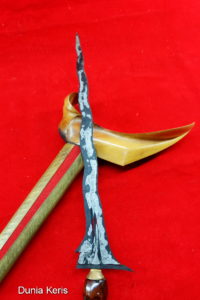 Upon Diponegoro’s surrender, the Kris itself was handed to the Royal Cabinet of Rarities of King William I, the first King of The Netherlands, in 1831.

It was later part of a collection transferred to the Museum of Ethnology.

Fast forward to 1975, the Netherlands vowed to honour a 1949 independence promise to return a number of Diponegoro’s objects stolen during the Colonial occupation.

After 140 years, his saddle, spear and parasol were sent back to his Javan homeland.

Only, the Kris had gone missing.

He discovered a series of secret memos that revealed, according to the guardian:

“…that in 1983 the then Dutch ambassador in Jakarta, Lodewijk van Gorkom, had informed the foreign ministry that “confidential sources” had advised him that the dagger was hidden in the cellar of the Rijksmuseum in Amsterdam. Van Gorkom’s suggestion that it be returned was ignored.

His successor as ambassador Frans van Dongen had then written in 1985 to Pieter Pott, the director of the National Museum of Ethnology, saying he believed further efforts should be put into finding the dagger to mark the 40th anniversary of Indonesia’s independence. Van Dongen was said to have received a note from Pott that suggested the kris was in his museum but that its return was undesirable.”

After the publication of Van Beurden’s book, Treasure in Trusted Hands, outside experts investigated the Museum of Ethnology vaults.

After sourcing 8 potential daggers, the one true Kris was identified. 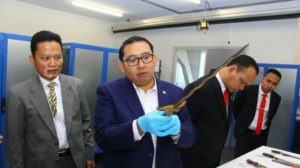 The disappearance has been put down to a combination of poor organisation and an unwillingness to return Indonesian treasures.

This is not uncommon amongst old colonial powers – just ask the British Museum.

Yet, according to Van Beurdan, amongst the Dutch at least: “That is changing now among the museums.”

The Kris will be part of an exhibition at Indonesia’s National Museum in Jakarta for all to see.

After almost 200 years, the prized possession of the Rebel Prince is finally where it belongs.

Back with its people.