The last few years have not been kind to Indonesia’s LGBT community.

Soon, Indonesian lawmakers could vote on a new law that criminalizes sex outside marriage and homosexual sex in a sweeping change to the criminal code. Indonesia has had a proud tradition of tolerance towards its LGBT community.

So what’s changed and why now?

“Imagine running any modern country with a code which was written in the 1880s. It’s not going to work… There hasn’t been consensus on a range of difficult issues from the death penalty, to religion and blasphemy, to defamation.”

–  Tim Lindsey, director of the Center for Indonesian Law, Islam and Society at the University of Melbourne 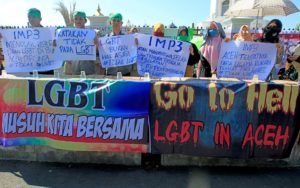 Reformasi KUHP Was Formed To Update The Criminal Code in 2005

Even they have expressed concern that the new criminal code could negatively affect Indonesia’s democracy, freedom of expression and could seriously harm the country’s “vulnerable groups.”

Though Public Opinion Is Fueling The New Code

A January poll by Saiful Mujani Research and Consulting found 87.6% of Indonesians thought LGBT people were a threat to Indonesia

A 2013 Pew Research poll found 93% of Indonesians believed homosexuality was “morally unacceptable.” Hence why the new punishments could be so grave…

Committing an “Obscene Act In Public” Could Land You A Fine And 18 Months In Prison.

Acts “Publicized In The Form Of Pornography” Could Carry Sentences Up To 9 Years.

Perhaps the one bit of solace for the LGBT community is that these laws won’t be totally Big Brother-like and extend to their private lives. Ichsan Soelistio, who is on the law and human rights panel that will decide the draft criminal code, said:

“We (will) still protect their private lives, including their sex life, as long as they don’t do it in a public area.“ 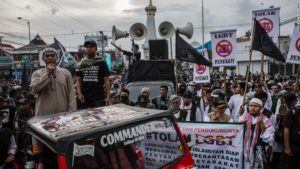 Not Going Down That Easily

It’s not unusual for the LGBT community to be harshly treated in the run-up to an election. But this sentiment is different. If their fate is written into the criminal code – a criminal code that hasn’t been edited in over a century – it could be another hundred years before their rights are recognized in Indonesia, if the code passes.

But there’s still a chance it won’t. Remember, the criminal code could include sex outside marriage for everyone – gay and straight – which might not go down too well with Indonesia’s millennial generation.

As Ael, a young gay man interviewed by CNN stated: 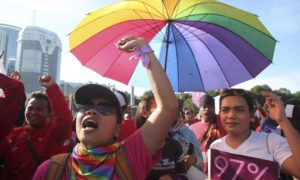 What Does It Mean To Be ‘Fluent’ In Bahasa Indonesia?
5 Innovative Ways Startups Are Revolutionizing Healthcare in Indonesia