SEM BAGUS, Indonesia (Sept. 5, 2014) — Soldiers from 2nd Battalion, 1st Infantry Regiment, 2 Stryker Brigade Combat Team, 2nd Infantry Division, learned how to survive in the jungle through a day of survival training during Garuda Shield 14 at Puslatpur here, yesterday.
The first classes of the day were taught by the Tentara Nasional Indonesia, referred to as the TNI, soldiers, and the afternoon class was taught by the U.S. Soldiers. 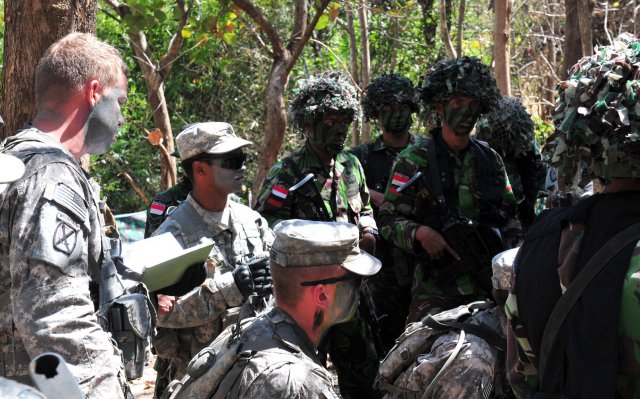 At the beginning of the class, the Soldiers were taught what to do if they had to handle a snake in its wild habit. In the second part, the Soldiers learned how to properly kill a venomous snake, skin it and cook the meat over an open fire. 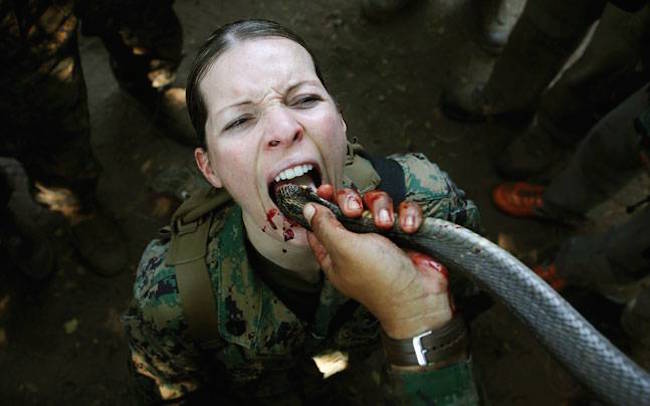 Most of the Soldiers in the class were given the opportunity to eat a piece of snake meat that they just cooked. 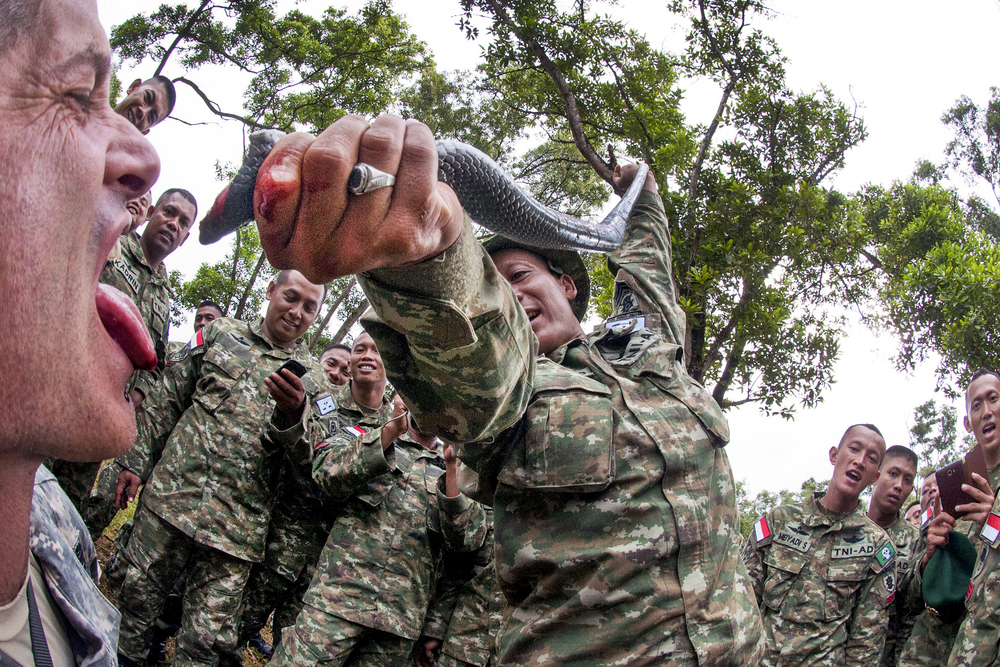 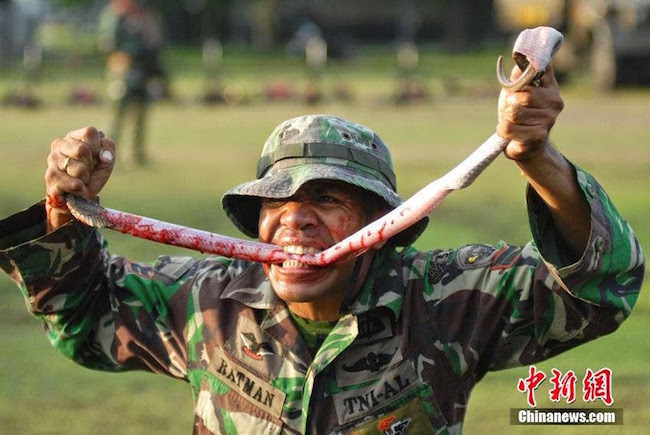 Okay, this one is definitely not for the faint-hearted and definitely breaks all the safety rules you can imagine. Trainers pretty much fire live rounds directly beside soldiers crawling in the mud – leaving only inches of space between them and their deaths.