Connect with us
Photo: @bbcnews

Local media in the Indonesian capital reported that violators must count up to 100 while on display for passers-by to take pictures, BBC wrote on Instagram. “With Covid-19 there is a risk of them being laid inside a real coffin,” head of the East Jakarta Public Order Agency, Budhy Novian said. 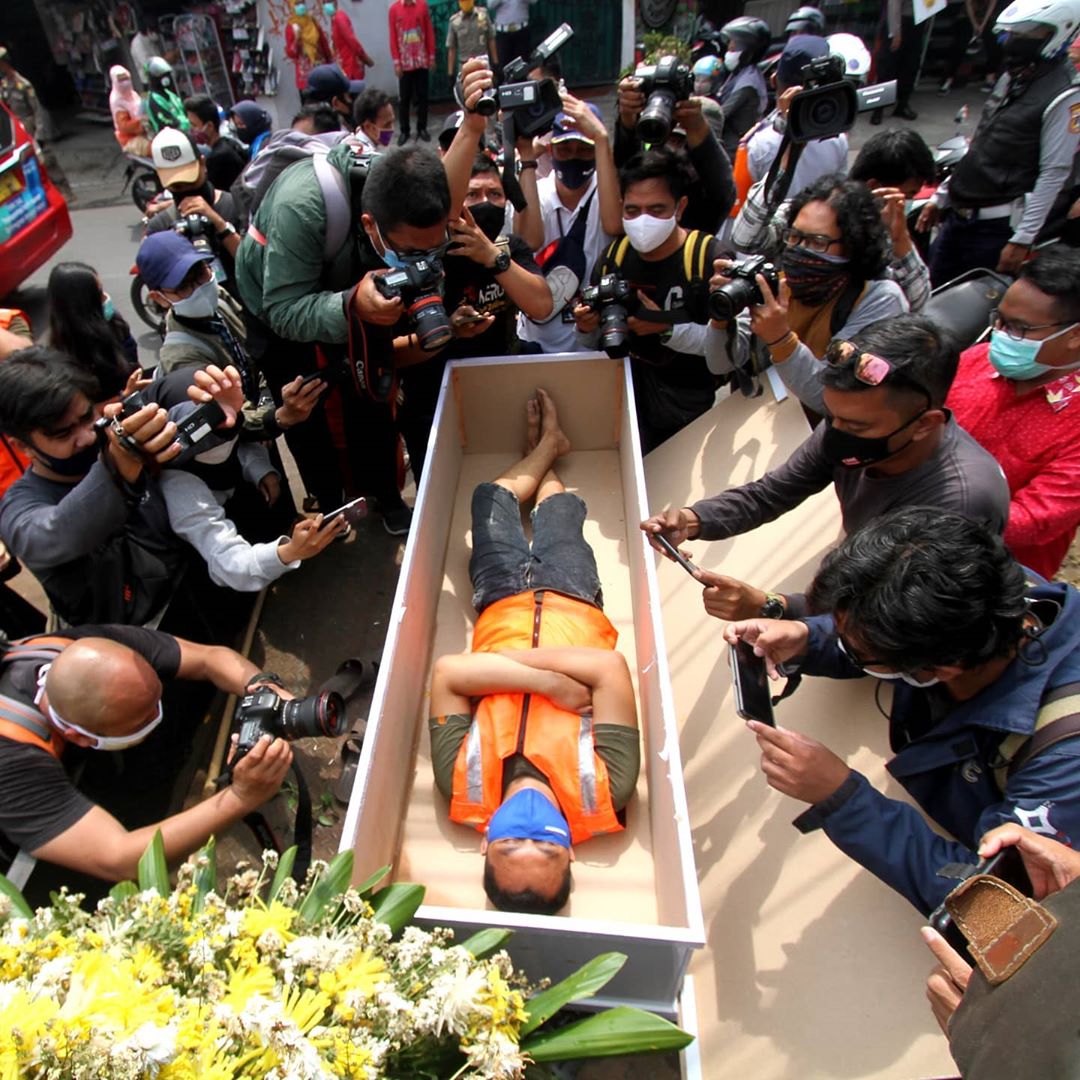 But punishing mask-refusers by making them lie in an open coffin is one tactic that has proved to be short-lived. It was introduced on Wednesday but abandoned by Friday after an intense public backlash, the BBC’s Jerome Wirawan reports.

The punishment was intended as an alternative to a $17 fine or community service, which usually involves cleaning public facilities, our correspondent says. One official said the aim was to get the culprit to “contemplate their actions because with Covid-19 there is a risk of them being laid inside a real coffin”.

But internet users criticised the plan, with one, Situr, pointing out: “People are not scared of coffins, even couples are getting intimate in the graveyard.”

One man who did go in the coffin for not wearing the mask indicated to local media that it was a quickest and cheapest option.