China is set to invest USD500 million in the Trump Organisation’s Lido City project in Indonesia.

The MCC’s (Metallurgical Corporation of China) investment is for a theme park within the Lido City project and is also part of China’s Belt and Road initiative. This “21st Century Silk Road” is a Chinese geopolitical strategy to forge important links with its neighbours and beyond, solidifying its sphere of influence.

And Indonesia’s MNC Lido City development is China’s target within Indonesia. It just so happens that this billion dollar project is also driven by the Trump organization.

So what is the significance of China’s investment in Trump’s Indonesian project? 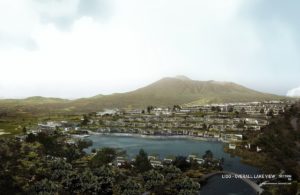 Lido City is an integrated lifestyle resort managed and designed by the Trump Organisation.

It’s set to have a Trump-branded hotel and golf course, as well as shops and residential areas. Nirwana Bali, which opened in 1997 is a course designed by Greg Norman. in  China’s $500 million government loan to a state-owned construction company has been designated for the theme park. 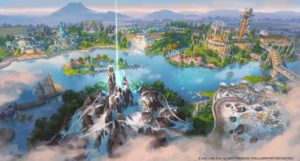 The Trump Organisation signed the deal with MNC back in 2015. Trump’s sons Eric and Donald Jnr. have had direct involvement and have been instrumental throughout.

It is also the first of Trump’s investments to be linked to China’s ambitious Belt and Road infrastructure initiative. All this when the US and China are meant to be on the verge of a “Trade War to end all Trade Wars.” 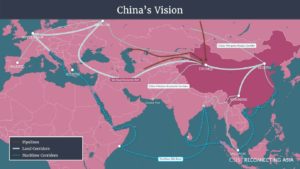 “Even if this deal is completely and entirely above board, it simply furthers the perception of impropriety. Especially with the potential trade war, this is not a good look….Critics will be entirely right to demand answers.”

The issue was raised in yesterdays White House Press briefing that was dominated by the controversial move of the US Embassy in Israel to Jerusalem.

From China’s perspective, the investment makes complete sense. It serves 3 purposes in particular:

This goes beyond Panda Diplomacy.

Further Cements Discord In A Fractured US Diplomatic Environment

Great start to a trade war.

In addition, the $500 million effectively puts the success of the Lido City project in the hands of Chinese companies. How far will Trump be willing to pander to China to protect his own personal interests? 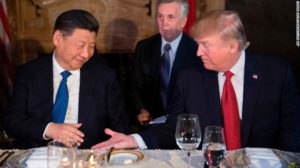 Indonesia has been the setting for another instance of how the Eastern Power’s foreign policy is Trumping Trump’s America.

As the World Powers use a theme park on our Archipelago for a global game of chess, you can bet on one thing…