“The results of our research are some of the most shocking we have ever had. In Indonesia, we’ve never had these results before…”

So says Yuyun Ismawati, one of Indonesia’s leading environmentalists. 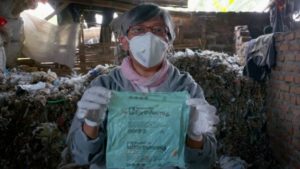 She has conducted tests that found eating one egg in the village of Tropedo would exceed the European Food Safety Authority (EFSA) tolerable daily intake for chlorinated dioxins 70 times over.

The group of tofu factories in the village burn plastic for fuel. 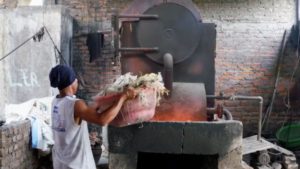 On 1st January 2018, China completely banned the importing of plastic from Western countries.

That meant that the world’s primary consumers of plastic waste per capita had to look elsewhere to dump their trash.

Indonesia was an ideal replacement.

This comes primarily from countries such as Australia, Canada, Ireland, Italy, New Zealand, the UK and the US.

Researchers found that the area around a paper factory in East Java around 40% of its paper is imported.

But the paper arriving is contaminated with low quality plastic. 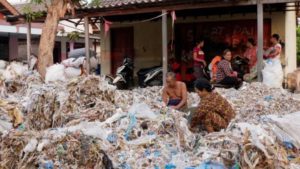 Prof Peter Dobson, from the University of Oxford, believes:

“A ban would encourage the development of technologies to recycle or re-use waste plastic, or to discourage the wide use of plastic.”

Indonesia is well within its right to follow Chinese footsteps in this regard.

If we were to divvy up the responsibilities of combating climate change and plastic pollution, technologically solving the single-use plastic dilemma should be a Western-led burden.

And compared to the general populations of the Global South, Western mindsets are in a better economic position and more environmental primed for this important mission. 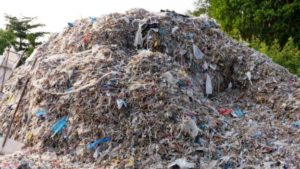 Indonesia’s woe is something more intrinsic.

The practice of burning plastic in Indonesia is one of our most inglorious traditions. 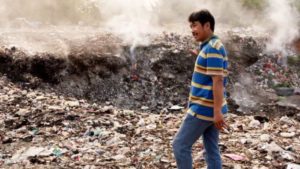 Age-old Civilizations of the archipelago once innocuously disposed of cassava and leafy packaging, easily bio-degrading within the environment.

However, the introduction of plastic – within 30-40 years no less – without updating our means and approach t0 waste disposal, has utterly decimated Indonesia’s waterways, shores and air quality. 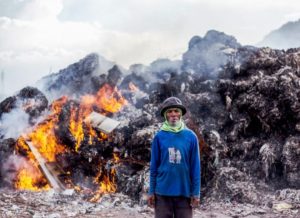 We have the power to prevent the invasion of other nation’s rubbish entering Indonesia with the stroke of a pen.

But we cannot pass on the responsibility of dealing with our own waste. This quagmire will take more effort, brainpower and investment to solve.