Connect with us
@NASA

One of the first images Aliens will see of the Earth is a female Balinese Dancer.

Attached to Voyager 1 and 2 are the first 116 images Extra Terrestrial life will see regarding our planet. One of those is a quintessential Indonesian image – a female Balinese dancer. Voyager 1 and 2 were NASA projects launched towards the deepest recesses of space in hope of contacting alien life… even if we are long gone by the time it reaches them. 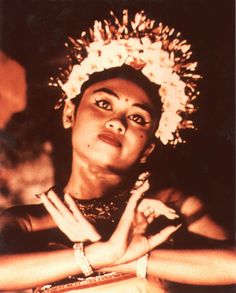 The Golden Record, curated by the legendary Carl Sagen, contains sights, sounds and important information for the understanding of our planet, species and culture. Whoever (or whatever) finds this will be at least 34 light years away. It takes the Voyagers 17,000 years to travel 1 lightyear… So it’s safe to say that the intelligent lifeforms that eventually come across it will not only be of far superior intelligence but long outlive us.

In this mesmerising VOX video, Carl Sagen explains in his hypnotic voice the full meaning of the project and the reality of contacting intelligent lifeforms…

In addition, many of the world’s languages left recorded messages for our cousins from another cosmos. Indonesia’s contribution to the music section includes a Gamelan performance of Puspawarna – meaning “Kinds of Flowers” – a Central Javan composition from the 19th Century. 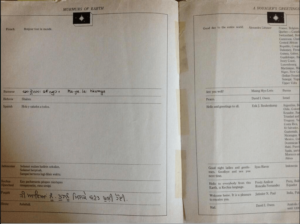 Whatever “next time” Harun was talking about, we hope that the Aliens will look favourably on Indonesia when they receive the Golden Record, lovingly sent from our Pale-Blue dot.

OjekBule – Is There A Foreigner Driving For Go-Jek?
“AyoPolygamy” App Helps Indonesian Men Find Their Next Wife