Preparation for a potential eruption has led to the evacuation of those who live closest to the Volcano. 676 tremors were recorded on Thursday which was caused by lava pushing through layers of rock deep beneath the mountain. One six-hour period on Friday morning recorded another 178 tremors.

Is she ready to blow?

Dr Syahbana, the head of volcano mitigation for eastern Indonesia, said the tremors were coming from inside Agung itself. 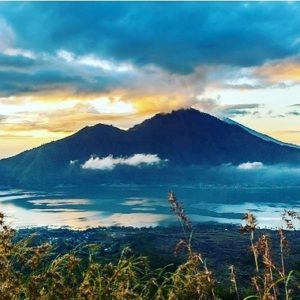 “Our data shows the number of earthquakes is still increasing, which shows that the magma has very huge energy,” he said. “It means we have to be alert to the situation but we don’t need to panic.” 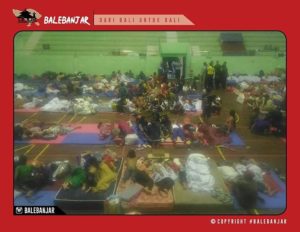 He said the earthquakes themselves were evidence of the potential eruption.

The last time Agung erupted was 1963, when 1,000 people died. Though with far superior technology, it’s hoped that even if a similarly sized eruption occurred this time around, the loss of human life would be significantly smaller thanks to the precautions taken.

Dr Syahbana said the 1963 eruption was a 5 on the Volcano Explosivity Index (VEI) — a massive eruption that is far bigger than any recent eruptions in Indonesia. To put it into perspective, the recent eruptions of Mt. Sinabung rated a VEI of 2.

But rather than an incredible explosion filling the sky, like Krakatoa in 1883 or Tambora in 1815, the reality of an eruption on the Island of The Gods is delayed flights, not firey skies. 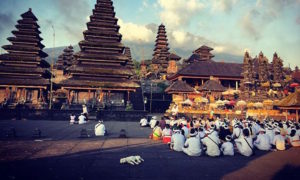 We will be following the story as it develops, but at this time, there seems like there is no need to panic. If you are holidaying or planning a trip to Bali, now may be the perfect time. You’ll have the perfect excuse for your boss as to why you’re extending your stay on the Island of the Gods! 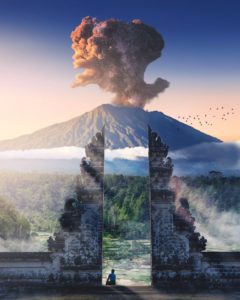 Artwork done by @inspiregenisis… it hasn’t happened. Yet.