Connect with us
thesun.co.uk

More than closing down Alexis Hotel needs to be done to end prostitution in Jakarta.

The dynamics of Indonesia’s long-standing sex trade are complex and its future increasingly so. The move to close Alexis brings into question so many issues related to prostitution in Indonesia – a market that is many millennia old. For example, the most “liked” review for Alexis on TripAdvisor describes the hotel as:

“The Ultimate Dreamland For Men – 4/5 Stars” 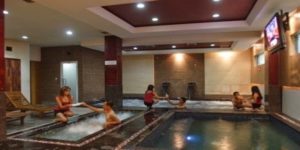 The ‘guests’ are of course only one perspective. What about the staff? A statement from Alexis’ legal representative Lina Novita said that Alexis currently has many employees who are the breadwinners in their families and will lose their source of income if the hotel is shut down:

“We are ready to implement changes to our management practices in accordance with the administration’s instructions.”

It is easy for us to look down on sex workers and say, “why don’t you find some legitimate work to make a living?”. Unfortunately, it isn’t that simple.

It’s difficult to say just how many years prostitution has been around in Indonesia. It is clear that through a history of trade, empires and kingdoms, as well as most recently the colonisation by the Dutch, prostitution is a beast that has evolved in prevalence and over time. 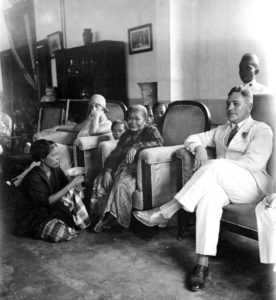 Jakarta is grappling with this history today. So, within a continuously evolving megacity, it is no surprise that a place like Alexis came to birth. While the moral outcry against prostitution is as old as the profession itself, it is finding an even more seedy and secretive home – the internet.

Everything is going digital. The same, it seems, goes for prostitution in Indonesia.

One of Indonesia’s most visited website regarding nightlife in Indonesia – Jakarta100bars.com – has noticed that online prostitution in Indonesia is booming. Dating apps and messaging apps are the new hubs for organising sex for money.

“On the dating app Badoo, it has become very difficult to meet girls who are not looking for money, directly or indirectly. They rarely mention openly that they are prostitutes but they will often say in their profiles things like: “Butuh uang (need money)”, “Tidak suka cowok pelit (I don’t like stingy guys), “I like shopping”, etc.”

jakarta100bars.com – (“I like generous guys who can make me happy”)

The vast majority of Jakarta love the idea of Alexis-like establishments not existing – but does shutting it down also shut down the libido of men? With Alexis closing, the same men and women already engaged in the industry can now explore new avenues on the WWW, the World Wild Web.

This network, with near zero regulation, is likely to lead to even worse treatment for the biggest victims of prostitution; the women themselves.

Whilst we sit on our thrones of moral judgement, we can forget that the real victims of the sex trade are those working in it. They are so forgotten that it’s hard to find many solid statistics for the health and well being of prostitutes in Indonesia (if you have some, please share them in the comments).

The best illustration is the estimation that 17% of all prostitutes in Jakarta have H.I.V, according to the Jakarta Post. The abuse that these women can suffer due to lack of regulation and protection in the informal industry is a huge source of irreparable psycho, social and health issues.

So reinforcing is this tragedy, that the children of prostitutes can often become the mothers of the next. Many are forced, tricked or brought into the profession with little control. Many work in the industry out of desperation. So, if we are talking about “morality and decency”, how do we truly help those who suffer most and effectively confront the oldest profession?

Prostitutes Are People Too

Already, the issue isn’t as simple as closing down a venue.

One argument for an establishment like Alexis is that as a “business” it is easier to monitor and regulate. When prostitution enters an invisible, decentralised space like it is online, we are truly blind to what is happening.

In fact, A recent study of legalised prostitution zones in the Netherlands showed that abuse and rape declined between 30-40%.  It proves that a transparent and monitored industry can at least improve the welfare of those who work in it. 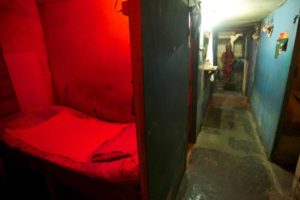 There is no quick fix to the issues of prostitution. Yes, the government should take a stand against it, for which Alexis stands as a symbol for the industry in Jakarta. But is closing Alexis simply taking the “out of sight, out of mind” approach to tackling the issue?

What is clear is that, until we are able to address underlying problems, the closing of Alexis-like brothels will only have further negative effects on the women involved, not the number of male clientele.