Indonesia’s rainforests and peatlands suffered the worst fires since 2015 this year.

Over 3 million school children across Indonesia, Malaysia and Singapore were prevented from going to school at the height of the fires.

The majority are back to school now, but air quality in the region is by no means “un-toxic”, and not all of the fires have been totally extinguished.

Here are the aerial images taken a week ago that are a testament to the firefighters battling against the odds, as well as the respect we must pay the fires that continue to devastate Indonesia’s peatlands…

He is one of 5,600 Indonesian firefighters who have been working tirelessly to suppress the flames. 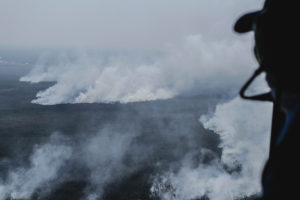 Ampera Bridge, the landmark crossing over the Musi River in Palembang, is barely visible from the air 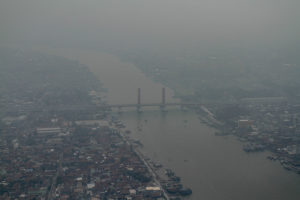 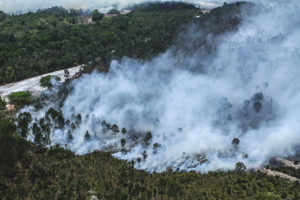 Fires are clearly delineated by the haze in Cengal, Ogan Komering Ilir 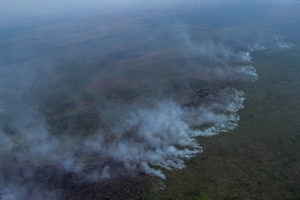 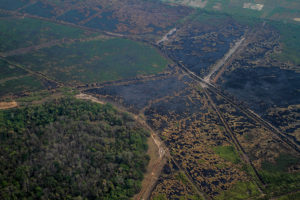 Specially equipped helicopters are constantly dumping water on flames that refuse to burn out. 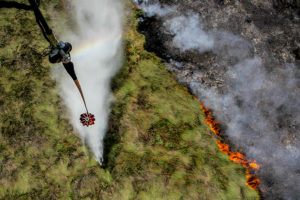 But climate change is still a hoax.

Pedamaran, in Ogan Komering Ilir district, has been allocated for Palm Oil Plantations 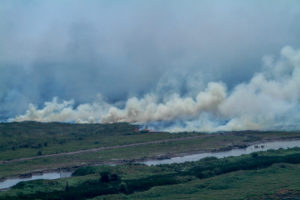 Despite being illegal, slash and burn tactics have long been the cheapest and preferred method of clearing the land for planting 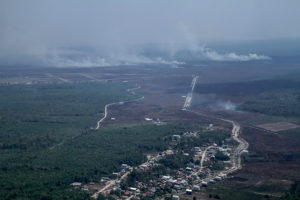 Some of the fires are uncomfortably close to residential areas 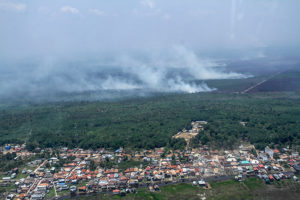 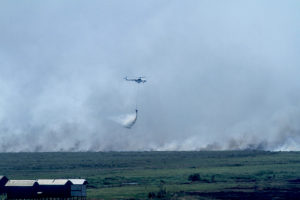 The praises of the forgotten fire fighters cannot be sung highly enough.

While the BPBD have been selflessly getting on with their job, they have effectively been battling the embers of hell with Organutan tears.

This is getting ridiculous.

What will it take for the management of our rainforests and peatlands to be taken seriously?

There are only so many times that these predictable annual fires can erupt like this before the world will have to exist without its precious Palm Oil, and the abundance of Indonesia’s ecosystems becomes something that we read in history books.

We are running out of chances to update Palm Oil practices fit for the 21st Century.