Connect with us
Photo: Joshua Oppenheimer

There has been a cultural turning point in the perception of Indonesian history. We are now living in a post The Act of Killing Indonesia. The Oscar-nominated documentary by filmmaker Joshua Oppenheimer probes into the atrocities committed by the gangsters who aided and abetted Suharto’s military coup in 1965.

It is the most important movie about Indonesia’s bloody and misrepresented historical episode, and such is Joshua Oppenheimer’s desire for the truth to come to light, the entire movie can be watched for free here.

It is a must watch for all concerned about Indonesia’s past, present, and future direction.

Here are 7 things we learned from The Act of Killing:

During the 1965 coup, up to 1,000,000 suspected “Communists” were murdered in state-sponsored genocide. Amongst such huge numbers, we must remember that every single statistic had dreams, a face and a family they left behind. Families who deserve justice for what they suffered. 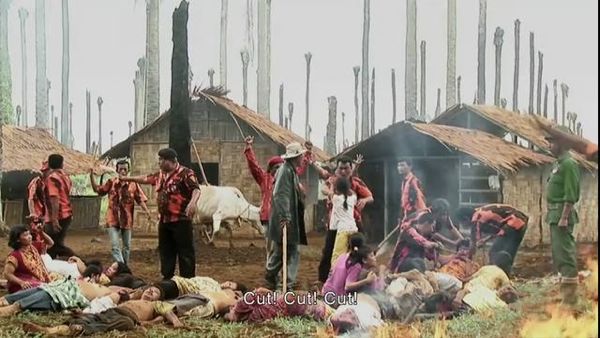 Indonesia had the 3rd largest Communist party in the world by 1965, behind only USSR and China. In a Cold War context, the US was seriously considering going to war with Indonesia to temper the rise of Communism and making it the Vietnam war before ‘Nam. But what is better than invading a country and dispensing with a Democratic base that you don’t agree with? Getting the local right-wing force to do it for you. 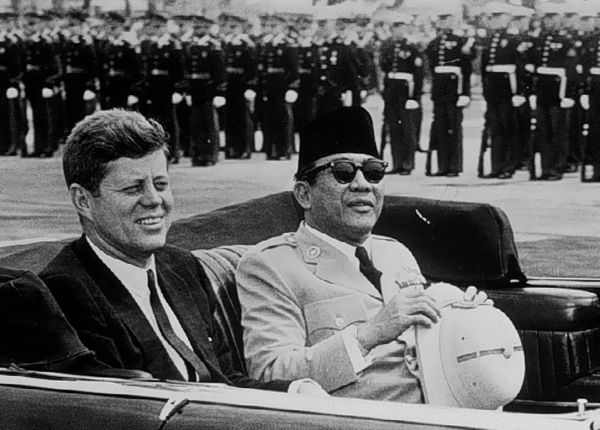 The C.I.A would send intel about who to kill and who was a ‘threat’ – what this led to was the killing of everyone who wasn’t supportive of the new regime.

There is a deeper cultural and psychological root to the genocide. Anwar and his cronies hated Sukarno’s attempts to ban American movies, as they were owners of local cinemas (the irony of certain western films being banned today, not least The Act of Killing, should not be lost). What Anwar and his fellow gangsters would do is watch a violent American movie, walk out mid-film, and consciously reenact the cinematic murders on someone they disliked. The psychological persuasion of Hollywood entertainment was a glamorous inspiration for the manner and even timing of when they felt an unquenchable blood lust, and how they would conduct it. 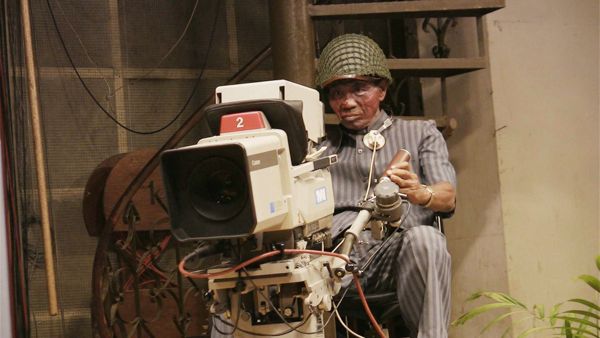 What is perhaps most chilling about the whole movie, is the perpetrators pride in the killings. They boastfully retell and reenact their murderous feats. It is the fear they have instilled in their regional centers of power that ensure they can maintain that stranglehold. 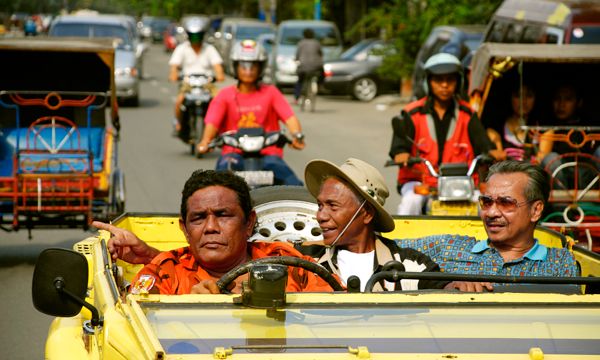 The timeless ideological reasoning, and geopolitical context of “Right vs. Left” was an excuse used after the fact to justify killing for local power/promotions. Killers imposed an image of an enemy onto those they killed as a justification for their acts. There is no denying that what emerged from the ashes of a Left-leaning government was a Right-wing authoritarian state. Though the murders that took place were conducted by ruthless and power hungry Gangsters wanting to consolidate regional power, far away from the epicenter of the coup de’etat in Jakarta. 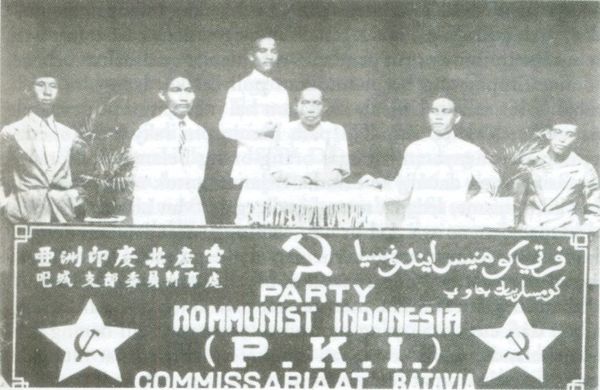 Another curious aspect is the interpretation of the term ‘Gangster’, defined by high-ranking officials as ‘free men’. This comes from the Dutch preman, meaning ‘free man’. The Dutch would use these Indonesian preman to illegitimately break up opposition – like a local unsecret police – and give them more autonomy than the people they were oppressing. Think of Samuel L. Jackson’s character in Django Unchained – a black man suppressing the slaves for his masters- and you have an idea of what the preman were for the colonial Dutch. This form of organization was greatly tempered after 1945, but endured a renaissance when the powerful were in a position and environment to capitalize on the weak. 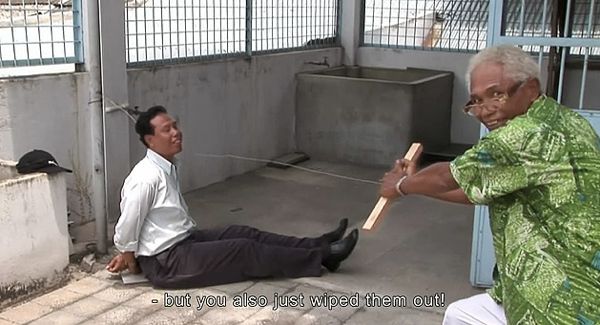 There is a paramilitary force in Indonesia that is 3,000,000 members strong. They are the private military force that defends the Pancasila doctrine, denouncing any opposition to their power as being ‘Communist’. It played a major role in the 1965 coup, and still serves to maintain power across Indonesia. 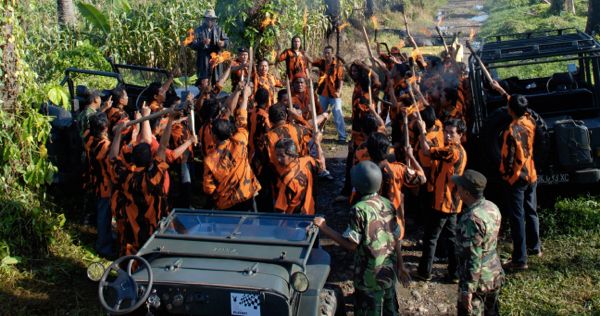 When we seriously consider the reality of Indonesia’s past, the origins of our Crony Capitalist present becomes self-evident. A deeply rooted corrupt politics finds its birth in the way the state apparatus came into being. American involvement in the coup and continued support for an undemocratic democracy in return for resources and geopolitical alliance cannot be separated from the ongoing disenfranchisement of the Indonesian multitude.

The destabilized perception of what happened during Suharto’s military coup is beginning to become clear. Fortunately, the new Jokowi regime is a clear jettison from the old days of authoritarianism.

What happens in the post The Act of Killing Indonesia, however, remains to be seen. For it is unraveling before our very eyes.