Connect with us
Photo: Elmonomudo.com

From eerie death ceremonies to strange harvest traditions and unbelievable sexual practices – Indonesia has hit all; the weird, the wacky, and the wonderful!

Have a look below at our list of some of the country’s craziest rituals and traditions.

Using a technique called ‘Goyang Madura’ or the Madura motions, which involves a series of rhythmic vaginal clenching (similar to Kegel exercises), the Madurese women’s sexual abilities are apparently enhanced. What’s more, there exist some Madurese ‘love potions’ that are said to make the women’s private areas beautifully fragrant as well as returning to their original “form”. The ‘Tongkat Madura’ or Madurese stick, is used to achieve the same goal.

All this has meant that on this little island found northeast of Java, the women of Madura are infamous for their sexual prowess! 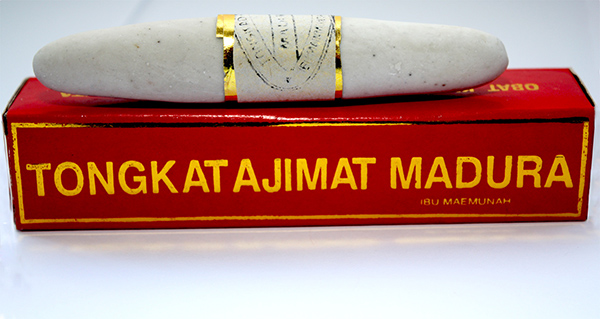 In Tana Toraja, renowned for its strange rituals, there exists a strange ceremony to honour departed loved ones. Ma’Nene, which takes place in August each year, is a ritual that involves the bodies of the deceased being exhumed, washed, groomed and dressed in new clothes, then walked around the village. 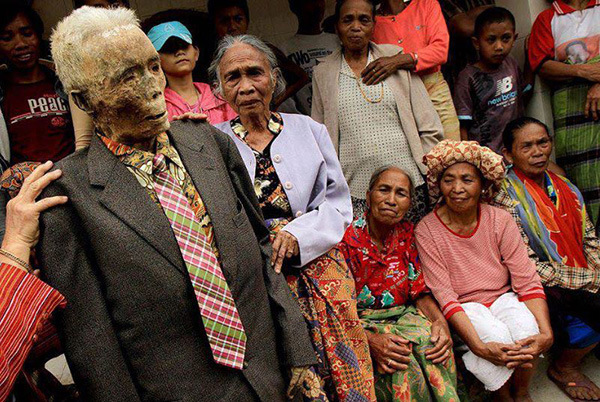 This remarkable Muslim martial art form, introduced to the area in the 16th century, requires participants to show their faith in the form of self-harm. The idea is that if you fully trust God with your life, he will not let you be harmed. Participants are sliced with knives, eat fire, insert needles into their cheeks, chew glass, but manage to walk away unharmed! 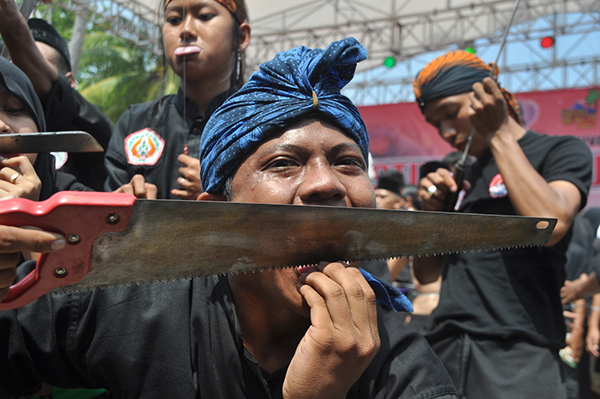 Taking place in Papua, a somewhat sad ritual exists amongst the Dani People of Wamena. To express grief in life, especially when a loved one dies, instead of crying, the Dani people cut off their fingers. This is done by any method possible, be it slicing, chopping or even gnawing them off! 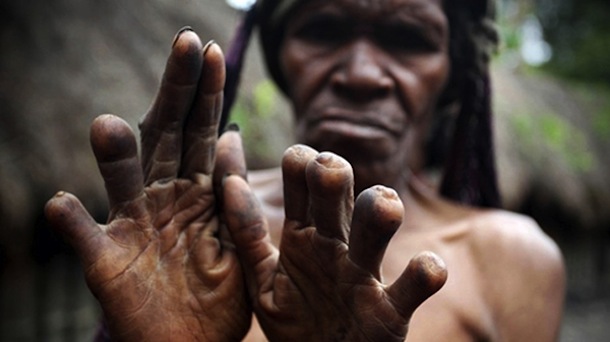 The villages of Sumba have a ritual of bloodshed and battle. Twice a year, the different villages get together and their ‘warriors’ get on horseback and throw large wooden spears at each other. The idea is that the blood that spills on the soil ensures a good harvest. Sometimes, if not enough blood has been spilt from the spears, the villagers go on foot and begin brawling with stones. 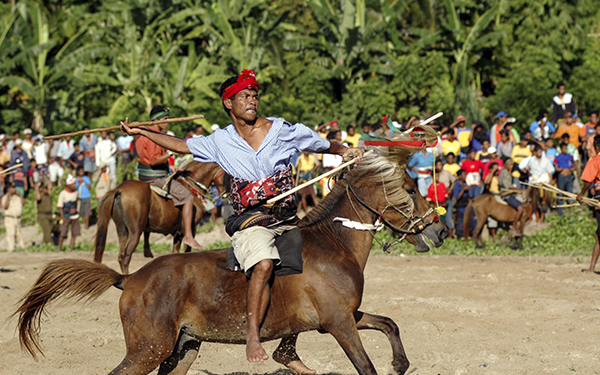 The second weird aspect about the funeral rites in Tana Toraja is their burials. The corpses are put into coffins and then placed in small holes in caves, or if they are small enough, some are placed in trees. Then, wooden effigies called Tau Tau are made to look like the deceased and are placed at or near the burial site. 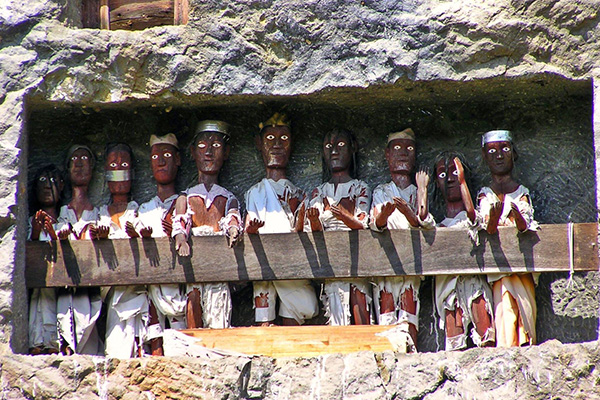 Banyuwangi, located at the easternmost end of Java, is home to a unique ritual of appreciation performed by farmers in the area. They thank the Earth and the Buffalo for a good harvest. The Kebo, meaning Buffalo, is the focus of the ceremony, whereby local farmers dress as Buffalo and plough through the streets – some say possessed by souls. 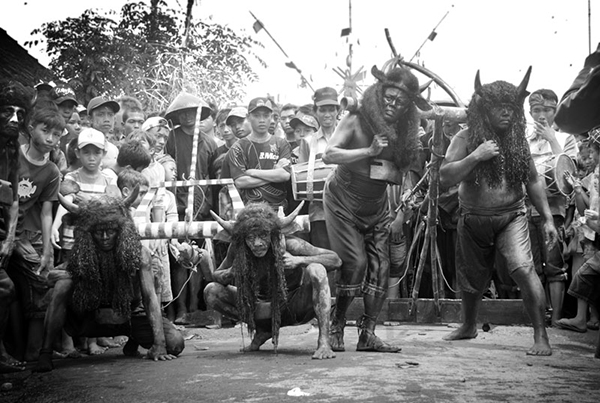