Indonesia has committed to going 23% renewable by 2025 as part of the Paris Climate Agreement. 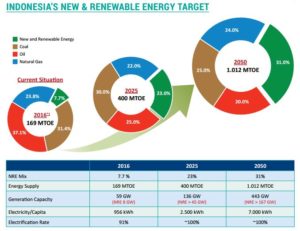 Surprise, surprise, we are off target. Just like the rest of the world.

Part 1 of our series on Indonesia’s relationship with the Climate Crisis looked at how much Indonesia currently contributes to environmental destruction.

In part 2, we look into how we have the natural resources to become a global leader in saving the environment.

Thankfully, Indonesia happens to be in renewable energy heaven.

Here are 6 factors that make Indonesia perfect for a renewable energy revolution:

Indonesia Has A Total 788,000 MW Potential Of Renewable Energy

To put that in perspective, Indonesia’s annual energy consumption is currently 55,000 MW per year.

While fossil fuel energies perish, the point of renewable energy is that it goes on ad infinitum. 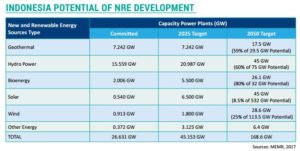 The benefit of existing along the Ring of Fire is the abundance of geothermal energy waiting to be harnessed.

Indonesia has 29 GW of energy across 285 locations. 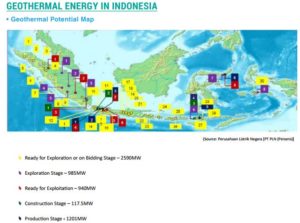 Indonesia is currently harnessing only 4-5% of Geothermal potential.

Indonesia has a total 75,670 MW potential of electricity generated from hydro or tidal sources.

As an archipelago, Indonesia is rich in coastlines, which provide the perfect wind and ocean currents for harnessing tidal power. 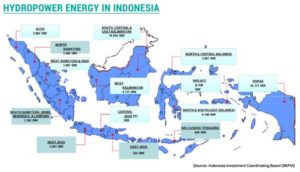 Only 5% of potential is currently in use.

One heartening example of this is the tidal bridge project in the Larantuka Straits.

This initial $200 million project will be providing power to 250,000 people in East Flores. 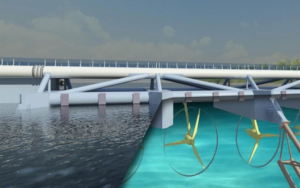 It is set to be one of the largest tidal bridges in the world.

Indonesia has 9.3 GW of on shore Wind potential.

“Seeing that all the blades of the wind turbines in Sidrap rotate, it means there is enough wind here. I feel like I’m in the Netherlands, although I’m in Sidrap.” 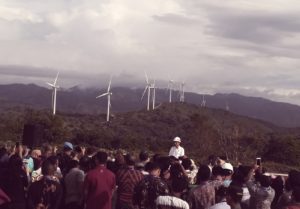 The 100-hectare project is the largest of its kind in South East Asia.

As an equatorial nation, Indonesia’s Solar Radiation is 4.8 kW per square meter per day. 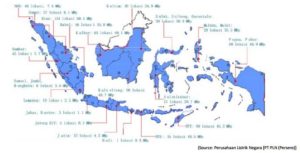 What does that mean?

Indonesia consumes 811 kW per capita per year. That means that theoretically just one square meter of sunlight provides enough power for 2 people for a whole year!

The key now is harnessing the technology and passing the legislation to facilitate Solar application. Both are making great strides. 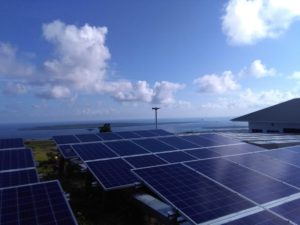 Minister of EMR Ignasius Jonan cited his own experience with his own solar panels.

He installed a 15.4 kW Solar system at the cost of Rp200 million. This reduced his monthly power bill from Rp.4-5million to just Rp.1 million.

His investment will break even within 5 years. Then his electricity is practically free. 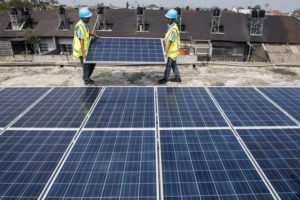 Solar panels provide the opportunity for wealthy individuals to take climate action into their own hands. As the largest consumers of electricity, taking this responsibility to “Go Green” is a must.

Industries and private individuals must be encouraged to take the environmental initiative, and help relieve the strain on Government to do everything. 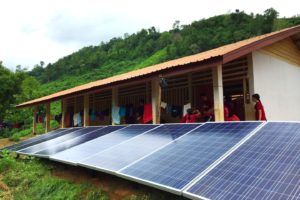 A Renewable Energy Renaissance Is Possible

Indonesia’s planed increase of dirty energy is a well intentioned move to solve a lingering problem.

50 million Indonesians (20% of the population) remain without electricity. 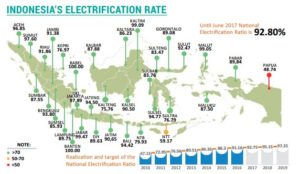 One reason for this is the price of getting coal and diesel energy to the many outlying islands is so expensive.

Diesel costs 3,000 kW per hour to get to the poorest and most remote communities. For perspective, that’s roughly double the price of electricity in Australia.

That’s why localised, renewable energy sources must be set up to provide for Indonesian’s on the sidelines.

Providing immediate clean energy will not only ensure that their precious ecosystems are sustained for generations to come, but we might discover the hidden gems that will deliver a sustainable Indonesia.

The transition will be expensive (stay tuned for part 3).

But the cost will pale in comparison to the price we will pay if we fail to take this opportunity to launch Indonesia’s own Green New Deal.

Luckily, the fate of our climate remains in our hands.

We need to be brave enough to make bold decisions, and take strength from the fact…

A Renewable Energy Renaissance Is Possible.

15 Ways To Make An Indonesian Angry