Maps can tell you a lot about a country.

From religious and ethnic diversity to population and language comparisons; these maps will teach you something new about Indonesia.

So here are 6 maps that will open your eyes…

2) How to say “one, two, three” in the various languages of Indonesia

6) Size comparison between the contiguous United States and Indonesia 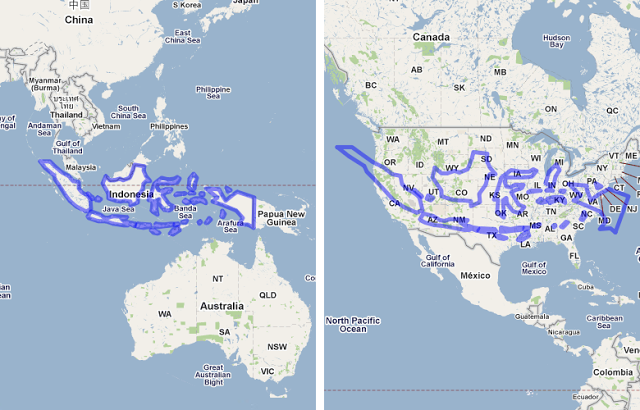