Indonesia has become one of the global epicentres of mercury production and export.

A metal so poisonous, there is “no known safe level of exposure”.

Indeed, decades of using Mercury in gold mining has caused 500,000 Indonesian’s to suffer from mercury poisoning. 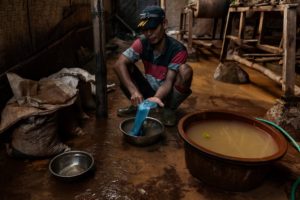 Adam Dean for NYT | An outlaw gold miner on the Indonesian island of Sumbawa examining a nugget of gold combined with toxic mercury,

In 2013, 114 countries committed to reducing the international trade in mercury, including Indonesia.

Wildcat minders had to find their own internal source of mercury as imports dried up following the global reduction. 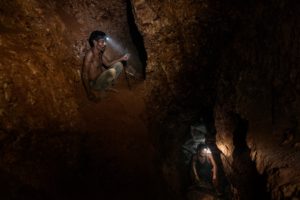 Adam Dean for NYT | A small mine on Sumbawa. Miners often dig for ore on land without permission or government permits.

Now Indonesia is a Mecca of mercury, shipping thousands of tons a day, mainly for gold mines in Africa and Asia, passing through Singapore and Dubai.

Small scale miners use Mercury in 80 countries across Asia, Africa and the Americas.

It’s estimated 25% of the world’s gold is produced using Mercury. 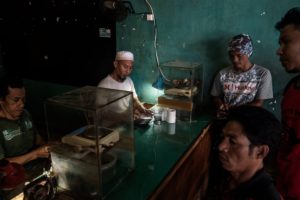 Adam Dean for NYT | After processing the ore, the miners take their gold to dealers, like this one in Sumbawa, to be paid.

Mercury is a favoured method for small scale miners as it is cheap and effective.

It is mixed with the crushed ore to extract the Gold. The Gold binds to the mercury and is then heated, leaving Gold behind as Mercury ascends into the air. 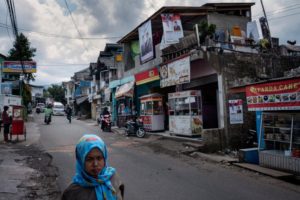 The government has been aware of this since 2012, though education and warnings to worst effected areas have been lacking as there is a fear of causing panic over the food supply. 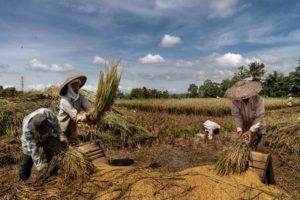 Adam Dean for NYT | Mercury is considered particularly dangerous because it can enter the food supply,

Fish is a huge source of Mercury pollution. It’s how mercury poisoning can occur in distant places, far from mines where mercury is used.

Indeed, fish is the US’s largest source of mercury poisoning and is how a study found that 24 islands around the world independently have up to 50% of woman having high levels of mercury.

The metal can cause birth defects, neurological problems and death as it climbs up the food chain. 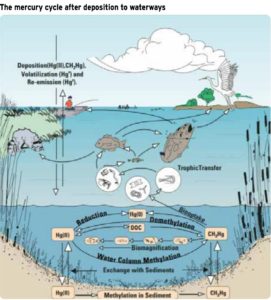 The Man Who Pioneered The Mercury Trade In Indonesia

Cece Rifa’i is to mercury what Walter White is to crystal meth. 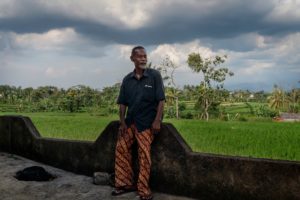 Adam Dean for NYT | Cece Rifa’i helped pioneer the network that connected mercury producers with gold miners. He gave up producing mercury in 2017 after cutting a deal with the authorities to avoid jail.

In a roadless village outside of Sukabumi, Cece began his poisonous empire.

With a homemade furnace, he could produce 1 ton of mercury worth $20,000 in a single day.

Despite the “pocket money” he would give to investigators, like all malevolent empires, Cece’s was doomed to fail.

Police began cracking down on mercury producers around Sukabumi in 2017, shutting down 3 furnaces and arresting 100 people.

Cece’s enterprise was one such casualty. 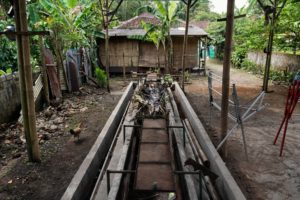 Adam Dean for NYT | The remains of an abandoned and apparently unused illegal mercury production smelter is seen in the backyard of a home in Cidahu.

If only the solution was as simple as finger wagging at activities that are morally, ethically and environmentally uncomfortable.

The truth is these mercury producers are aware of the damaging effects the metal brings to their communities.

The problem is, if you think $20,000 a day gets you far in any capital city, imagine what it can get you in the kampungs around Sukabumi. 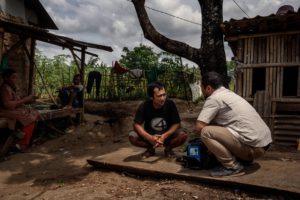 Adam Dean for NYT | A dormant production facility in Cidahu

The current approach of wildcat miners, officials and chancers in Indonesia is a prime example of the difficulty posed by the archipelagos abundant resources.

Short-termism and greed are the curses that will squander the opportunities afforded by them within a generation, whilst poisoning the next.

Unless we can imagine an intelligent approach to Indonesia’s nature worthy of the 21st century.