Indonesia will host the 30th Man and the Biosphere Program International Coordinating Council (MAB-ICC) over July 23-28 in Palembang, South Sumatra.

Indonesia will also propose to have three of the countries own national parks declared as new biosphere reserves. Enny Sudarmonowati, head of the MAB-UNESCO’s national committee, has said:

“We will nominate Berbak Sembilang in South Sumatra and Jambi, Betung Kerihun Danau Sentarum in West Kalimantan and Rinjani in West Nusa Tenggara.”

Sembilang National Park covers 2,051 km2 along the east coast of Sumatra, Indonesia. The park is dominated by swamps and peat forests, and is already a Ramsar wetland of international importance. 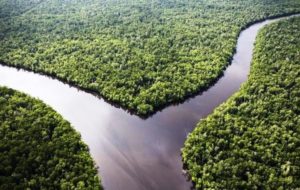 The park is considered to have the most complex shorebird community in the world. 213 species have been recorded and it supports the world’s largest breeding colony of milky storks. 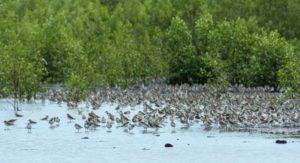 Betung Kerihun is a national park in the province of West Kalimantan along the Malaysian border. The park was established in 1995 and has a total area of 8,000 km2 roughly occupying 5.5 percent of the West Kalimantan Province area. 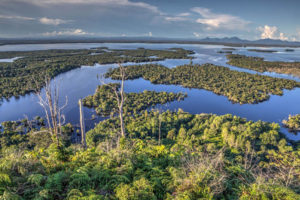 Together with the Lanjak Entimau Wildlife Sanctuary in Malaysia, it has been proposed as a joint World Heritage Site, named the “Transborder Rainforest Heritage of Borneo.”

With rich wildlife, it is also home to the endangered Bornean orangutan, as well as seven other primate species. 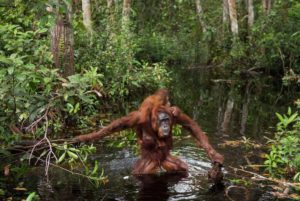 Mount Rinjani is an active volcano, and at 3,726 meters it is the second highest volcano in Indonesia.

What makes Rinjani special is its 6-by-8.5km caledra at the top. Filled with a crater lake known as Anak Laut (Child of the Sea), the navy blue lake is an unusual 2,000 meters above sea level.

But worth the hike! 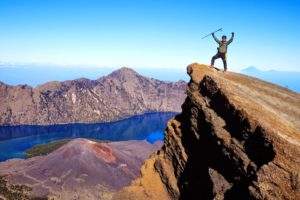 MAB-ICC is a UNESCO held agenda to discuss the development of biosphere reserves and to help restore ecosystems.

“Biosphere reserves are said to be areas comprising terrestrial, marine and coastal ecosystems. Each reserve promotes solutions reconciling the conservation of biodiversity with its sustainable use.”

Enny has said that the MAB-ICC has given Indonesia the chance to meet its role as one of the countries with the most diverse biological resources in the world:

“As host, Indonesia needs to propose recommendations related to one of its biosphere reserves, Berbak Sembilang.”

Maybe not as thrilling as the Asian Games, but we are proud that Palembang will play host to such an important environmental event!

ASIMETRIS: New Documentary On Palm Oil That Needs Attention
Meet Gary Bencheghib – The Guy Who Canoed Down the Most Polluted River in the World