For many people, Economics (and numbers), are dry.

But for all you nerds out there who like to dig your teeth into some raw economic data, do we have the factsheet for you!

As part of the UK governments FCO Economics Unit’s bi-annual report on Indonesia, they’ve released their Economic Factsheet on Indonesia. With some interesting findings.

Don’t worry, if numbers aren’t your thing, we’ve picked the highlights and broken them down. If you do like numbers, well, you’re in for a treat.

Here are 17 highlights from the Indonesian Economy…

GDP is over USD $1 trillion

The Economy is growing at 5.1% per year

A healthy balance between our Industry and Service Economies

Half the population is under 30. 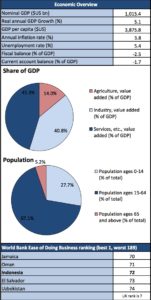 HDI is a statistic composed of life expectancy, education, and per capita income 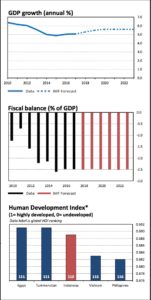 Brought under control since the 2014 elections, and predicted to sit at a comfortable 3%. 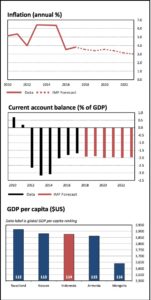 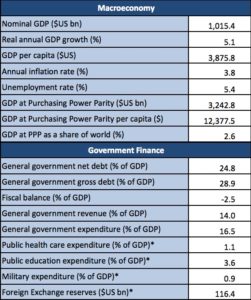 95.4 % of Indonesians are literate

Despite all the noise and nonsense Indonesians create on the internet, 75% of Indonesian are missing out… 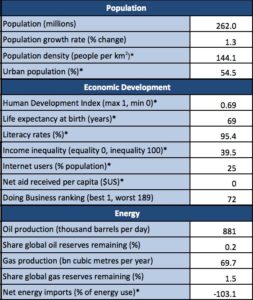 Indonesia is a net exporter of goods and services

The world needs its IndoMie! 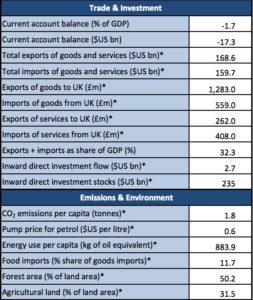 50.2% of Indonesia is Forrest Area

Can we keep it that way?

That seems quite high… considering there’s 265 million of us.

The future looks bright for Indonesia… on paper.

But these tables rarely account for the resource inputs and environmental surroundings that support the wider economy.

For example – It’s unlikely that these projections accounted for the Indonesian capital being submerged underwater within the next 12 years. A real possibility that no one seems to be taking seriously.

We have a country that has such a rich and beautiful environment.

It’s up to us to make sure we value Indonesia above the balance sheet.