According to the UN – we have 12 years to solve the Climate Crisis.

But what is Indonesia role in this alarming fact?

As with the rest of the world, not only are we way behind, we are actively making things worse.

Indonesia’s position is unique compared to the rest of the world’s worst emitters.

As the global home of palm oil, the ingredient of many commodities, Indonesia’s climate target (and economy) is beholden to global consumer tastes.

Combine this with a rapidly rising middle class, accelerating demand for energy, inadequate funds and no solid design for a sustainable future, Indonesia’s position hangs in the balance.

Though that is no excuse for a nihilistic acceptance of environmental catastrophe.

Indonesia is so important in this fight because if the country doesn’t reach its climate goals, neither will the rest of the world.

This is part 1 of a 3 part series on Indonesia relationship with the Climate Crisis, and what solutions are required.

Indonesia Is The 5th Largest Emitter Of Green House Gasses

This is mainly from deforestation for Palm Oil which involves further clearing of carbon-rich tropical forests. 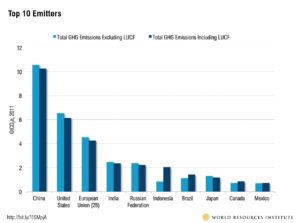 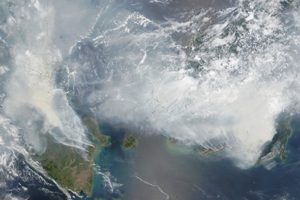 Indonesia Is The Largest Contributer Of Greenhouse Gas Emissions From Land 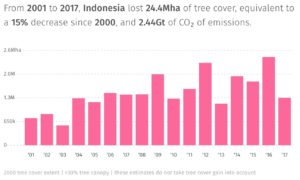 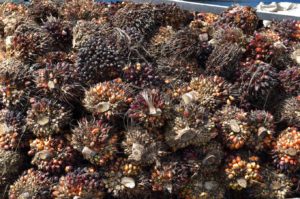 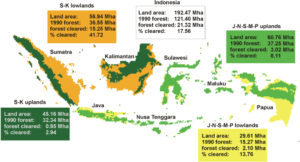 “More than half of all packaged products Americans consume contain palm oil.” 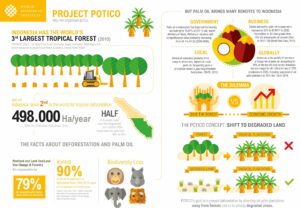 This event produced the same amount of CO2 emissions as the UK for an entire year. Despite tighter regulations, wilder weather patterns make this a repeatable possibility. 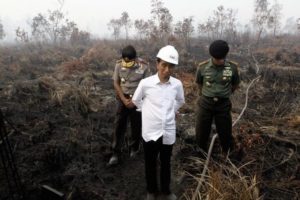 Even with the best intentions of Indonesian authorities, global demand continues to find its way around regulations. 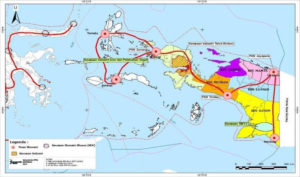 Expanding Middle Class Is Backed By Minimal Investment In Renewables

Even if, hypothetically, there was a miracle and Indonesia reduced deforestation, eliminated forest fires and enforced sustainable palm oil practices, there is another catastrophe running parallel to this.

This is adding to the 42 already existing. Exports of (mainly) Kalimantan sourced coal are dwindling. The increase is mainly to serve local demand.

Friends of the Earth International

All these programs are done with the interest of the Indonesian people at heart.

This isn’t an argument against the advancement of the prosperity of the Indonesian people.

Though sustainability and prosperity don’t have to be separate goals. They can and must be aligned.

There is immense potential for Indonesia to be an exemplary sustainable energy nation. The country has wind, hydro, solar and geothermal energy potential in abundance.

Yet Only 2% Of Indonesia’s Energy Comes From Renewable Sources

2 crucial things are missing from a solution. Harnessing renewable energy potential and funding. These will be the subjects of follow up features in the series.

But we must come to this realisation now.

Only when we accept the complete hopelessness of the current trajectory can we dare hope for a future habitable Indonesia.

Sure, rapid mobilisation from government, private sector, and the global community to a new climate climate-conscious paradigm must be meaningfully harnessed immediately.

But the responsibility of the common people to demand this is the prerequisite.

It is the challenge of our generation to ensure Indonesia is destined to play a defining and positive role in the Climate Drama.