Connect with us
Photo: coolephotography.co.uk

Indonesia is the world’s largest archipelago, with 18,307 islands there are just so many places to explore and discover.

Some islands, however, are more worthy of exploration than others. Now, we’re not talking about the likes of Bali, Lombok, Komodo and Raja Ampat – these are pretty popular places already – we want to show you some real hidden spots around the Nusantara so that you can enjoy your own secret getaway!

Seram is the largest of the Maluku Islands, once known as the Spice Islands, which are found just east of Sulawesi. It encompasses a beautiful mix of mountains (up to 3000m high) that descend down towards their pristine beaches. This island is truly lush, with rich green lands and also a mix of exotic animals like the Salmon-Crested Cockatoo and the Moluccan King Parrot. 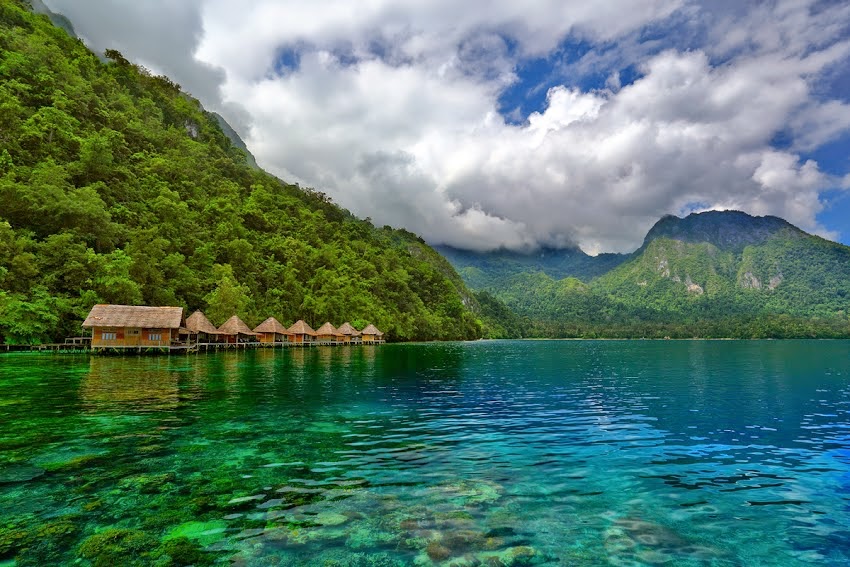 Part of the East Nusa Tenggara Province of the Lesser Sunda Islands, Rote Island is yet another unique destination that needs to be highlighted on the map of Indonesia. This quiet island is home to many beaches and its west coast is a favourite destination for surfers. The culture of the Rote Island people is also something to experience, with their Sasando Music and Ti’I Langga hats. 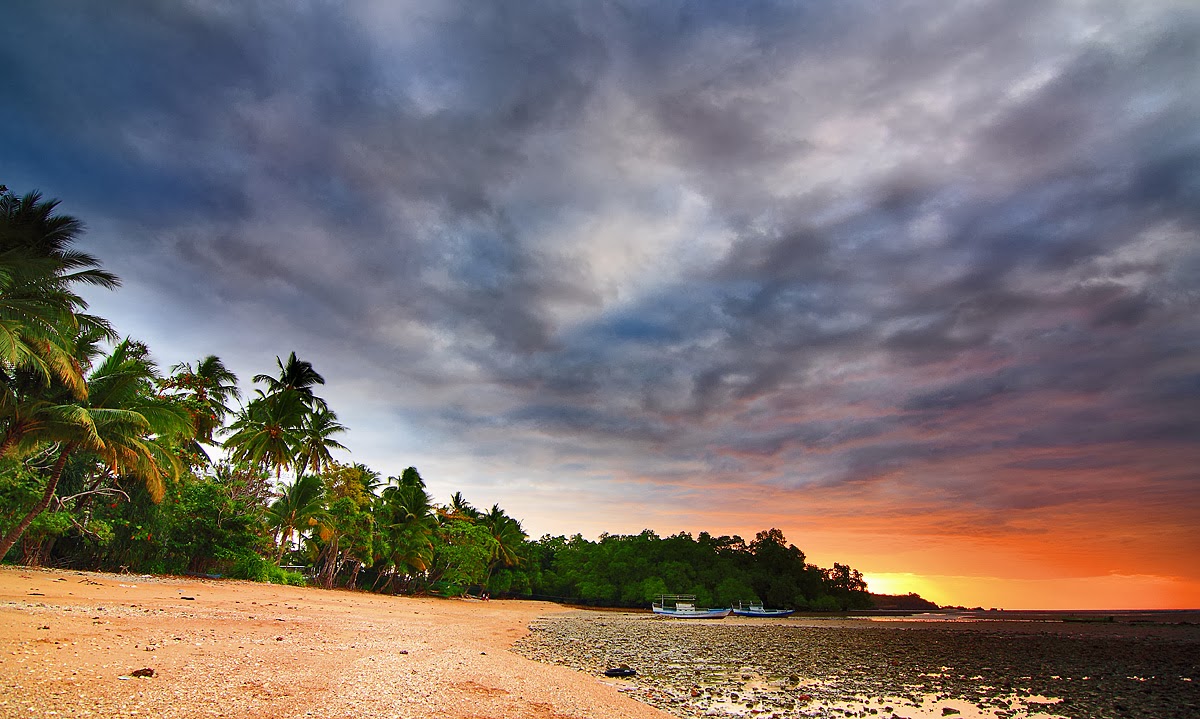 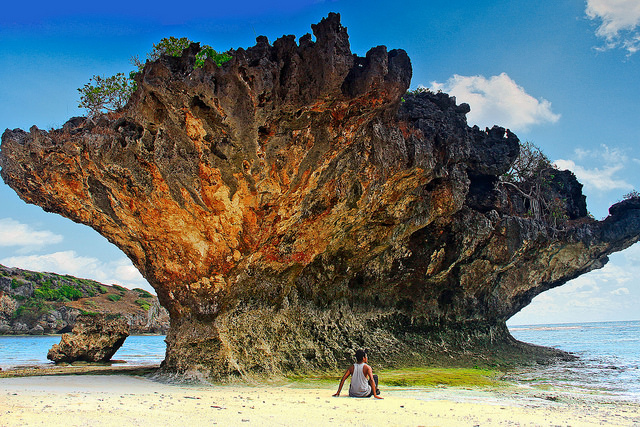 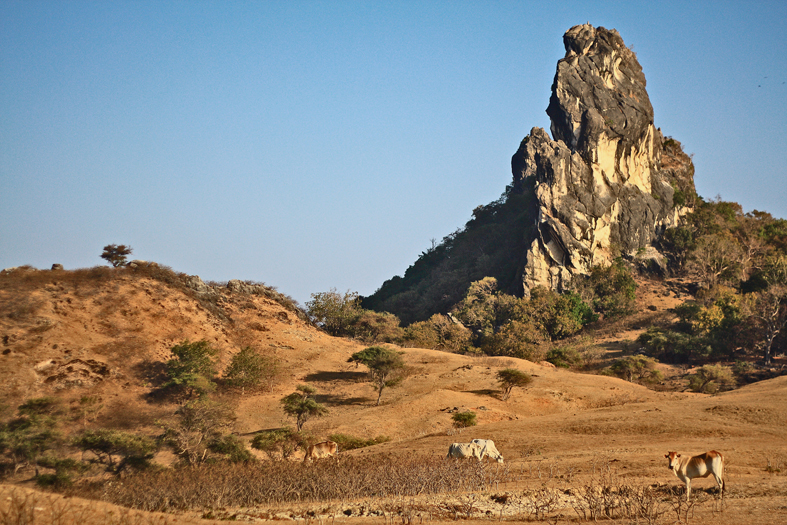 West of Sumatra sits a little volcanic island called Weh. People visit the island for its astounding underwater beauty, and since the Government protects the surrounding waters, many divers and snorkelers come here. From the coral reefs to its mangrove forests, to its volcanic lands, this island is the perfect getaway. 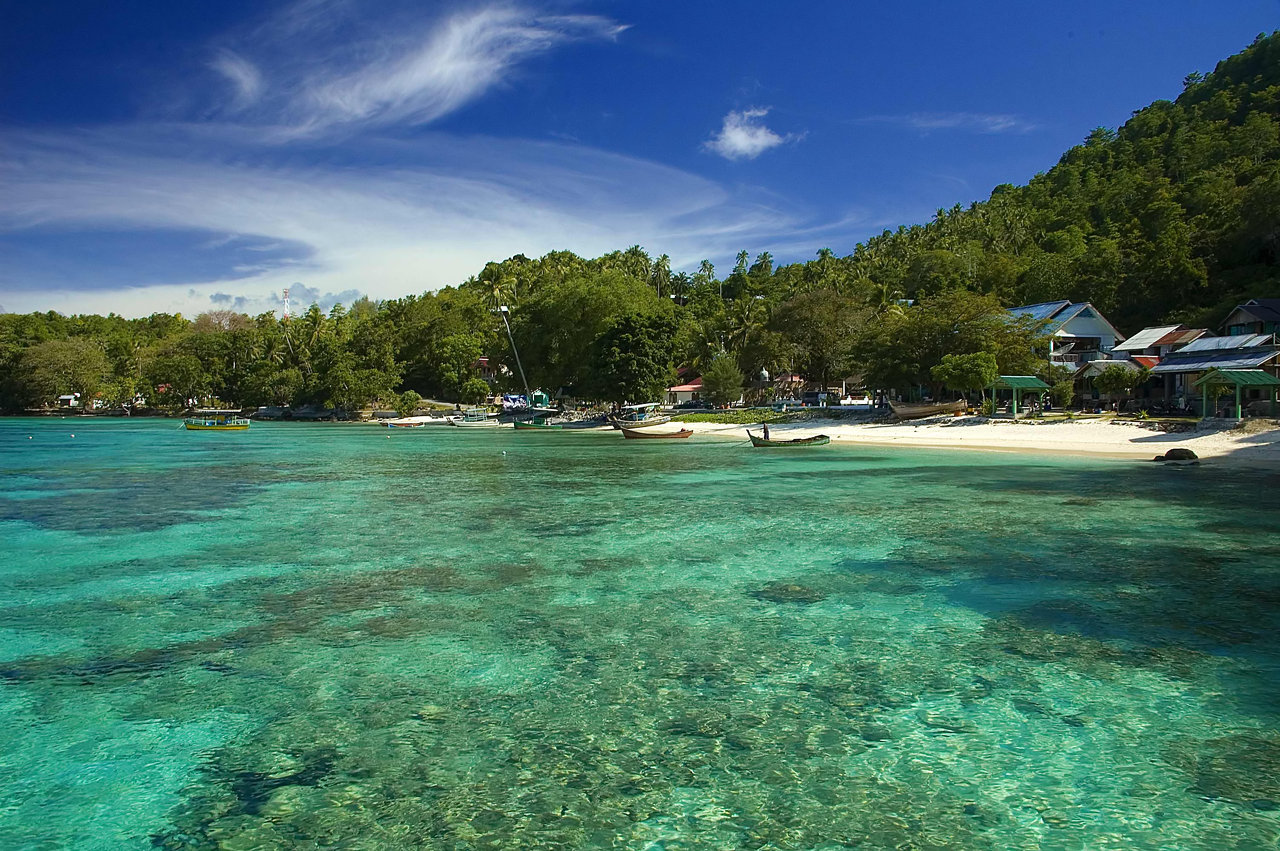 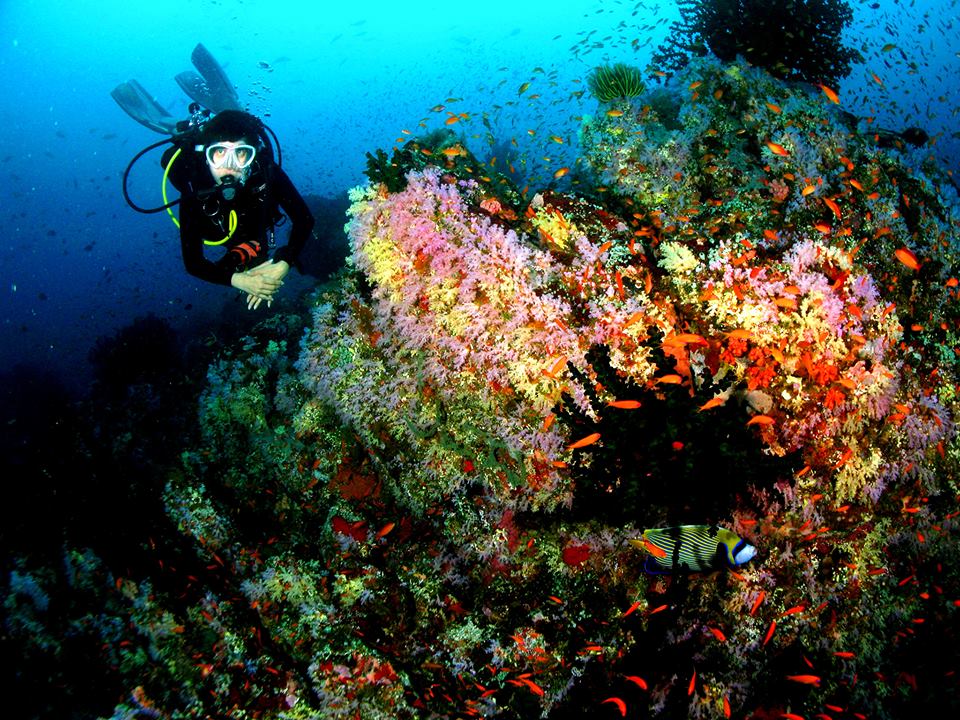 This is, in fact, an archipelago that consists of 27 islands, found north of Java. Five islands are privately owned but the other 22 have been protected by the Ministry of Marine Affairs and Fisheries and have come under the Karimunjawa National Park. Since then, it has become a great diving destination. 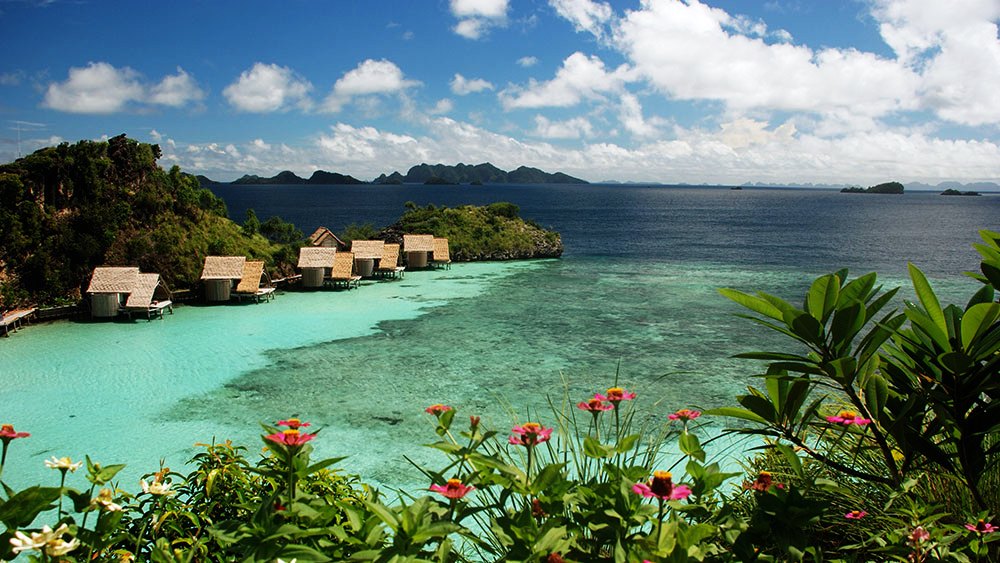 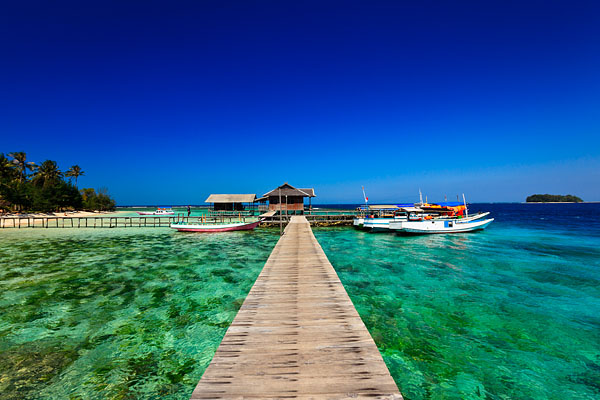 Bunaken Island, along with three other islands, together make the Bunaken National Marine Park. Located off the coast of North Sulawesi, it is a truly amazing diving destination with numerous species of sea turtles, reef sharks, dugongs, barracuda and larger pelagic sea creatures roaming the waters. It is protected, so visitors must pay just to enter the National Park, but it is well-worth the modest rp.50,000 per day fee. 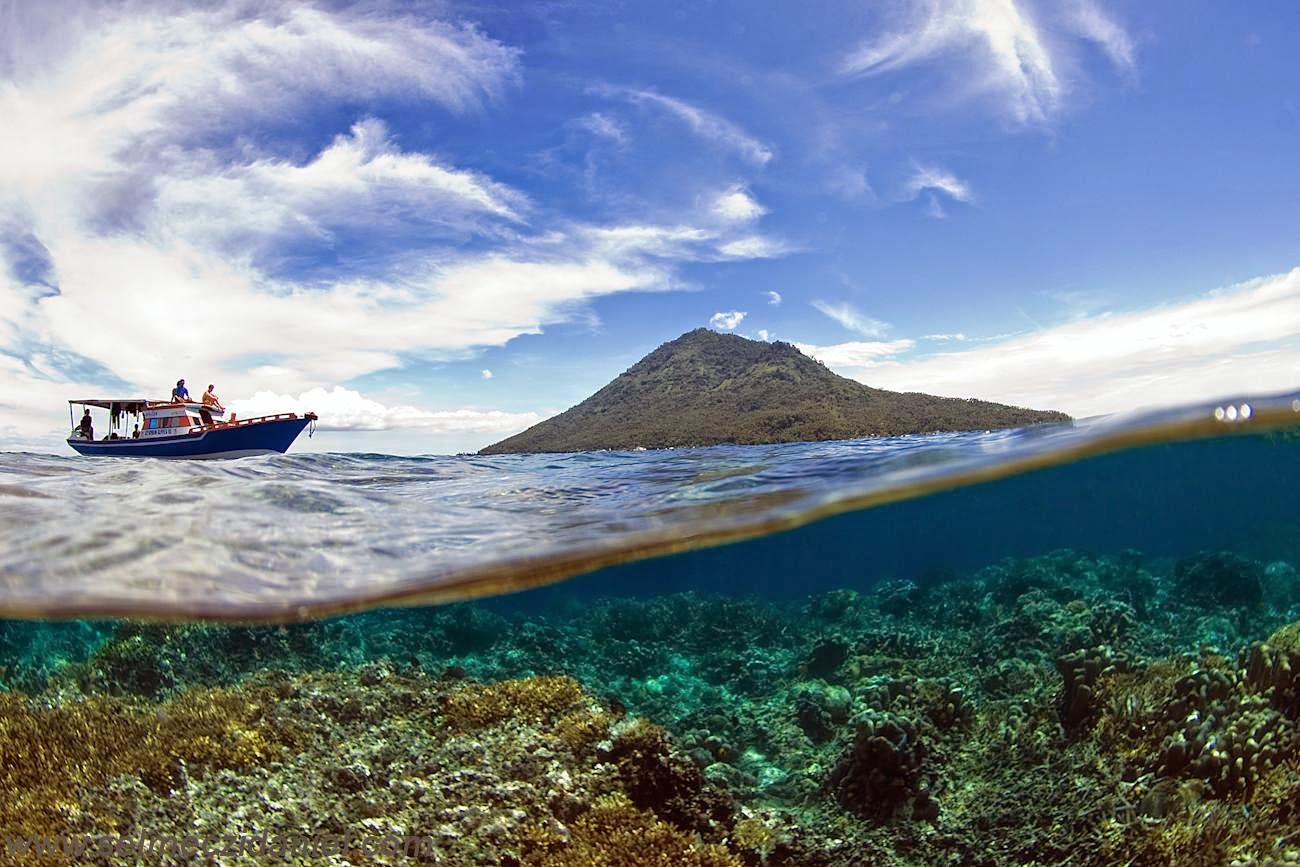 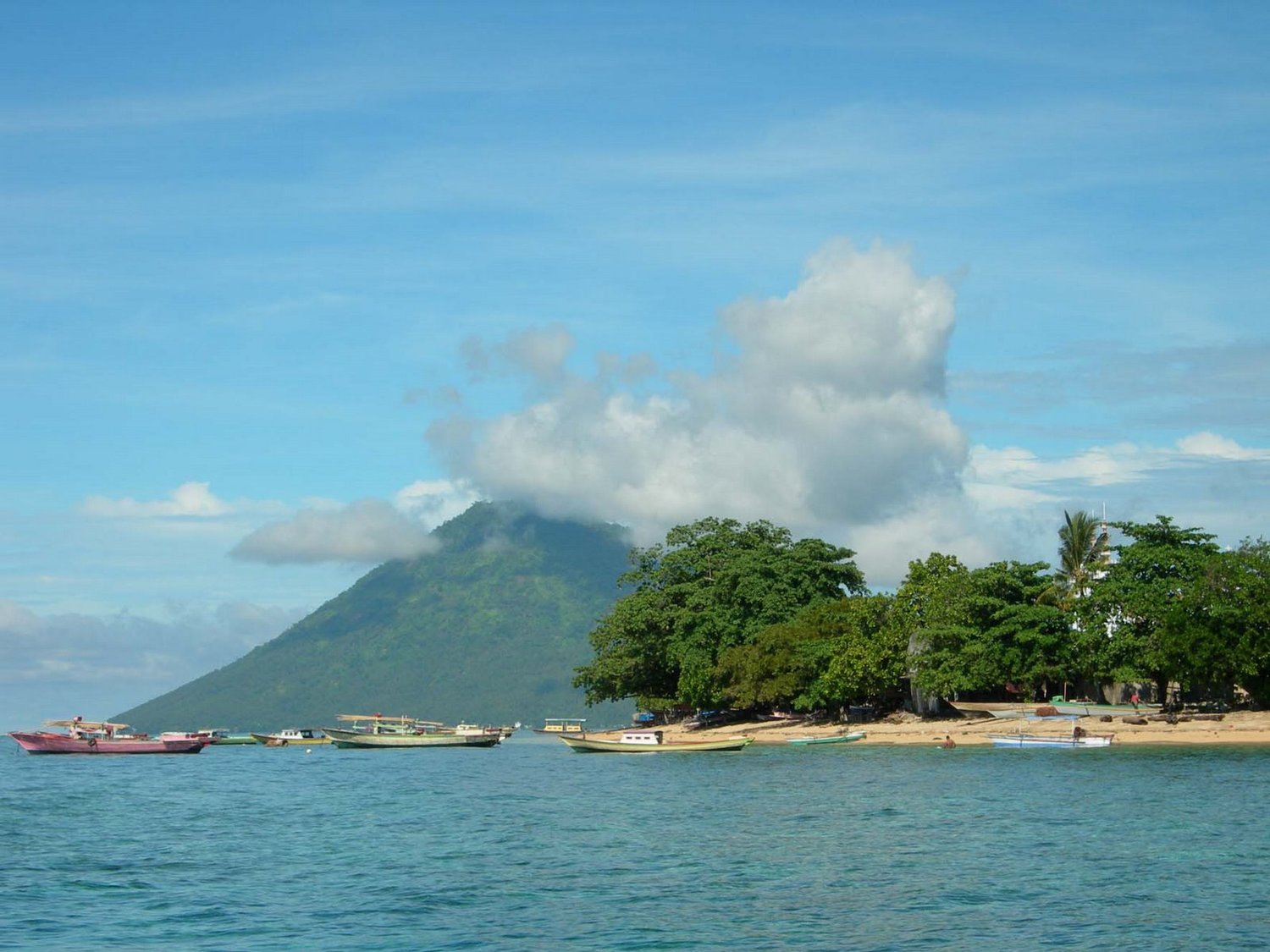 Wakatobi is actually an abbreviation of the names of the 4 islands of a cluster: Wangi-Wangi, Kaledupa, Tomia, and Binongko. The Wakatobi Islands are found off the Southeast coast of Sulawesi and fall into the legendary Coral Triangle, known to have 942 species of fish and 750 species of coral reef. After the Great Barrier Reef in Australia, Wakatobi has the largest coral reef in the world! For good reason, this island is popular for diving. 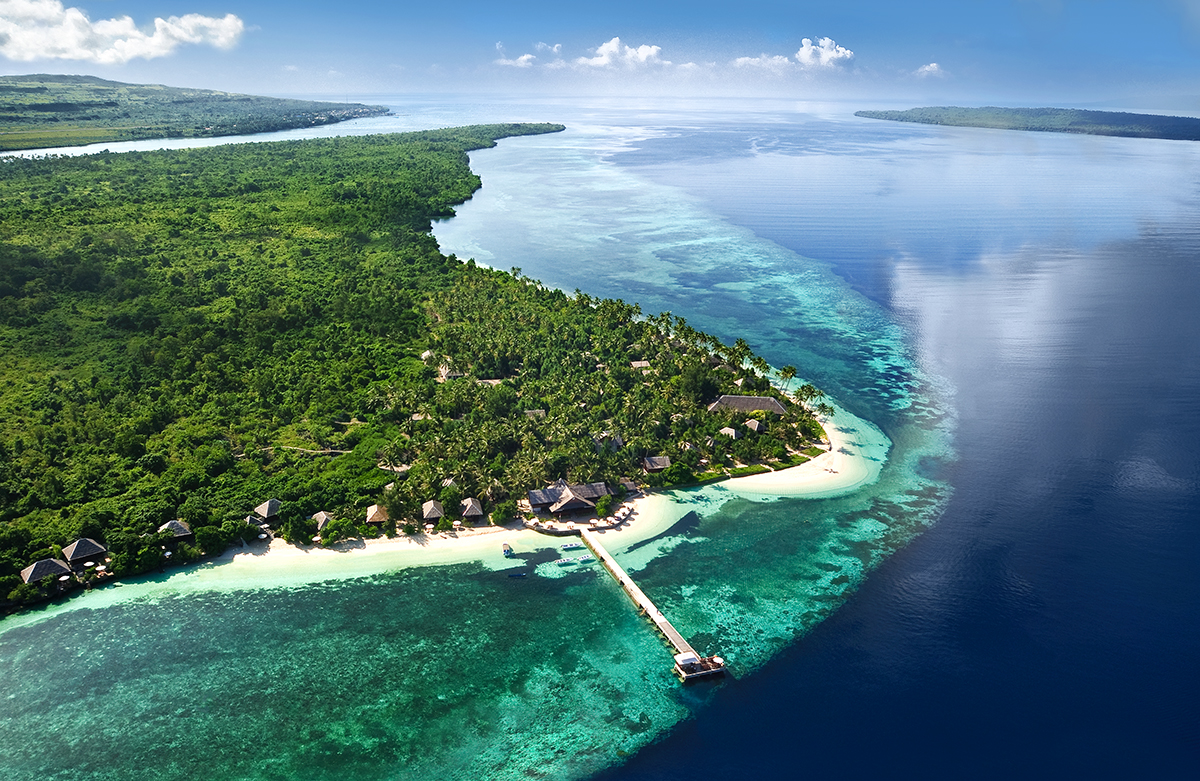 This is one of Indonesia’s northernmost islands and is the farthest north of the Maluku Islands off the coast of Sulawesi. Morotai has huge stretches of white sandbars and blue waters, interesting village life, but mainly it is known for its history. During the Second World War, the Japanese invaded and then the allies took over, so now there are random rusting war remnants scattered around the islands, from explosive shells to tanks! But there are some secret surf spots and small islands surrounding Morotai itself that are great sights. 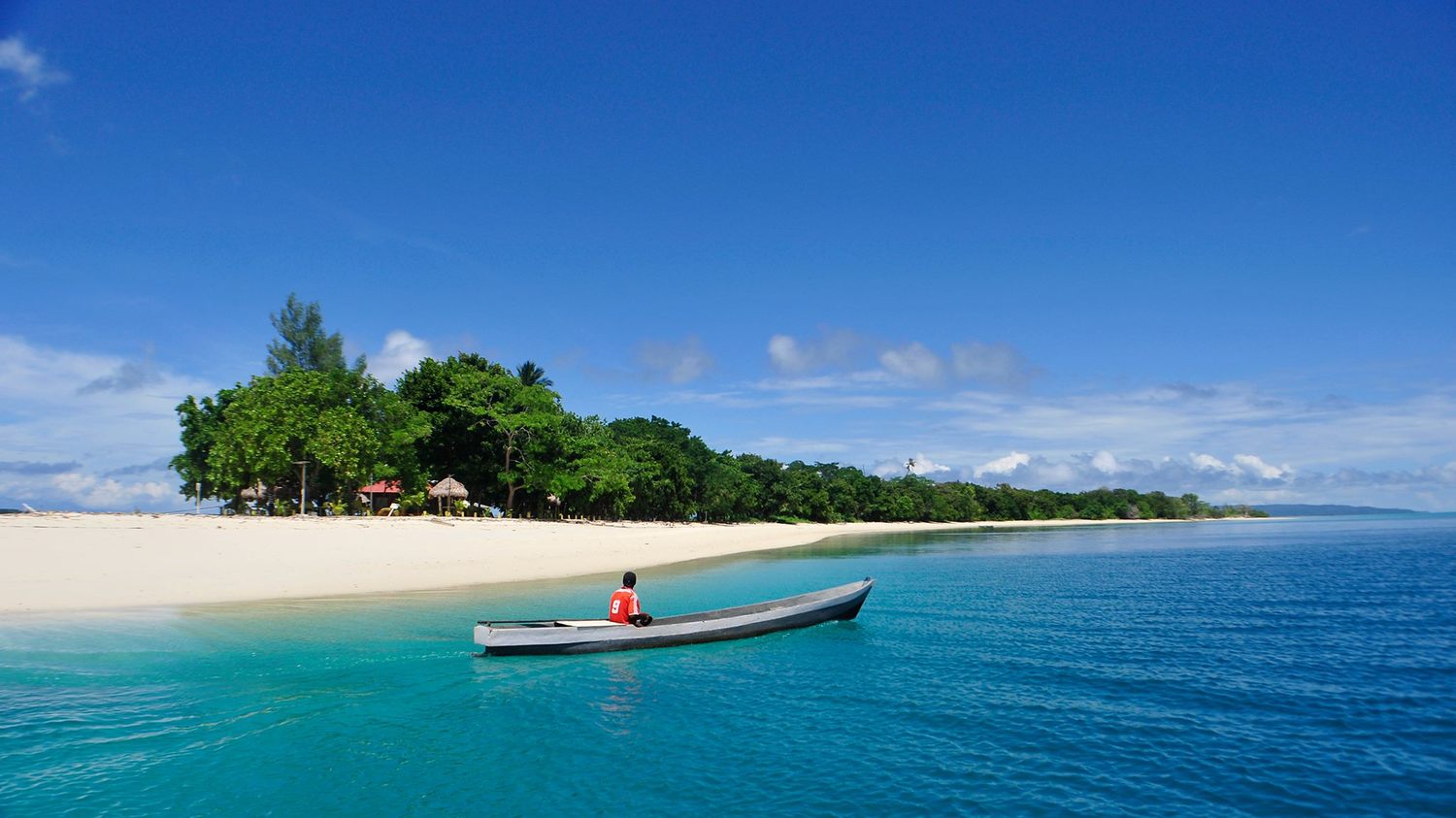 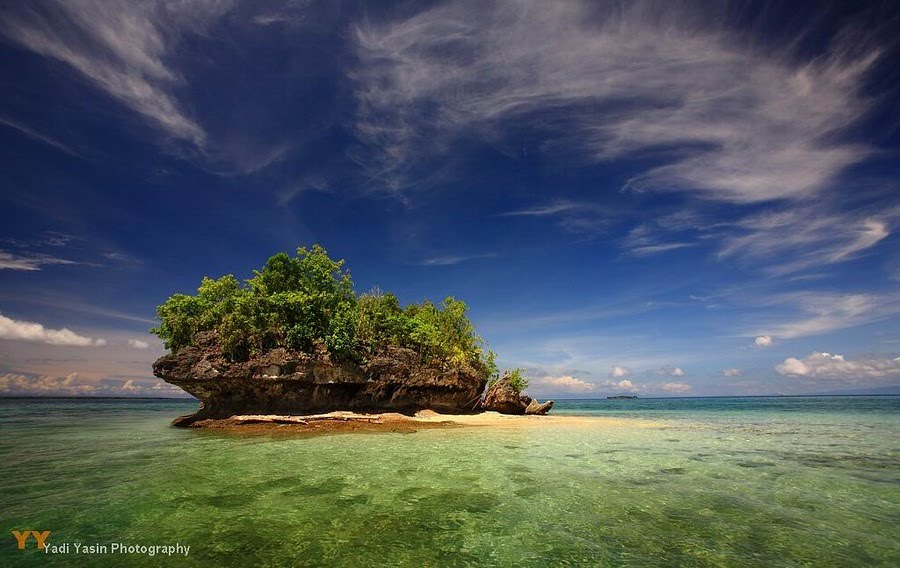 Belitung, otherwise known as the “Island Beyond the Rainbow” sits just off the east coast of Sumatra and is a classic paradise island. The waters are transparent, the sand is golden white and the beaches are lined with granite stone formations. There are sand islands offshore, a 130year old lighthouse, snorkeling and much more to see. 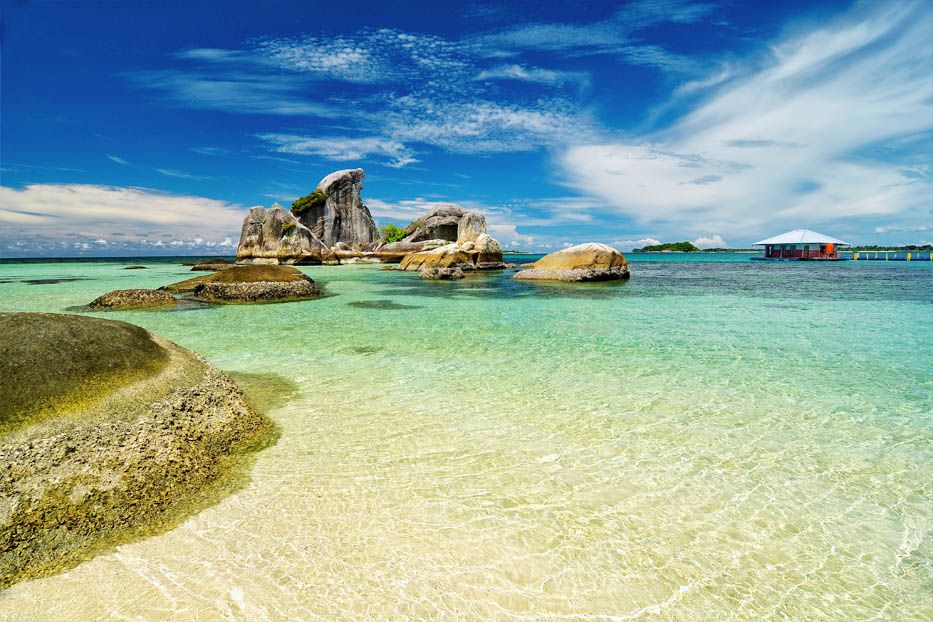 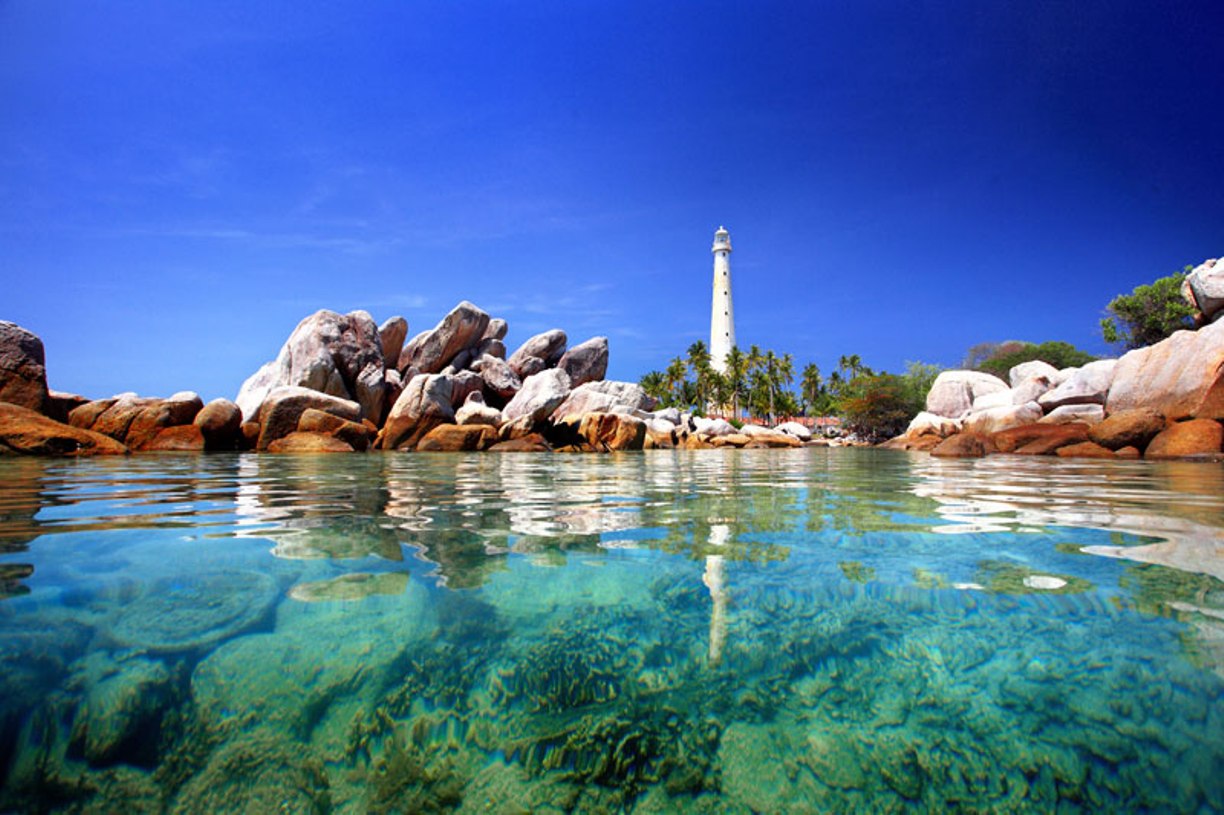 We now take you to East Kalimantan, to a small island called Kakaban, part of the Derawan Islands. Limestone cliffs surround the island and thick forests cover a lot of the land. The surrounding waters are heaven for divers, but really it is the waters inside that interest most people; visitors know it is as the jellyfish lake. Here, surrounded by dense mangrove, thousands of jellyfish dwell within this island lake – the unique aspect is that they are completely stringless, meaning you can swim in the waters surrounded by these interesting creatures. 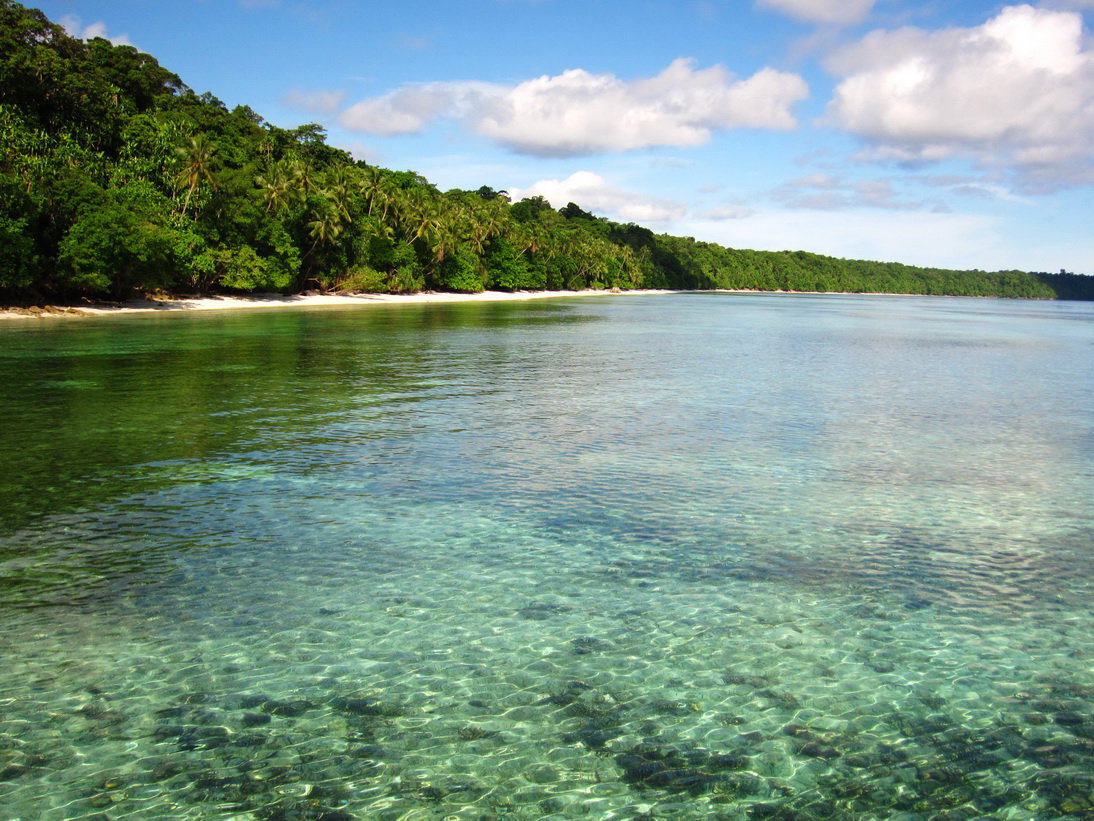 In Indonesia’s West Nusa Tenggara Province, north of Sumbawa, Moyo Island hides away. A National Park was established there in 1986 to protect the amazing flora and fauna found in the region. This is no regular paradise island; explorers and adventurers will love it. Firstly, like the rest of Sumbawa Regency, the island’s surrounding waters are azure and pristine, and they lap against the dark green vegetation just behind the white stretches of beach. Inland, however, Moyo Island is the home to an amazing array of animals, including wild boars, barking deer, long-tailed macaques, flying foxes and exotic birds. There are also island waterfalls that fall into little lakes, only found by searching through the rich jungles. Moyo epitomises Indonesia as a whole; rich, diverse, colourful and unique, a really worthwhile visit for anyone. 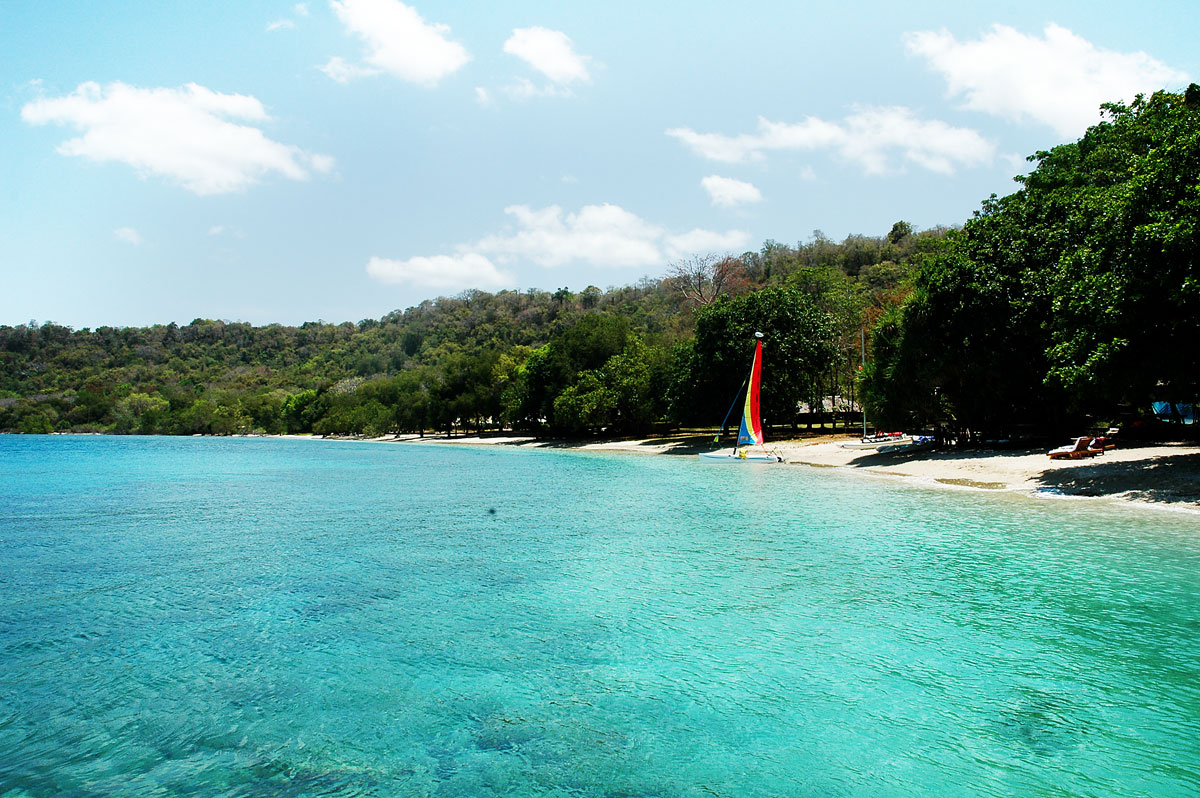 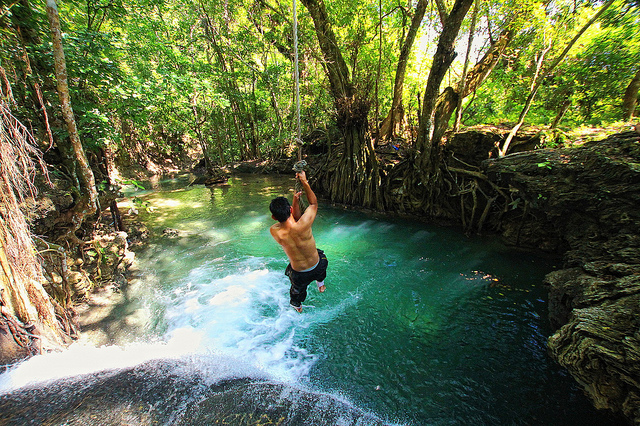 So now you’ve seen them, our 10 island getaways! Surely that wanderlust has kicked in whilst reading this post so now it’s time to start booking your travels around Indonesia. Also, we know there’s more out there, so if you’re traveling around the country and know of some great island getaways feel free to contact us to Write for Wowshack .