Indonesia is the 3rd most affected country in the Cambridge Analytica Scandal.

In revised numbers from an internal Facebook investigation, 87 million people’s data were harvested globally instead of the initial 50 million reported. Indonesian Facebook users make up over 1 million of those profiles, just behind the Philippines and the United States in terms of volume of collected data.

Could this collection of Indonesian Facebook profiles be related to the upcoming 2019 election? Surely Not… 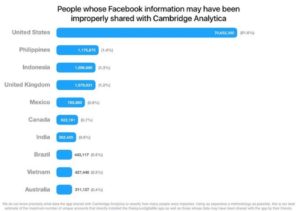 After the use of social media in the 2016 US election, it is almost the universal understanding of every Indonesian voter/social media user. Our behavior will potentially be the subject of attempted political manipulation through the collection of our online data.

This is exactly why the Minister of Communication and Information Technology Rudiantara, or Chief RA, is taking a tough stance:

“The improper use of data by the Electronic Systems Provider (PSE) may violate Ministerial Regulation (PM) Komingo on Personal Data Protection (PDP) as well as the Electronic Information and Transaction Act (ITE Act)…The sanctions can range from administrative sanctions, 12-year prison sentence, and fines up to Rp 12 billion (USD 873,000).”

And having blocked the use of Telegram within the country, the threat of closing down Facebook is not an empty one.

“If the government should block it, it will be blocked.” 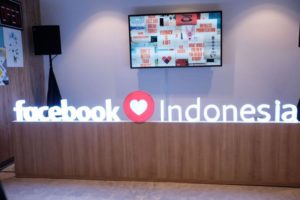 It’s also not the first time CA have entered Indonesia. SCL, the parent of Cambridge Analytica, was hired in 1998 after Suharto’s downfall by an unacknowledged entity to organize rallies in order for Uni students to “let off steam.”

“Large rallies were organized at each university… The events were so large that there was a general feeling amongst students that their voice really had been heard.”

Consider that for a second. Indonesian Universities were the original echo chambers of political discourse, AFK. Places where likeminded people came to vent their frustration, under the mindful operation and control of the very entities they were protesting against.

These exact same tactics, originally practiced in post-Suharto Indonesia, would be increasingly used to manipulate large swathes of online communities for political gain across the world. Trump’s election perhaps being the crowning achievement of what this kind of data manipulation is capable of.

Facebook may have adjusted their API (application programming interface), but our data is already scattered across the internet on a myriad of platforms after all those times we tick “Accept” to all those “Terms & Conditions”. 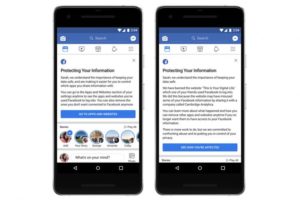 Now the internet knows more about you than you.

The important take away from this is the same as what we said in our last report on Cambridge Analytica in Indonesia.

Don’t believe the truth on the internet.

Get off your phone.

Enjoy the company of your friends and family outside 🙂